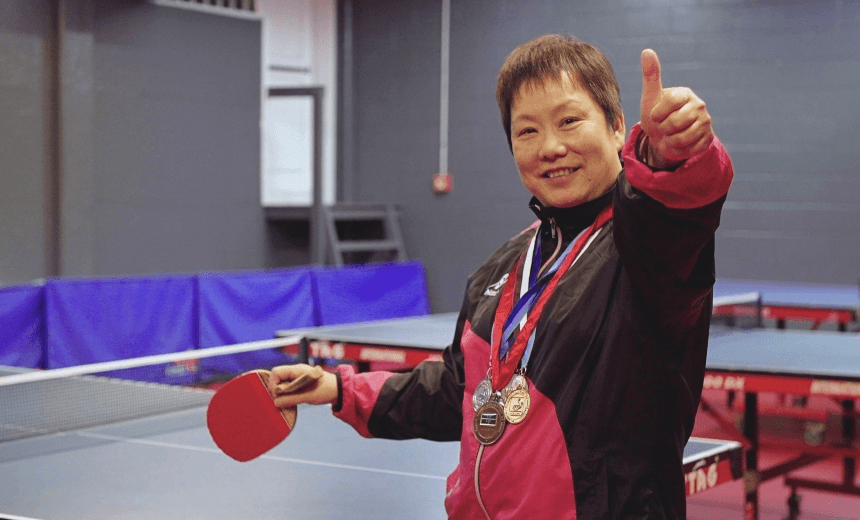 Scratched: Chunli Li is undefeated in New Zealand at 57

From tennis champions to dance craze inventors, Scratched celebrates New Zealand sporting heroes who never got their due – but whose legacies deserve to be in lights. This month, quadruple Commonwealth Games medal winner, Chunli Li.

Chunli Li moved to New Zealand in 1987 to retire from table tennis, aged 25. Instead, she was asked to keep playing and represented New Zealand at four Olympic Games and at the 2002 Commonwealth Games won an unprecedented four medals, aged 40.

Born in Guiping, China, Li was scouted at nine years old and sent to a specialist table tennis school in Beijing. Training up to five hours a day, she moved up the junior ranks, making the Chinese national squad and eventually winning a national title at 20. By 25, Li had retired from the national team and accepted an invitation to coach at the Manawatu Table Tennis Association in New Zealand. On the other side of the world, she couldn’t be beaten. Three decades later, Li speaks of a life spent serving one purpose, and keeping her Olympic medal dream alive.