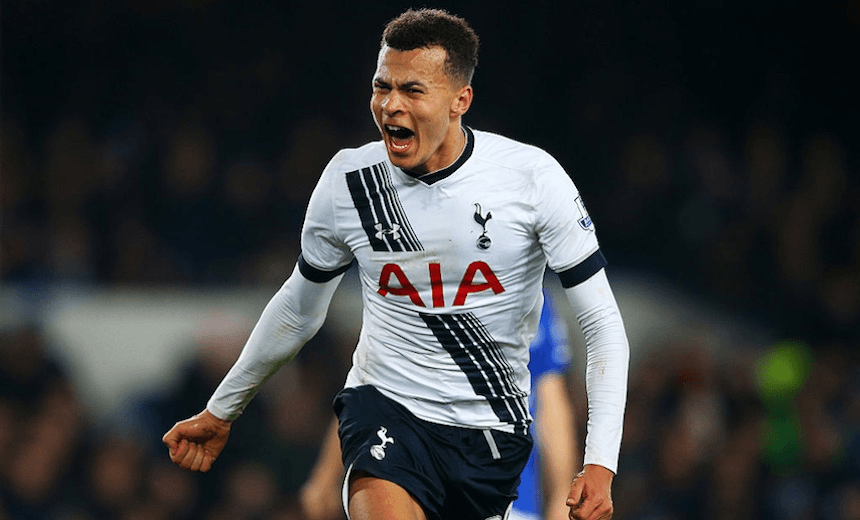 While we enjoy the magic of the FA Cup’s fourth round and await confirmation of Chelsea’s transfer deadline-busting signing of Neymar this weekend, let’s have a long hard think about the reality that Tottenham might win the Premiership.

This weekend’s round of Premier League games has been pushed back to midweek to accommodate the fourth round of the FA Cup, a stroke of scheduling genius which also allows clubs to concentrate on securing any last-minute deadline day transfers as the January window slams shut.

While any big moves – Aaron Ramsey to Barcelona? – will inevitably be left to the very last minute, Newcastle have continued their savvy shopping spree this week by acquiring Andros Townsend from Spurs. Always a fun club to follow, Newcastle’s spending of Townsend and Jonjo Shelvey has upped the stakes considerably for their need to avoid relegation. Desperate for a win, Newcastle next meet Everton, who lead the league in draws with 11 from 23 matches.

While the funniest transfer this January is undoubtedly Emmanuel Adebayor to Crystal Palace – he reportedly admitted he had to Google the club before agreeing to sign –  the best value could be former Everton mainstay Steven Naismith being lured to save an ailing Norwich.

The fair Scot made his debut for Norwich in one of the weirdest games of the season – a nine-goal thriller in which Liverpool rallied from 3-1 down in the second half to eventually win 5-4 – Adam Lallana scoring with the last kick of the match.

Elsewhere Arsenal ceded their position at the top of the table after going down 1-0 to Chelsea, with the evil genius of Diego Costa again the catalyst for their downfall. He drew the tackle which saw Per Mertesacker sent off midway through the first half, then biffed home the decisive goal shortly thereafter.

The result opened the door for Leicester City, who made surprisingly easy work of Stoke City to go clear at the top once again. Arsenal drop back to third, level with Manchester City after they rescued a point from their clash with West Ham.

It is possible that none of these teams will win the league. In the most surprising season in recent memory, will the champion in fact be Spurs? They overcame an early goal deficit to beat Crystal Palace 3-1, with 19-year-old football genius Dele Alli scoring what will surely be the goal of the season with a liquid three-touch volley. They move up to 42 points, just two behind Arsenal and Man City, and five behind Leicester. Time to hit up the TAB.

Leicester sit three points clear at the top of the table after seeing off Stoke City last weekend – they really, actually, could win the league? A win against an all-over-the-show Liverpool would go a long way, and this should be a fun game. Jamie Vardy broke a six-game Premier League goalscoring drought against Stoke, and feels like a near-certainty to add another one in this fixture.

A late substitute in Stoke’s 3-0 loss to Leicester City last weekend, and started in the team’s midweek League Cup semifinal second leg clash with former club Liverpool. While Stoke won the leg 1-0, the tie went to penalties where Crouch – who appears to be growing a beard – saw his attempt saved by Simon Mignolet. Stoke went on to lose the shootout 6-5.

Where Are U Now: André Santos

Will André Santos go down as the worst signing Arsene Wenger ever made? The Brazilian defender joined Arsenal from Fenerbahçe on the last day of the 2011 summer transfer window, and made 25 mostly hapless appearances for the club at left back. The final straw for Arsenal fans came when he swapped shirts with club hero-cum-nemesis Robin Van Persie at half time of a game against Manchester United. Santos was loaned out to Brazilian club Gremio in 2013, before a permanent move to Flamengo. In 2014 he enjoyed a season with Indian club FC Goa, and he now plays in the second-tier Swiss Challenge League for a club called FC Wil.

1. Who knew there was a player in the Premier League called Lloyd Doyley. An utterly perfect name.