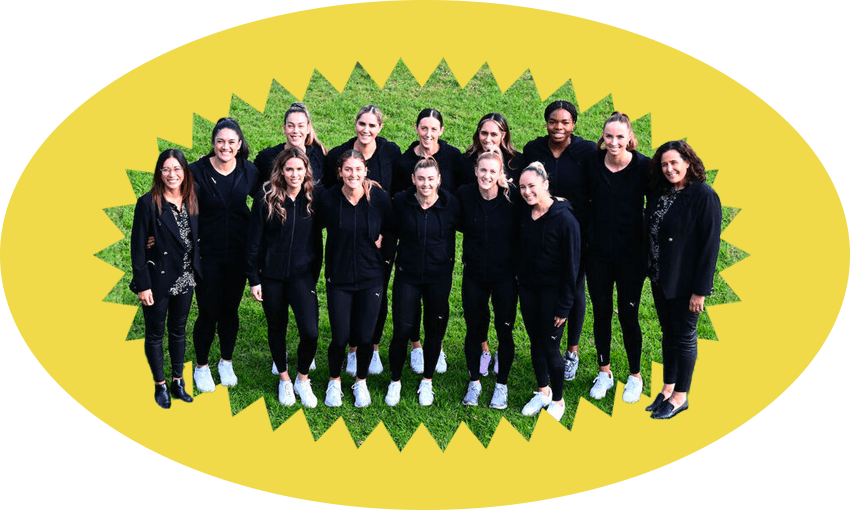 New Zealand is out for netball redemption in Birmingham after a shocker on the Gold Coast 2018. But which countries stand in our way?

New Zealand has a proud track record in netball at the Commonwealth Games. In six campaigns since the sport debuted in Kuala Lumpur in 1998, the Silver Ferns have medalled all but once, winning two golds and three silvers. The only time we missed the podium? Four years ago on the Gold Coast, when we placed an unthinkable fourth.

Birmingham 2022 presents an opportunity for redemption – though winning the tournament will be a tall order this time around. The gap between world netball’s five highest-ranked teams – New Zealand, Australia, England, Jamaica and South Africa – has narrowed in the last four years, and for once the question of which two teams will contest the final feels genuinely open-ended.

There’s pressure on Ferns coach Dame Noeline Taurua and her team of 12 to return home with their first gold medal since their unforgettable double extra-time victory at Delhi in 2010. And make no mistake, the Ferns are gunning for gold. But there’s also a pragmatic acceptance among fans and commentators that New Zealand might not quite have the goods just yet.

The Ferns are missing key battle-tested defenders Jane Watson and Katrina Rore (maternity leave), and Karin Burger (injury), as well as former captain and stalwart shooter Ameliaranne Ekenasio, who failed to meet stringent fitness standards after returning from her second pregnancy. They should all be back in contention for the 2023 World Cup, but the Ferns will miss their presence in Birmingham.

The path to victory starts with Northern Ireland, then Uganda, Malawi and Trinidad and Tobago before our final and likely toughest pool match against England. From there, it’s predicted New Zealand, Jamaica, England and Australia will duke it out for the medal placings. Just seven matches stand between the Silver Ferns and Commonwealth Games redemption. So who are the teams they have to get past?

Match one: Northern Ireland (Saturday, July 30 at 7am)

The Silver Ferns scored a 49-goal win the last time they faced the Warriors on the road to the 2019 Netball World Cup title. And yet Taurua was left unimpressed by how the Ferns finished that game, saying: “It was a bit sloppy and the basic skills were not at the level I expect.” New Zealand will want to start ruthlessly, although look out for whether their substitutions strengthen or diminish that outcome.

The gritty, undeterred She-Cranes should present the Ferns with their first real challenge. The African nation debuted impressively on the Gold Coast, tying with New Zealand and rivals Malawi after pool play. Unfortunately, Uganda narrowly missed out on a semi-final spot as the Ferns had conceded 18 fewer goals. With captain Peace Proscovia deadly accurate under the hoop, look for the Ferns defence to try to limit ball supply to the Ugandan superstar.

We know first-hand Malawi should never be discounted. The African nation’s first-ever win over the Ferns at the 2018 Games was a stunning reminder that any team can beat anyone on any given day. New Zealand avenged that historic loss a year later in Liverpool but the Queens, renowned for holding on to possession, remain a threat. If the Ferns can create and sustain defensive pressure, they should win much-needed turnover ball against the dauntless side.

Match four: Trinidad and Tobago (Wednesday, August 3 at 7am)

Besides Australia and New Zealand, Trinidad and Tobago (T&T) is the only other country to have won the Netball World Cup. Their victory on home soil in 1979 may have been a three-way tie with the trans-Tasman champions, but it shows the Caribbean nation’s heavyweight status in the late 70s and 80s. Since then, T&T have declined and Jamaica have ascended in their place as the Carribean team to beat. But the Calypso Girls, with their flair and speed, remain a handy test for the Ferns ahead of a potential semi-final against Jamaica.

Boasting over 900 test caps between them, and with a mix of battle-hardened veterans and youthful exuberance, the Roses present the Ferns with their hardest challenge of pool play. Whoever wins this match should top pool B, and Taurua is already anticipating the significance of this match: “That’s where our final starts”, she told Stuff. Matches against England earlier in 2022 suggest nothing less than a full 60-minute performance will be required from the Ferns here.

It’s hard to pick who out of Jamaica and Australia will be the easier opponent should the Silver Ferns qualify for the playoffs. Jamaica’s Sunshine Girls are indomitable defenders, and at the other end they have four-time Suncorp Super Netball league MVP Jhaniele Fowler under the hoop. For so long, the team has played for bronze – can this side break their finals hoodoo and fulfil their promise?

Australia’s trophy cabinet is largely empty, having not won a pinnacle event in seven years. With a reputation to restore, the Diamonds are dangerous – but can the inexperienced side clinch a spot in their seventh consecutive Commonwealth Games final?

Whoever the Ferns might meet, look for a settled starting seven, the injection of impact players at critical moments and Taurua’s masterful coaching.

The Ferns will have surpassed expectations if they make it to the “big dance”, as Taurua often describes the final. Of our three biggest rivals, England might be the “easiest” for New Zealand to face here – the coach will have their final pool match for immediate insight, reassurnce from the semi-final that the Ferns can withstand pressure, and strategies in hand to plug any gaps exposed 24 hours earlier. However it plays out, the Birmingham final will be another match for the ages, and netball will be the winner on the day.