Good morning and welcome to The Bulletin. In today’s edition: Health system stretched to capacity, travel paused to New South Wales, and feedback on the public sector pay freeze.

In the last few days there have been several deeply concerning stories about health system pressure, and what it is doing to those working through it. A particularly harrowing report was published this morning on the NZ Herald, which included a doctor saying they were told that patients would die if they took time off. That in turn left the doctor feeling suicidal, believing that there was no other way out of their hellish workload. Half of all senior doctors are now experiencing high levels of burnout.

The crisis is affecting patient care. The NZ Herald’s Emma Russell reports Auckland hospitals are coming up against capacity limits, with ambulances queuing up to get patients in to emergency departments. In Gisborne, Radio NZ’s Alice Angeloni reports bookings were halted for a fortnight on hip and joint replacement surgeries, because of fears that staffing levels wouldn’t have been safe enough for the procedures to take place. In the short term, those concerns have been resolved, but longer term it looms as an issue.

And there are additional stresses being put on the system by poverty and socio-economic conditions. LDR reporter Stephen Forbes covered fears that the way the GP system is organised means that care is not reaching places like South Auckland. As they’re generally small businesses, it makes much less business sense to operate in an area where people have less ability to pay. Extrapolating from there, a lack of access to this sort of healthcare means much more pressure is put on other areas of the system.

Quarantine-free travel between New Zealand and New South Wales have been suspended for 48 hours, after a handful of Covid cases in the Australian state. Our live updates reports that those who have travelled here in the last week are being asked to check locations of interest, and if they’ve been there to get isolated and tested. The timeframe of the suspension is under review, and it may be either extended, or lifted early.

I asked for your feedback, and it’s fair to say you delivered. In fact, my inbox was so heavily inundated by public servants bemoaning the government’s decision to impose a wage freeze that we decided to gather up the many points made and put them all in one place. For obvious reasons, the names and organisations have largely been anonymised, because public servants aren’t really meant to express political opinions. One point that came through really strongly – public servants tend not to be in it for the money, but they also don’t want to feel insulted by their bosses. Apologies if I wasn’t able to respond to your email.

Two other pieces on it to read: The first is from Bernard Hickey, who cannot fathom why the government is pivoting towards austerity, amid an explosion of Keynesian economics around the world and a pressing domestic need to recover from the economic hit of 2020. And the other one is a rare piece of positive feedback on this decision for the government. National-aligned blogger and Taxpayers Union co-founder David Farrar is thrilled, even offering ministers Grant Robertson and Chris Hipkins honorary TPU membership.

The number of new residential builds being consented has hit massive new highs, reports Interest. In fact, the all-time high of 41,028 beat the previous record set back in the mid-70s. That story breaks down the numbers in a bit more detail. But in qualitative terms, I really liked this line from the NZ Herald’s Anne Gibson – “we’re now in a golden period for housing construction, akin only to the era when big new suburbs like Auckland’s Glenfield were built.”

Fonterra is currently consulting with farmers on a major change to their capital structure, with a stated aim of making the cooperative more intergenerationally sustainable. The big question is over the future of the Fonterra Shareholders’ Fund, which is a vehicle to allow investors to buy shares in the cooperative. I’ll be honest, I don’t fully understand the implications of the structural changes. But the NZ Herald’s (paywalled) Andrea Fox certainly does, and as ever, her explainer is a must-read for anyone interested.

Expect more court battles in Sāmoa over the upcoming re-run of the election, and whether it will take place at all. RNZ Pacific reports the decision to hold another election in late May will be challenged by the opposition, on the grounds that it is unconstitutional. If it does go ahead, it is likely that only candidates who stood in the April election will be allowed to stand again.

Job news: The Spinoff is looking for an experienced finance director to join the team and help us grow into our next phase. If driving the growth of our organisation through astute financial oversight, strategic management and commercial and operational excellence sounds like a bit of you, read more here. 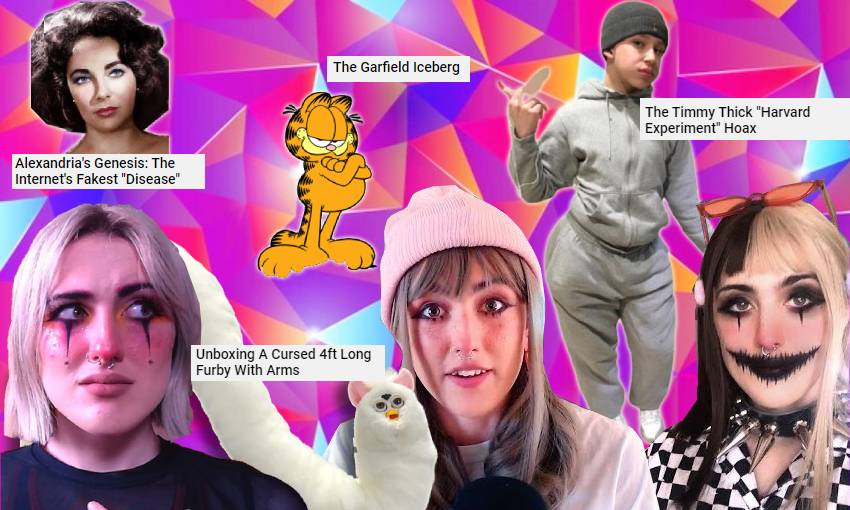 Right now on The Spinoff: Bernard Hickey writes about the financial priorities of the government, and why child poverty isn’t being drastically reduced. George Driver went to Invercargill to see work aiming to massively reduce exclusion and disadvantage. Kerry Ann Lee looks at the enduring appeal of Chinese typeface and letterpress design in the digital age. Auckland councillor Pippa Coom responds to critics of a decision to fell trees in Western Springs. Josie Adams meets an internet historian doing fascinating work documenting a weird era of the internet around the early 2010s. And Catherine Robertson has a great essay about publishing novels while you’re terrified of whether the book will sell.

For a feature today, a plague of pretty pests. Rabbits are once again overrunning large parts of the country, to the point where it’s becoming impossible to control their numbers in some places. Newsroom has been following the story all week with a documentary series – here’s an episode of that about the impact it is having on the town of Mōeraki. An excerpt:

Fleur Sullivan has taken to tooting her car horn to clear a path through the rabbits as she drives home each night from her internationally-renowned restaurant Fleur’s Place. She understands the issues but prefers not to crunch the pests under her tyres.

Fleur says she can’t help feeling a misguided fondness for the “sea” of ginger, black and grey creatures she passes every evening.

“There’s a carpet of rabbits at that hour of the night on the road. They’re everywhere. Hundreds of them everywhere. I have to toot the horn, I can’t run over them. You wouldn’t take pride out of driving home and guts, crunch, crunch, crunch all the way.”

In sport, a grim story, but one about justice being done. Former NRL player Jarryd Hayne will spend at least three years in prison, following a conviction of rape. The NZ Herald reports his defence team had tried to argue that prison was unwarranted, and that the loss of his career would serve as punishment. The judge disagreed.