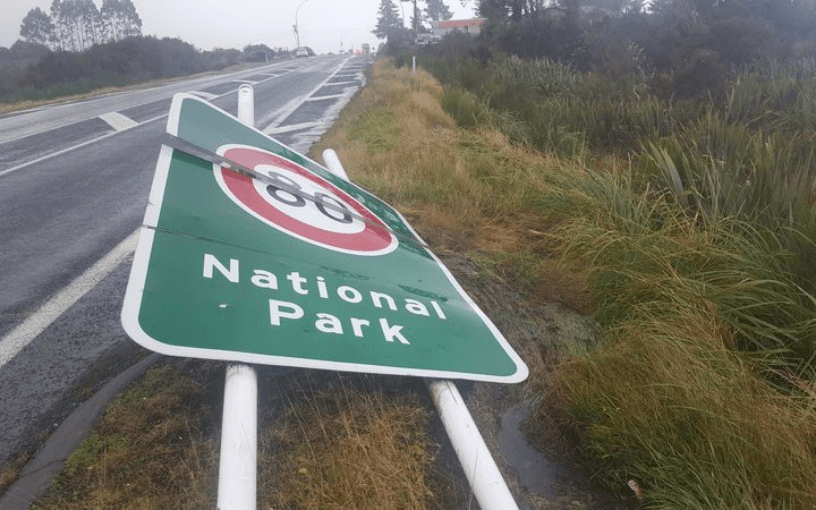 The Bulletin: How about that weather out there

Good morning, and welcome to The Bulletin. In today’s edition: There’s a pretty serious storm out there, Ngai Tahu thinks big, and dumpers are costing Whangarei charity stores thousands.

We wouldn’t normally lead The Bulletin with the weather, but this isn’t normal weather. Metservice has heavy rain warnings for Taranaki, Whanganui, the Hawkes Bay and Taihape, and strong wind warnings for much of the North Island, and around the Cook Strait. Power is out in tens of thousands of homes across Auckland – Vector has a map of current outages and estimated repair times. The will be delays to flights today, so if you’re planning on being in the air, check times.

The NZ Herald reports that those who can work from home today should, and to avoid any unnecessary travel, so make sure you forward The Bulletin to your boss to make them aware. There might be road closures in your area, so check in with NZTA‘s traffic map before you drive. And if you are out on the roads, just be nice to each other. It’s already dangerous enough without road rage.

The storm continues from yesterday, when the worst damage was caused by a tornado hitting the central North Island town of National Park. TVNZ reports that because there are a lot of vacant houses, the extent of the damage is not yet clear. Another tornado hit Rahotū in Taranaki, reports Radio NZ, also causing damage to about a dozen houses.

South Island iwi Ngai Tahu want to play a bigger role in Dunedin’s future, reports the ODT. Representatives of the iwi presented a submission on the Council’s 10 year plan, saying they wanted to be a partner and participant in the city, and had a big purse to invest. The timing of the partnership offer is particularly useful for the Council, who believe Dunedin is on the cusp of an economic resurgence.

This is a story from the Northern Advocate that really pisses me off – Dumpers are costing charity stores in Whangarei thousands of dollars a year to clean up their mess. It’s not helpful to just leave stuff outside a charity store whenever, because some of it will be unsellable. That means, in the words of North Haven Hospice shop retail manager Kathy McMillan, dumpers are “taking away from our patients that are dying.”

The PM says New Zealand would strongly oppose any militarisation of the Pacific, amid claims China is eyeing a naval base in Vanuatu, reports Newstalk ZB. Australia is also concerned, reports the ABC, although there have been angry denials from both Vanuatu and China that any base is being planned. China currently gives Vanuatu and other Pacific countries a huge amount of aid.

And, on the point about Pacific militarisation – that honour would surely go to the USA, who have bases in Guam, Hawaii, and Australia. Barry Soper has some useful analysis about what the increasing Chinese presence in the Pacific will mean for New Zealand’s place between two superpowers.

A follow up analysis to a major political story of the moment – do we put enough money into the health system? Stuff journalist Andy Fyers has found that it depends how you measure it, both politically and economically. In particular, he notes that National put more money into the health system with every budget, but has for the past few years been falling as a percentage of GDP. But the analysis is useful because it also makes clear that just the numbers themselves are only part of the picture – if people feel like the health system is well funded and working, then it is. Right now, it’s not at all clear that’s the case.

Meal kit company My Food Bag are expecting to list the business on the NZX by the end of next year, reports Stuff. It comes amid organisation reshuffles, with co-CEOs and founders James and Cecilia Robinson moving themselves into governance roles.

Right now on The Spinoff: David Faulkner has written in defence of property managers after recent criticisms. Sam Brooks is not a fan at all of Kylie Minogue’s new album. And a new episode of The Real Pod is out, with all the news that actually matters.

This section wouldn’t normally be used for a primarily audio piece, but this is something unique. Radio NZ‘s Kathryn Ryan facilitated a discussion on leadership between PM Jacinda Ardern and former Irish President, and UN High Commissioner for Human Rights Mary Robinson. It’s been edited slightly to fit into around half an hour, but absolutely flies by. It can be hard to find time for something like this, so maybe bookmark it for the weekend.

In sport, The Oceania Football Confederation President David Chung has quit, amid an audit into the ‘OFC Home of Football’ in Auckland, reports Stuff. Work has stalled on other buildings around the turfs, and the process to select a builder doesn’t exactly sound like best practice. Perhaps the most ominous line of the story was this: “Serious Fraud Office spokesman Henry Acland said it was aware of the matter but would not comment further.”

That’s it for the The Bulletin. If you liked what you read, and know other people who would find it useful, please forward it on and encourage them to sign up here. Thanks for joining us this morning – stay warm, stay dry, and stay safe.