Good morning and welcome to The Bulletin. In today’s edition: Controversy over funding for gang-run drug programme, sexual assault survivors say ACC is turning them away, and new government order mandating vaccines for border workers.

Controversy has erupted over a $2.75 million grant for a drug rehabilitation programme run by the Mongrel Mob, reported on by (paywalled) Hawke’s Bay Today. The Kahukura programme is aimed at filling a gap for people who are harder for social services to reach, and was funded from the Proceeds of Crime act. At the same time, Stuff reports a senior Waikato Mongrel Mob leader is facing meth distribution charges – which (if convicted) would severely contradict the more positive image that chapter of the gang has been attempting to build recently.

That’s a summary of facts of the story, and there are potentially nuances that have been flattened out as a result. For example, gangs are not necessarily monolithic entities, and different people involved in them may be trying to do different things. But for many, the decision will be shocking. Newshub reports National’s police spokesperson Simeon Brown described it as a “sick joke”, and said it was wrong for government funding to go to criminal organisations.

PM Ardern defended the funding, which her office had signed off on. As Radio NZ reports, she said it was showing signs of success, and made the point that to really address this kind of drug addiction, it helped to have people involved who have been part of that world. To quote from her post-cabinet press conference yesterday:

Survivors of sexual assault say they are being turned away from ACC, advocates have told Daisy Hudson of the ODT. It comes amid changes to how ACC manages sensitive claims – which to be clear, the agency denies has come alongside any loss in service delivery. But Male Survivors Otago manager Michael Chamberlain said in recent months he had come across four people who had been “denied or downgraded” by ACC for support. Chamberlain alleged that ACC is currently under pressure to reduce spending.

A new government order around vaccination for private sector border workers could be legally tricky to enforce, reports Radio NZ’s Harry Lock. PM Ardern acknowledged that it was a major step to demand people working in certain jobs must be vaccinated, but said current vaccine take-up is not high enough. Employment law advocate Ashleigh Fechney said the area would be complicated, particularly for those employed in the private sector, and hoped the government would step in with redeployment opportunities for anyone who can’t or won’t get vaccinated.

There are ongoing protests on Waiheke Island against the construction of a marina at Pūtiki. Last week, social media videos circulated showing violence against the protesters. Marae had an excellent story going inside the protest tactics, which they published in full on their facebook page, and which indicated the protests will be continuing for a long time to come. For more on the background to this issue, Charlotte Muru-Lanning wrote an explainer last month.

Auckland bar owner Leo Molloy has announced he’ll be running for mayor of Auckland next year, reports Newshub. The platform is in keeping with the sort of rhetoric Molloy deployed in this profile of him by Duncan Greive, only updated for the post-Covid era. Molloy’s announcement – if it actually comes to fruition – could actually shake up the race for mayor a bit. Right now there’s a lot of doubt over whether incumbent Phil Goff will stand again, and right now a lot of potential contenders are keeping their cards close to the chest.

A fantastic new show has just emerged that seeks to explain the modern internet: It’s called Extremely Online and comes from the team who make (hopefully spam-filter friendly) Shit You Should Care About, a social media team that has built a global following for their innovative and effective treatment of news. The SYSCA team has been working out of The Spinoff’s offices recently, and they’re very lovely people too. Here’s the first episode of Extremely Online, with a forward from Duncan Greive. And don’t just take my word for it: Business Desk’s (paywalled) Dan Dunkley did a great feature recently on how they’re changing the way news is consumed.

Cool job alert! More specifically, my current job. We’re hiring for a new editor of The Bulletin, and the hope is for someone with a vision for how it could be developed further. Whoever gets this job, I look forward to reading what they come out with. 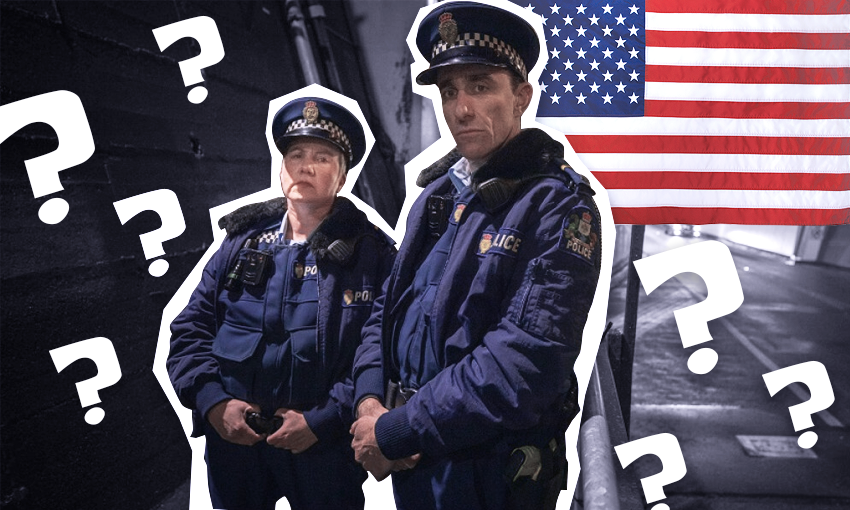 Right now on The Spinoff: Chris Schulz raises an amused eyebrow at the baffled response from the US at seeing TV show Wellington Paranormal for the first time. Tom Eats recounts his personal experience of the moment his hearing came back, through a cochlear implant. Rosie Collins writes about why consumers may not enjoy the transition to more renewable energy. The latest episode of Conversations that Count, in partnership with Massey, looks at the future of money. Charlotte Muru-Lanning, in partnership with Otago Uni, looks at the push to bring Māori perspectives to water safety. And hunting legend Peter Ryan takes his son to stay in a back-country hut, and remembers a turning point 10 years prior.

For a feature today, some more strong work from a very high performing investigative team: Radio NZ in-depth reporter Farah Hancock has dived into the data around land sales to overseas investors, and found that despite the popular understanding, it’s actually the USA where the bulk of that money comes from. Despite Overseas Investment approval requiring a national interest test, very few of these sales get declined. Here’s an excerpt from this detail-heavy story:

Sale of land to foreign interests over the past 10 years netted around $1.4bn for dairy, $320m for other farming, $530m for forestry and $465m for wine. The value of some transactions are confidential.

Foreign interests from the United States bought the most land for forestry, dairy, farming and wine making.

People from the US also bought the most land (45 percent) for dairy operations. China was in second place, with 18 percent of purchases and Germany third, with 10 percent. Most of the land sold in Canterbury went to US purchasers, while Southland land went to German buyers.

In sport, the Warriors won’t be coming home after all. The NZ Herald reports the NSW Covid outbreak has forced the cancellation of their scheduled return to Mt Smart Stadium, which would have been the only proper home game of an otherwise pretty dismal NRL season. Given the competition is already dominated by Sydney teams, it has been thrown into disarray by the outbreak, and a whole range of teams have had to move out of state. The Warriors are currently 12th on the table, and can certainly still make the top eight, but are just playing like garbage this season so probably won’t.