For a lead story today, a confrontation that has been brewing for a while, with several flashpoints along the way. Corrections minister Kelvin Davis has accused activist group People Against Prisons Aotearoa of “basically inciting” prisoners to disorder, in particular through a pamphlet that referenced the Waikeria riot and advised prisoners unhappy with living conditions to protest, reports Radio NZ. Davis brought it out in parliament under questioning from Māori Party co-leader Rawiri Waititi on the conditions in prison, noting that Waitati himself was quoted in it. Davis told reporters he wasn’t “saying he’d [Waititi] distributed it, but he is quoted in it”. The pamphlet has since been referred to police.

Waititi had been involved in ending the multi-day riot, by going into the prison to secure the surrenders of those who were still holding out. He said he was “flabbergasted” to have been accused by the minister in such a manner, and said Davis was “choosing to deter us from the actual kaupapa which is around the incompetence of Corrections at this particular time to look after our people in prison.”

The incident in turn prompted a partly derisive, and partly angry reaction from activists groups, including PAPA. Their response can be read here. One point that has been made is the argument that it isn’t a subversive document – you can read it in full here. In large part, it advises prisoners of their rights under law, and outlines organising methods to secure those rights. There is also a crossword and Sudoku on the back page.

Activist groups have subsequently accused Davis of using the issue as a smokescreen for conditions within prisons. Justspeak put out a release saying “minister Davis needs to take responsibility for the systemic failures in Corrections facilities across Aotearoa and demonstrate his Government’s commitment to actually making change, rather than attempting to deflect attention from the human rights abuses happening on his watch.” And Amnesty said “the portfolio he [Davis] is responsible for, Corrections, has committed grave human rights violations and broken New Zealand and international law. And this has a human cost.”

An important piece of context for this story: Radio NZ’s Guyon Espiner reports a district court judge has just issued a stinging assessment of conditions in Auckland Women’s Prison, which found degrading and cruel treatment and multiple examples of Corrections breaking its own rules. It stands to reason that if it is happening in one prison, we might well suspect that it is happening in others too.

An independent review into Wellington City Council’s governance issues has been called by mayor Andy Foster, reports Stuff’s Damien George. Foster said the council is at a crossroads, and something needs to be done to draw a line under the infighting and dysfunction. Collecting reaction, the NZ Herald’s Georgina Campbell reports some councillors were taken by surprise by the announcement, and a subsequent press conference. Others spoke in support of it as a necessary step. In the end, a standing vote was held on whether to proceed with the review, passing unanimously.

Amid an uncertain future economic outlook, the Reserve Bank has opted to keep the Official Cash Rate at 0.25%, in their first update of the year. Interest reports governor Adrian Orr is concerned “in large part by any future health-related social restrictions” and so left the rate where it was. A low OCR, along with the Large Scale Asset Purchases programme, has been partially blamed for overheating the housing market sector of the economy, but it is clear from the decision that Orr has kept the stimulatory rate in place because of the bank’s remit around propping up employment, and managing inflation.

A government announcement about housing twelve families through the Progressive Home Ownership scheme has backfired somewhat. Given it has been going since 2019, and millions of dollars have been spent, twelve isn’t many. Stuff reports minister Megan Woods has defended progress to date, on the grounds that the process is complicated, and that more families are in the pipeline to get homes soon. For more on dubious government announcements, Danyl Mclauchlan has revealed a $950 million fund to help Brent get haircut.

A push is underway to remove STV as Dunedin’s local electoral system, reports the ODT’s Grant Miller. The initial petition, which was aiming to force a referendum on the issue before the 2022 election, has failed to get enough signatures in time, but campaigners say they’re on track to get enough signatures in time for a referendum alongside that vote. The issue appears to be something of a proxy war between supporters of mayor Aaron Hawkins, and Cr Lee Vandervis, who beat Hawkins on first preferences in the last STV election but eventually lost when other preferences flowed to Hawkins.

A freshwater survey of Lake Wairarapa has revealed some deeply concerning results for the future of a species. The Times-Age reports not a single juvenile kakahi was seen – a type of mollusc which helps filter the water in the lake. Surveyors were encouraged by sightings of adults, but there is a risk the species will hit a tipping point in which it becomes functionally extinct.

Another economic blow for Whakatāne: Radio NZ reports plans have been announced to close the mill, along with the loss of more than 200 jobs. In fact, under the current proposal all staff would be made redundant. The wider economic considerations include the potential for more raw logs to be shipped overseas, rather than processed domestically. Whakatāne has had some tough times recently, having to deal with losses from events like the Whakaari eruption, and Covid-19 demolishing international tourism. 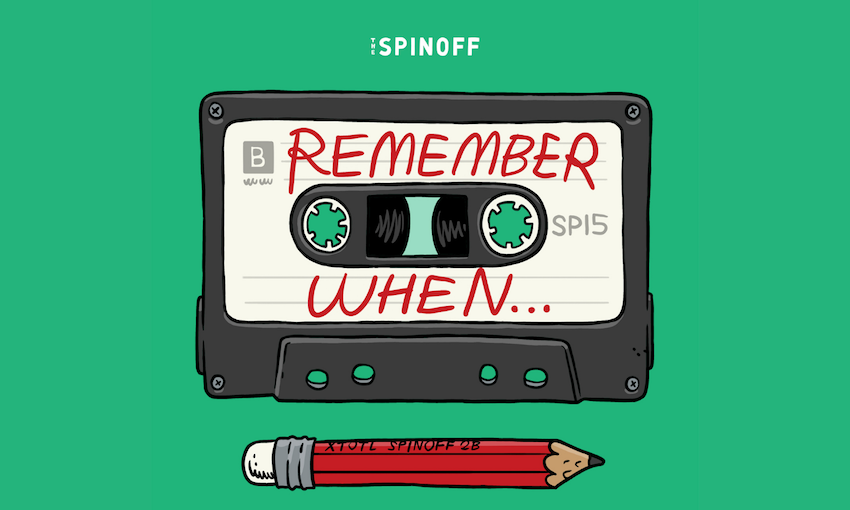 Right now on The Spinoff: Kiki Van Newtown has experienced first-hand the dire state of our maternal health services, and is calling on the government to take urgent action. Dylan Reeve explores the strange story of Lucinda Baulch, the Australian conspiracy theorist in managed isolation who refused a Covid test. Jihee Junn reports on Menulog stepping up their efforts to take on Uber Eats. A group of experts write about risk tolerance in New Zealand a decade on from Christchurch. Alex Casey listened to twelve full hours of Magic Talk, and believes she may have done irreparable damage to her brain in the process. Final Mix goes for a drive out to Piha with musician TEEKS to listen to some of his new tracks.

And a cool new podcast series on The Spinoff has just launched: Remember When looks back at the things that used to dominate our cultural life, and have somehow slipped away from the public consciousness. The first two episodes respectively focus on the Slenderman phenomenon, and the era of the drinking age being 20.

For a feature today, a more critical look at the Christchurch rebuild, and what might have been instead. Writing for Slate, James Dann has outlined how some of the genuine community level energy was squandered in place of develop-led big ticket projects. Some people are going to disagree with his assessment, but in my view it’s a perspective worth airing. Here’s an excerpt:

Plan, but don’t dictate. At times, the rebuild authority seemed to get bogged down by its own rules. The first building that was built in the CBD post-earthquake was pulled down a year later, as it didn’t fit within the Blueprint plan. It was leveled so a road could be widened by a few meters. The site still sits empty to this day. The Blueprint also tried to force similar types of activity to cluster together in “precincts.”

Perhaps the most egregious example of this was the much-mocked “innovation precinct,” where visionaries and entrepreneurs and dreamers were expected to come together in a two-block area arbitrarily set down by government decree. The result is that Christchurch now has the dystopian-sounding Justice and Emergency Services Precinct and the truly inspirational International Rental Car Precinct, while the Performing Arts Precinct and Ngai Tahu Cultural Precinct have been quietly shelved.

Top golfer Tiger Woods has suffered severe, but not life-threatening injuries in a car crash. As Stuff reports, he now faces an extensive period of recovery before it will be possible to compete again. There was no evidence to suggest he was driving impaired.