Bachelor superfans Jane Yee and Tara Ward grab their roses and climb aboard the paddleboard of love to discuss the grand finale of The Bachelorette NZ.

Hear Jane Yee and Duncan Greive grapple with Lexie’s decision in this special emergency edition of The Real Pod. Subscribe via Apple Podcasts, Spotify or anywhere else you listen to pods.

Tara Ward: Jane, we’ve come to the end of our Bachelorette journey. The results are in, the final rose has been given, and the Pascoes engagement ring has been placed on the… middle finger? After four hectic weeks, Lexie chose which bloke she wanted to spend her summer with, and blow me down and cover me with a bucket of raw fish, it was Hamish. HAMISH. You must be thrilled.

Jane Yee: What did I just watch? I am so shocked. Pass me the Baileys. 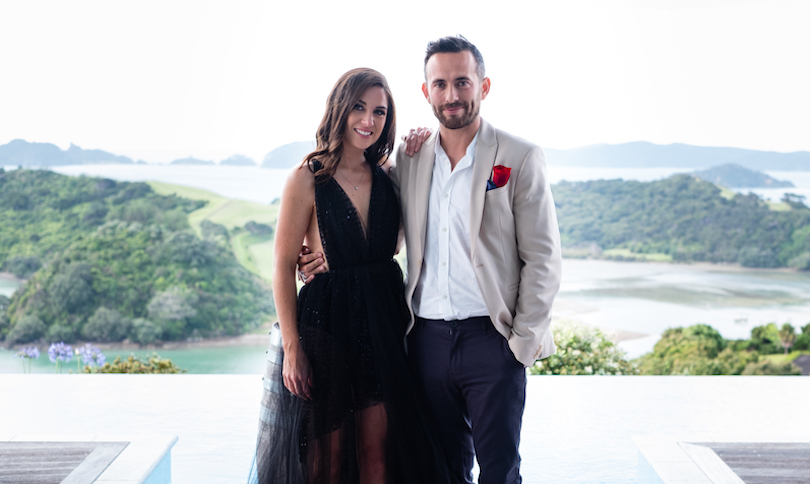 She wants to go fishing with him all summer long, you guys. (Photo: TVNZ)

TW: Sorry, but because of Lexie’s choice we can only drink Hamish’s beloved hot chocolates from now on. That’s love for you, it makes you do wild things like calling your boyfriend “sausage” on national television and sending Australian Todd back to love quarantine. Poor Todd. Our last memory of him will be him sitting in that garden bed, having a wee cry.

JY: I was never a big fan of either Todd or Hamish (Team Jack forever and always) but I have to say, the pair made a last minute clutch play for my heart in this final episode. I warmed to them both like a hot choccie straight from the steamer.

TW: That sounds as delicious as Hamish’s lovely grandpa robe during his fantasy date with Lexie. Was it the robe that sealed it for our Bachelorette? We know the answer is yes. 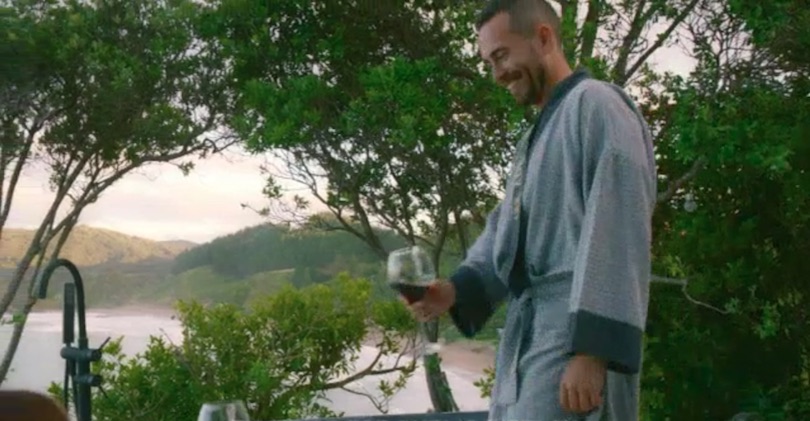 A robe by any other name would smell as sweet.

JY: There were two big fashion moments in this episode. The first was the gaping hole in the armpit of Hamish’s robe at the 1990s luxe Donkey Bay Inn. The second was Lexie’s dress. Holy hot chocolate, can we even call it a dress? Bolts of chiffon cinched at the waist over a pair of giant undies never looked so good.

TW: It was very glamorous and definitely something I would enjoy doing the housework in, but it also allowed a lot of cold air near the kidneys and I grew up being told that was dangerous. Where was Hamo’s dressing gown when we needed it? Lexie was risking a lot for love in that moment.

JY: Would we use the word “love” though, Tara? While I’d like to believe Lexie and Hamish are in the throes of the greatest passionate love they’ve ever known, I haven’t seen a skerrick of evidence to suggest this.

TW: Excuse me Jane, I give you Exhibit A: the incredible massage Hamo gave Lexie during their final date. Love is pain, and it looked like that actually hurt. 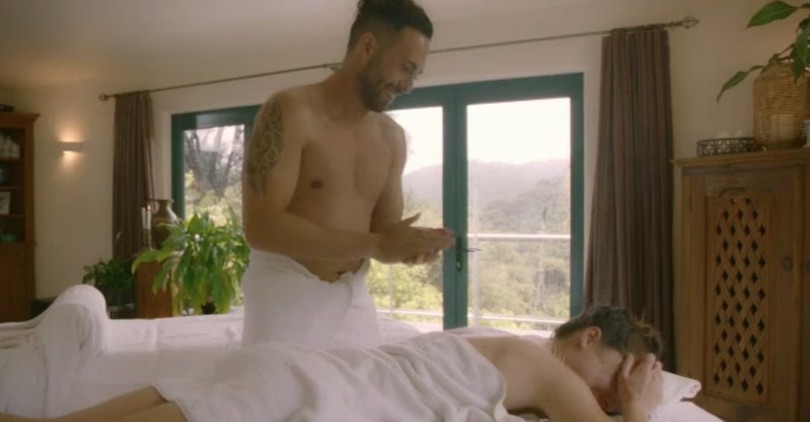 JY: I believe the words she used to describe the sensual experience were “I cannot”. I took that to be foreshadowing who she was going to give her final rose to, but I was wrong. In all my years watching the highly dramatic US version of this show, alongside the slightly more subdued NZ version, I have never been so shocked with a result as I was tonight. I am quaking.

TW: I loved the tension leading up to the decision. Both men driving to Lexie’s house! Both sets of legs walking down the corridor! Whomst would come out first? I was so nervous I could have eaten an entire raw egg, shell and all, like old mate Dave from episode two.

JY: I was in more knots than Lexie’s dress and I was hoping in their final speeches to one another we’d get some answers. But Lexie did all the talking? Why didn’t the lads have an opportunity to plead their case one last time?

TW: Perhaps they’d said everything they needed to say at Ye Olde Donkey Kong Inn. I don’t even think Hamish offered up a nervous giggle. Disappointing. Lexie and Todd enjoy a chunky throw on their fantasy date.

JY: I wonder if things might have been different if she’d gone ahead with the fantasy part of the fantasy dates?

TW: I mean, I would’ve sent the lads home and stayed to order room service on Warner Brothers’ account. Some free garlic bread and a hot chocolate with extra marshmallows, plus a delightful sunset to enjoy in my own sweet solitude? *chefs kiss*.

JY: Aside from not being able to kanga his roo in the fantasy suite, what else went wrong for Toddy? Was it the obvious disapproval of the Todd Squad? Was it his inability to talk fishing with Lexie’s family? Was it the large body of water between Australia and New Zealand that would render babymaking nigh on impossible? Any one of these things could have been a deal breaker, but Tara, I’d like to posit that Todd’s final downfall was his inability to stand up on a paddleboard.

TW: Agreed, your honour. Has a date in a wetsuit ever ended well? History will prove the answer is no. Poor Todd. The paddleboard was out to get him, and get him it did. Poor Todd has flashbacks to the paddleboarding (Photo: TVNZ)

JY: Not even sheep socks could save Todd from a public shearing of dignity. RIP Todd, here’s hoping Nonna has some gnocchi on the boil. It’s been a lovely season, perhaps a little lacking in drama, but if nothing else it has raised awareness of hot chocolate drinkers the nation over, so kudos to the franchise for this bold move in minority representation.

TW: That’s exactly the type of progress I like in my reality TV shows, and as one romantic door closes, another one opens, right?

JY: As we wave farewell to Lexie and her lads, it’s time to roll out the red carpet for Moses and his maidens. No need for me to wait patiently like a holey robe in search of needle and thread, because our next journey to forever love begins tomorrow night!

The Bachelorette NZ is now streaming in its entirety on TVNZ OnDemand, and a new season of The Bachelor NZ — starring Moses Mackay — starts on TVNZ 2 on Tuesday 2 March at 7.30pm.