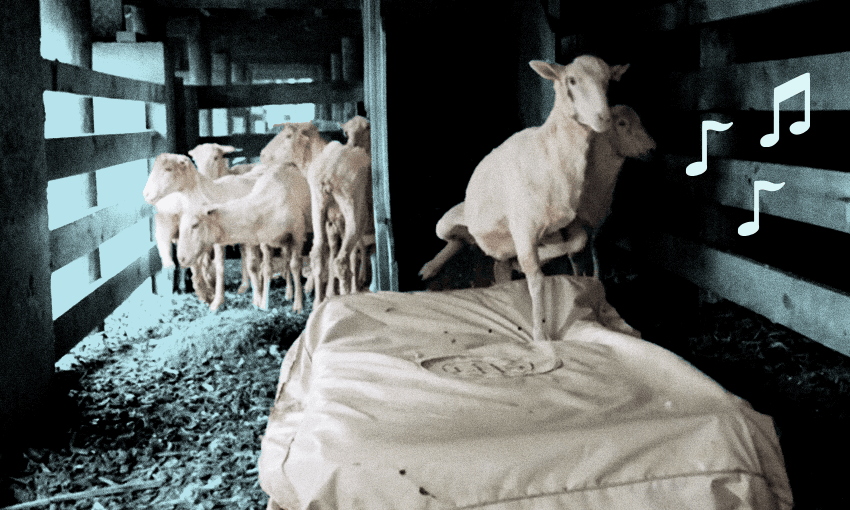 After 56 years on our television screens, Country Calendar finally went rogue. Last Sunday night, the placid documentary series that celebrates shearing and silage featured an episode filmed on Lake Hāwea Station in Central Otago. It followed a wealthy farming family who use unconventional methods to nurture and protect their stock and land, and it made farmers around the country steaming mad.

Viewers turned against the top-rating series like never before, expressing their outrage on social media. This was the worst episode of Country Calendar they’d ever seen, they said. This wasn’t real farming, they argued. Some turned their televisions off in disgust, others accused the show of breaking their hearts. Over 1,500 comments about the episode filled the Country Calendar Facebook page, and while many praised the farm’s approach, the majority of comments were negative.

On Tuesday, Country Calendar made the unusual move of addressing the negative feedback. “Hyundai Country Calendar is about all sorts of rural people, rich and poor, doing all sorts of things – sometimes different from the norm,” they wrote on Facebook. “We think it’s good to show what different types of people are doing on the land and let them have their say.” In another post, they said they knew viewers would find the episode challenging, but that the owners of Lake Hāwea Station are as passionate about the land as any other farmer featured on the series.

Farmers turning against Country Calendar? Say it isn’t so! Let’s slide down the shitty drop chute of social media and into Country Calendar’s farmy arms to find out what all the fuss was about.

The iconic, gentle twang of Country Calendar’s theme song begins. Dogs around the country begin to bark in joyous anticipation, and everything is as it should be.

We meet Geoff Ross and Justine Troy, two “urban entrepreneurs” who purchased Lake Hāwea Station in 2019. The founders of vodka brand 42 Below both grew up on and around farms, and the pair wanted to return to the challenges of the land.

Lake Hāwea Station is Australasia’s first certified carbon zero farm, and Geoff and Jussie speak of their immense respect for the farming community. They also describe themselves as “natural disrupters”. “We weren’t going to arrive into the sector and not try and ask some questions,” Jussie says.

The trouble begins. “I got two minutes and 12 seconds into this episode and quit,” one disgruntled viewer announced on Country Calendar’s Facebook page. “Wokeness has invaded Country Calendar. Switched over to Family Guy after three minutes,” another said. Family Guy is an award-winning cartoon that also features unconventional approaches to farming, while Country Calendar is yet to show a cow driving a convertible.

Jussie explains compassion for animals is at the centre of everything they do on the farm. This led them to painting the shearing shed white to identify any bleeding sheep, and adding “beautiful” little mattresses at the end of the drop chute to give freshly-shorn stock a softer surface to land on.

Those aren’t the only changes. Scorecards are used “to incentivise the shearer on the experience of the sheep”, and classical music replaces the heavy metal bangers in the woolshed. “It’s about gentle music that make the animals feel more calm,” Jussie says, who acknowledges not all shearers appreciate the switch. “When I come along and ask for Debussy or Vivaldi, everyone’s like, oh that’s a bit of a buzzkill.”

Buzzkillers swarm to Country Calendar’s social media in response, questioning if this was one of Country Calendar’s famous pisstake episodes from when farming was farming and turkeys wore gumboots. “Scorecards for shearers is crapola,” said one commenter, dropping some classic Kiwi farming lingo. “Remind me to roll out the red carpet next time we weigh the heifers!” said another, which seems a lovely way to support our wool industry. “I am a little surprised the sheep couldn’t pick their hairstyle on the way in. Seemed a bit mean,” wrote one disappointed fan. Fingers crossed we get a follow-up episode to see if this dream comes true.

Geoff Ross explains these changes are to reassure overseas wool buyers that shearing doesn’t harm sheep. The audience is far from reassured, declaring the episode to be “marketing bullocks”, “oh so fluffy” and full of “dribble”. “I’m sure our city friends would have loved it,” one acerbic onlooker concludes, cutting straight through every townie’s soft mattressy core.

Geoff takes us to the paddocks above Lake Hāwea to discuss the farm’s regenerative planting processes. “You can’t complain about the view,” a worker tells us, but of course you can. “All I seen is a bunch of rich pricks pushing bs agenda,” someone complains, a quote that probably won’t be picked up by Tourism Wānaka.

Cows, grass, tractors. “Country Calendar is not the program it once was,” a commenter writes. The Ross family discuss their predator control efforts to increase the local skink population, and the 17,000 native trees they’ve planted. It’s 17,000 too many for some. “Country Calendar used to be the best show on TV. Unfortunately now it’s unwatchable. Should be called ‘Country Life Style’,” suggests one helpful viewer.

Geoff and Jussie’s youngest son talks about his passion for hunting, but doesn’t mention if they play Vivaldi to the stags before they shoot them. “An embarrassment for real farmers to view,” reads one comment.  “Can we get back to innovative farming please,” says another. “Still convinced it was a set-up!” writes a third, possibly a turkey wearing gumboots.

Geoff and Jussie hope their work will inspire others to make farming become a solution, rather than a problem, in the climate crisis. Country Calendar’s most controversial episode is over, but not before becoming the highest rating episode of the season. It’s no wonder. “I”m going to watch this again, just to make sure it isn’t a joke,” wrote one viewer. “Unbloodybelievable”.

Country Calendar is on Sunday nights on TVNZ 1 at 7pm and streams on TVNZ+.