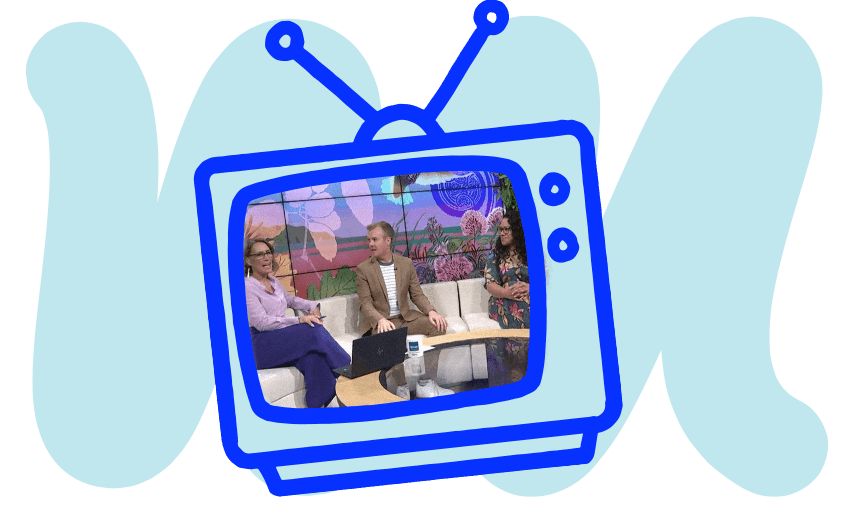 Breakfast keeps calm and carries on

It’s been a hell of a week for TVNZ, but what about Breakfast, the show at the centre of it all? Tara Ward watched this morning’s episode to find out how the show is faring.

Breakfast has been in the spotlight this week, after the departure of new presenter Kamahl Santamaria after 32 days in the role. TVNZ initially explained Santamaria’s absence as a “family emergency”, but it was later revealed he quit after a TVNZ staffer made a complaint of inappropriate behaviour. Since then, concerns have been raised about Santamaria’s recruitment process, the TVNZ CEO has apologised, and TVNZ head of news and current affairs Paul Yurisich has gone on leave.

After such a nightmare week for TVNZ, I wanted to see how Breakfast was faring. Nothing wakes you up quicker than a bit of breaking news, and Breakfast got me good this morning: Elvis has left the building. Presenters Jenny-May Clarkson, Indira Stewart and Matty McLean began Friday’s episode with the news that Elvis Presley themed weddings are now banned in Las Vegas, due to licensing issues.

Breakfast was shook. Matty’s favourite Elvis song is ‘Hound Dog’ and Indira likes ‘Love Me Tender’ and it’s going to rain all day, New Zealand, so don’t forget your jacket. Then they all danced, ever so slightly, as ‘Suspicious Minds’ played them out to the first ad break. See? Breakfast is fine. Everything is fine. It’s cloudy in Gore with a high of 9 degrees, and later we’ll be tackling gun violence and the war in Ukraine, all before the seven o’clock news.

The Breakfast team seemed determined to be upbeat, despite needing to cover a shitstorm of depressing events. There were interviews about China’s presence in the South Pacific and social and cultural inequalities in health, but throughout, the team kept calm and carried on. There were moments when it seemed tough. During an interview about how to solve community gun violence, Jenny-May simply sighed mid-sentence and left her question hanging, summing up how many of us feel about a lot of different things at the moment.

The ghost of The King lingered through the morning. Viewer Lisa emailed in to tell the nation her husband’s favourite Elvis song, while another sent in photos of their own Las Vegas Elvis wedding. “It’s iconic,” Matty said. There’ll be heavy rainfall in Wellington and sunshine in Nelson, so walk your dog before lunchtime, Indira advised. “Just stay home,” said Jenny-May, sighing again.

After eight o’clock, Breakfast seemed more at ease as it left heavier issues behind, focusing instead on beer tasting and cars that look like rockets. Matty interviewed ZM’s Bree and Clint, the proud new owners of a unique space rocket vehicle. “I was never able to afford a house in Auckland anyway,” said Bree, who’s an astronaut now. They’ve planned a rocket road trip around Aotearoa. “I want to go to Mars, he’s more of a Uranus man,” Bree said of Clint. “You and me both, Clint,” Matty replied.

After roving reporter Matt Gibb jokingly complained about his rough week travelling the country visiting Sofitel hotels (“you’ve had a rough week,” Jenny-May sighed), Breakfast signed off for another week. “We made it to Friday,” a relieved Matty said, as the three presenters sat together and thanked their viewers for their support and “good vibes”.

They were a united trio, brought together by a love of Elvis and Daniel Faitaua’s skinny jeans. The Breakfast presenters spoke earlier in the week about the changes on the show, and it’s obvious they don’t want to let their viewers down. So far, so good. Breakfast has always danced a fine line between big banter and big news, but this morning they proved they can do both under the toughest of circumstances. Elvis might have left the building, but Breakfast is here to stay.

Breakfast screens on TVNZ 1 on weekdays from 6am, and on TVNZ OnDemand.