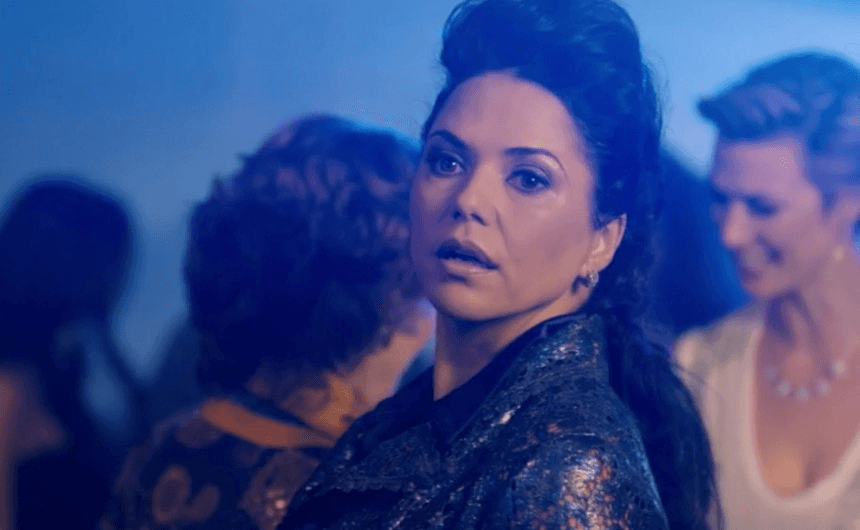 New Zealand’s most ridiculous drama is back, and as bad as ever

A year on from a critically-mauled first season, big-budget local drama Filthy Rich returns. Duncan Greive watches to see if they’ve fixed what was broken.

A persistent criticism of the dialogue in Rachel Lang and Gavin Strawhan’s shows is that it sounds stiff and dated. It seems to come from an imagined New Zealand past which might never have existed. We certainly don’t speak that way now. The good news is that in the new season of Filthy Rich, which returned for its second season on TVNZ2 last night, they have at least attempted to fix that problem. The bad news is how.

“So. Running shit? Check,” says Josh Mackenzie, a 30-something bad boy. “Social media? A-double check. Morale? Checkety mother-flippin’ check all over that ish.” Seriously. That’s verbatim for what passes as contemporary New Zealand language. But just in case you imagine the ancient style has been abandoned entirely, the very same character later utters these words: “Ah, that place [church] is a font of fire and brimstone.”

It’s probably unnecessary to point out that no one on earth has ever said anything like that, and that the likelihood of the same person uttering both lines is nil. Unfortunately it’s not the only element which feels beamed in from another universe. The lighting, the outfits, the locations, even the colour palette’s purples and crimsons all recall the heady atmosphere and intrigue of The Strip – a groundbreaking local production for sure, but one which broke its ground in 2002.

The music, too, eschews the transportative local anthems of the likes of Outrageous Fortune in favour of what often sounds like stock music, with a lone Dawnraid song cutting through. It’s a place which could have clearly differentiated it from the soaps it’s trying to pivot off. Another opportunity missed.

It’s a shame, because the idea of a high-concept soap is not a terrible one – the first season of Empire was a smash hit and not far short of a masterpiece. But it had crackling dialogue, brilliantly OTT performances, and, most vitally, it was constantly winking at its audience. Bringing us in on the joke.

Filthy Rich is not joking. It’s filled with former stars of Shortland Street, a superb and slyly funny piece of soap production and writing. Shortland Street alumni pepper most New Zealand productions, but the unfortunate reality is that if you’re attempting a luxury soap then using actors mostly familiar from our most famous soap renders the trick that much harder to pull off.

The setup is that of multi-polar battle for the assets and soul of TruebridgeHunt, the firm left behind by founder John Truebridge. His ex-wife Vivian has taken control of the business, and she’s a fairly rote villain (though Theresa Healey’s performance is, at least, enjoyably ruthless) with an even more cardboard henchman in Fisher. The half siblings are stumbling about, trying to figure out how to operate in the absence of ousted matriarch Brady Truebridge and shoring up their relationships from season one. A lot happens across the episode’s span, yet little is advanced.

It’s not entirely without merit. There’s a neat symmetry to the way it opens. Season two begins as season one did – a body at the base of a tall building, with a mystery attached. That’s cute. And the general setup of the business arc is a great conceit: Brady, season one’s widowed heroine, hatches a plot of buy off her rival’s divested assets to build a rival conglomerate.

There’s a scene at a trucking company where Brady articulates this vision, and recruits a partner in the mission. It swells and builds and incorporates another strong female character – of which there are many – and is a perfect end note after an hour’s fairly lumbering plot advancement.

We cut to ads. And then it goes on for another excruciating half hour.

Yes, this modern high gloss soap’s comeback episode runs for 90 minutes, literally three times the length of the average episode of the format it’s aping. It’s exhausting, and infuriating. The girth gives the viewer more time to dwell on the fact that this very expensive production – made with $6.9m in NZ on Air funding, bring its running total to $15m over its lifespan – contains so little to proclaim its country of origin. Save for some ethnicities and locations there’s nothing which comes close to capturing what is unique about out vernacular, our character, our way of life.

Instead what we have is a flimsy and anachronistic caricature of the lives of the wealthy, constructed by talented people doing their best, doomed by cheap material. This was perhaps excusable in its first season, or at least explicable. But not in 2017. Unfortunately, after nearly 20 years of groundbreaking and hugely popular television advancing the form all over the world, Filthy Rich – funded and pitched as our major dramatic production of the year – remains mired in a stagnant and ludicrous past. It’s just long past the time when this was good enough.