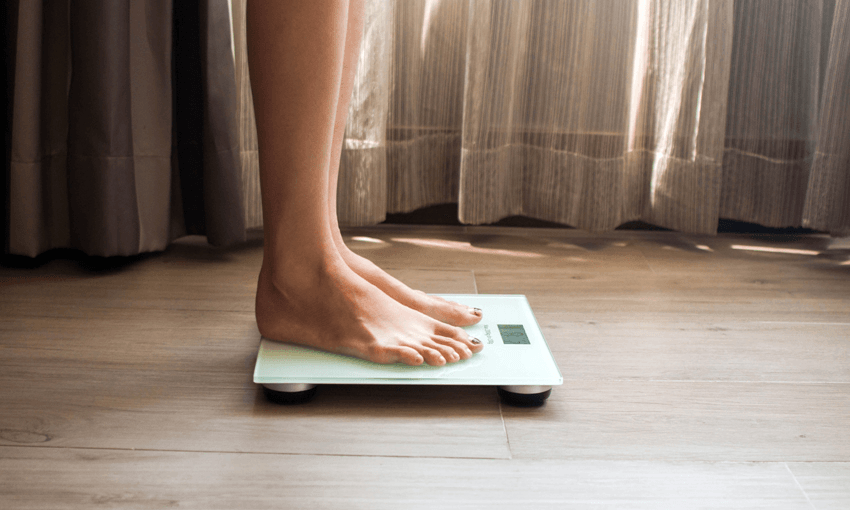 Systemic barriers are keeping Māori with eating disorders from treatment

A new study shows systemic gaps in the health system are making it much harder for Māori with eating disorders to access the specialist support they need. Alice Webb-Liddall reports.

Social barriers, a lack of culturally appropriate services and stigma mean Māori are much less likely to have access to specialist treatment for eating disorders, according to the author of a new study out of the University of Otago.

The study, Eating disorders in New Zealand: Implications for Māori and Health Service Delivery, says while Māori eating disorder numbers are similar to non-Māori, Māori are less likely to get access to treatment. The report recommends urgent research into why these gaps exist.

Dr Cameron Lacey, a co-author of the study, believes there are many things that could be contributing to the discrepancy, including a lack of services in rural areas which disproportionately affects Māori communities. One of the big issues is to do with assumptions around who is affected by eating disorders, says Lacey.

“There’s a common belief and assumption that Māori don’t get eating disorders, however, there is no basis for this belief … I think this perception may create barriers for whānau and clinicians to recognise eating disorder symptoms  and advocate for care.”

The prevalence of different types of eating disorders differs between Māori and non-Māori, with the rate of bulimia nervosa in Māori higher than that of non-Māori (2.4% vs 1.3%), according to Te Rau Hinengaro: the New Zealand Mental Health survey. Lacey suspects the increased rates of eating disorder have similar drivers to other mental health conditions, which includes “exposure to social adversity including poverty, racism, and poorer educational experiences”.

A lack of kaupapa Maori eating disorder services in New Zealand presents a microcosm of a bigger issue: healthcare access for Māori. Lacey agrees a one-size-fits-all approach doesn’t work in healthcare settings, and says there should be a broader range of services available, including Māori-led approaches for the treatment of eating disorders.

Māori health models like the Meihana Model, which was previously published by this research group, is designed to support health practitioners gain a fuller understanding of the context of patients and whānau.  The model allows diverse Māori realities within a colonised society to be recognised and responded to, and provides opportunities to consider wider influences of hauora that may lead to positive health outcomes.

But the research does state that once services are accessed, treatment experiences are similar for Māori and non-Māori. This, to Lacey, means the issue is likely one of access to treatments. “We want to focus on primary care and community awareness and other NGO services delivering awareness of eating disorders for Māori, because it’s at the point of detection and referral onto specialists that is likely where inequities occur.”

Now, the group behind this initial study is partway through a second, interviewing Māori who have successfully navigated their way through eating disorder health services and learning about how they found their experiences. Lacey says it’s the important next step in collecting data on this under-researched health issue in Māori communities.

“We’re looking to find out what helped people improve from having an eating disorder, what were the types of services and support they found helpful and how they were able to navigate food in diverse environments.”

That last issue is one Lacey thinks plays a role in the development and stigma of eating disorders in Māori communities. Like many cultures, food is important in many Māori traditions, sometimes used to remove tapu, such as after pōwhiri and at the conclusion of tangihanga.

“For Māori, food is a key part of both formal and informal social occasions, so for people who have eating disorders or difficult eating patterns, that’s an additional stressor for them to navigate. We’re keen to understand what services need to know about that and how that may need to be built into treatment and recovery plans,” says Lacey.

He’s keen to see changes to ensure Māori have access to specialist services for eating disorders and hopes the study is viewed as just part of a wider shift needed to address healthcare inequities between Māori and Pākehā.

“This is just another indicator of difficulties for Māori trying to access services in the health system, and the need for redesign of services to be responsive to Māori.”

Ātea Otago
Made possible by

Welcome home: How first year Māori students find a place at the University of Otago

To open the year at the University of Otago, hundreds of first year Māori students and their families gathered at Ōtākou marae to be welcomed onto the whenua of Ngāi Tahu.
By Alice Webb-Liddall
Partnerships editor
23rd February, 2021

If we want to meet the goal of one million speakers by 2040, it’s going to take a team effort.
By Charlotte Muru-Lanning
Staff writer
2nd February, 2021

An alternative to NZ’s constitutional framework would give Te Tiriti o Waitangi the mana it deserves and Māori a meaningful seat at the table.
By Jacinta Ruru and Jacobi Kohu-Morris
Guest writer
16th January, 2021

Continuing to display memorabilia emblazoned with the racial slur is choosing to ignore the history of the word, its racialised meanings and connection to slavery and white supremacy.
By Lachy Paterson
Guest writer
25th November, 2020

Language, and more: The challenges for kura Māori students arriving at university

Raiha Cook had visited the University of Otago before she left home to study there, but she wasn't ready for the culture shock of her first year.
By Alice Webb-Liddall
Partnerships editor