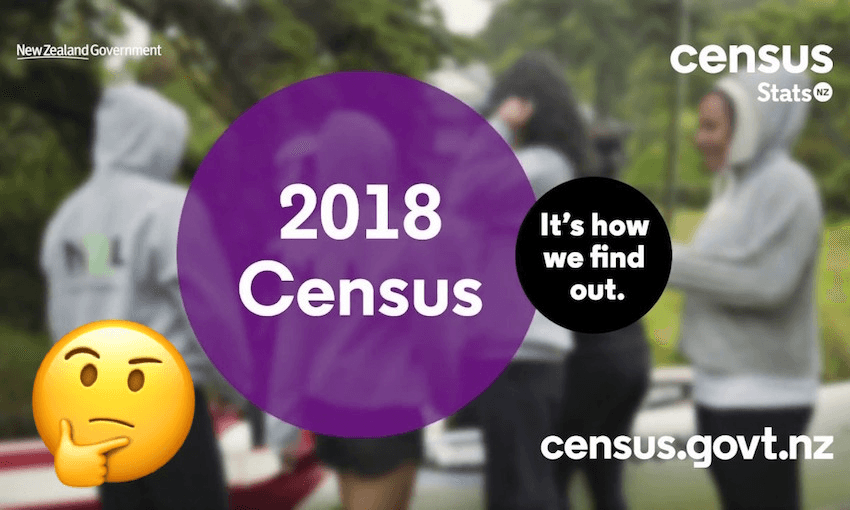 A lack of consultation with Māori, and less participation in the 2018 Census across the board, shows that indigenous data sovereignty is more important than ever.

You might have heard recently that Statistics NZ has conceded the 2018 census response rate may be down by almost 5%. This was acknowledged as “very serious”. The thing is, it is not equally serious for everyone.

The census is the flagship of the official statistics system. Data from the census is used to make decisions on government funding for a range of essential services. For example, the amount of money district health boards receive is calculated through a population-based funding formula, which is based on census data. This formula is designed to “help equitably distribute the bulk of district health board funding according to the needs of each DHB’s population”.

I am most interested in what it means for equity for Māori. It doesn’t look good. And it certainly doesn’t look pro-equity.

Te Mana Raraunga, the Māori data sovereignty network, recently issued a statement about the census and the need for the government to sort itself – and the official statistics system – out.

With so much of government policy resting on data, Te Mana Rauranga is concerned that the government is rapidly moving ahead with moves towards transparency and open data without thinking through the implications and impacts on Māori rights and interests, and without the right expertise involved.

I see where they’re coming from. Here’s an example of the issues we’re dealing with: recently there have been calls for the public service to get on board with AI and algorithms for targetting services. This is all done with the intention of pushing Aotearoa forward to flourish as a nation. But rarely is there any discussion of who is most impacted (it is often Māori or other groups we call ‘disadvantaged’ without recognising that we are doing that from a position of unfair advantage) and how they can have meaningful influence over the use of data.

Māori interests are not well served by a poorly executed census. Te Mana Raraunga suggest that we could be looking at an overall Māori response rate to the census as low as 80%, and lower still in areas where there has traditionally been poor census coverage, like Northland and the East Coast. This could impact in a range of ways. For example, the census count of the Māori descent population is part of a statutory formula used to determine the boundaries and number of Māori electorates. If Māori descendants are missing in large numbers from Census 2018, this will reduce the size of the Māori electoral population and, potentially, the number of electorates.

The census is also the primary way of getting iwi data – used by iwi and government agencies for policy and planning purposes and also for Treaty settlements.

The chief data steward should be concerned about this and be actively working to address it. I spoke with Donna Cormack, one of the members of Te Mana Raraunga, who talked about the flaws in the way the census worked with Māori. “There was no meaningful engagement with Māori in the governance of the Census or the overall statistical system,” she said.

“Going fully digital in the census — without fully involving Māori, without thinking through the impacts on Māori rights and interests, seems to have had a negative impact and the weight of this is felt by Māori and other groups. There is no way this is acceptable”.

Māori data experts are not alone in raising these concerns. Internationally there is real and growing interest in indigenous data sovereignty. Another member of Te Mana Raraunga, Professor Tahu Kukutai, recently returned from a consultation meeting with the UN Special Rapporteur on the right to privacy in relation to big and open data. “People are really interested in indigenous data sovereignty because it offers a very different way of thinking about data rights and interests. There is a growing appreciation of the need to expand the narrow focus on the protection of personal data to a wider conversation about collective risks and benefits.”

It seems a no-brainer that something has to be done. The Chief Data Steward (who is also the CE of Statistics NZ) needs to act immediately to make strengthening the quality of the official statistics system generally, and trust and confidence in the census a priority.

The solution proposed by Te Mana Raraunga is to establish Māori governance so Māori can influence how our data are collected, managed and analysed – is an essential first step to fixing the current problems. It would also be a chance to get imaginative about what creative decolonised strategies there might be when it comes to data collection and use. Imagine what what might be possible in a pro-equity, anti-racist official statistics system. It could be incredible.