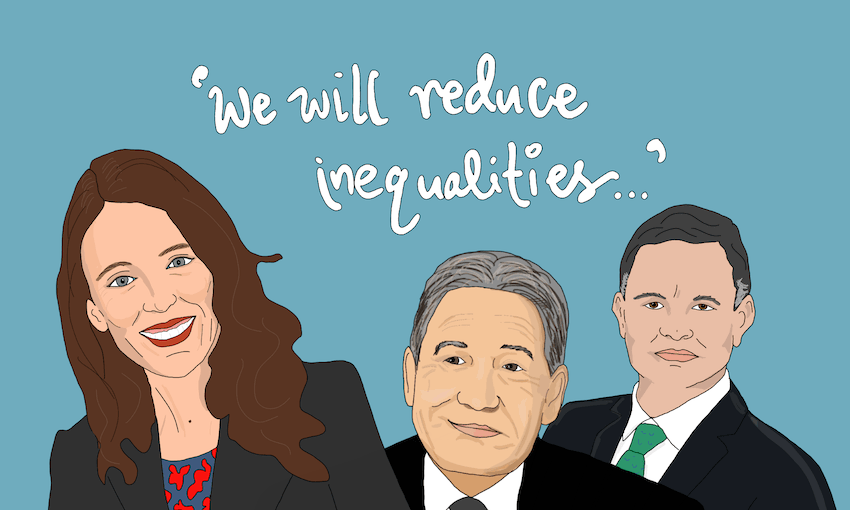 Summer health series: what comes next for Māori health?

What lies beyond the new Labour government’s ‘first 100 days’ for health policy and outcomes for Māori? In a new series, former Ministry of Health advisor and policy analyst Gabrielle Baker asks Māori health professionals for their recommendations for a more equitable health system.

It could just be me, but these first months of a new government are an exciting time, regardless of how you voted. It is the time when new ministers figure out their priorities and set expectations for themselves and for the departments that advise them. They start to figure out how to action those policy statements they made and reality sinks in a little about what can really happen and when.

The Labour-NZ First-Green government have outlined a 100-day plan. It is ambitious but achievable.

But while there will be a blistering fuss made about progress in this 100-day period, which ends at the very start of February, the big aims they’ve set themselves are longer term, and require considered and probably brave action. And I reckon that central to lots of this is how well the new government can deliver for Māori.

I am struck by a statement in both the Labour-NZ First coalition agreement and the Labour-Greens confidence and supply agreement:

We will reduce inequality and poverty and improve the well-being of all New Zealanders and the environment we live in.

Inequalities have been a feature of New Zealand society for decades. By this I mean there has been noted and notable differences in outcomes for different population groups. And it is unacceptable that they exist.

The previous Labour government had explicit statements around reducing inequalities for eight years but while there were changes here and there, in this indicator and that, there wasn’t a lot of shift overall and the population groups that were the worst off were still worst off while privileged groups retained their privilege. And something you can’t ignore is that the most pervasive inequalities exist between Māori and non-Māori across almost any area you can think about – health, employment, education and so on.

There are also other hints at the longer term aspirations of the government. The announcement of a Crown-Māori relationships portfolio, headed by Kelvin Davis, is a big hint, for example. While there aren’t a lot of detailed statements around this, it has to be an indication of a government wanting to work differently with Māori and to do its business, as a government, better. This is a chance to build on the work of iwi and the Crown in Treaty settlements, and even to learn from Waitangi Tribunal’s reports on how to better honour Te Tiriti o Waitangi in a way that gives voice to both sides of the Treaty relationship.

My background is as a policy analyst and manager in the public service, particularly in Māori health. And right now I’m hitting pause on that while I explore other interests. But the thing with elections is that they draw you back in. I see potential in shaping the approach to health in line with these longer term aims of the government and delivering better for Māori. Over the past month or so I found myself wanting to talk to people, whose opinions and expertise I value, about what they would tell the new Minister of Health, David Clark, and his colleagues if they had a chance. So I went ahead and set up conversations. And over the summer you’ll see the results.

It is hard to describe what is in store over the coming weeks without giving it all away. But spoiler alert: there are some positive things that happen every day in the health sector. Yet the differences in outcomes between groups mean that we have a way to go before we can say the system is doing its job. There is also something in here about the values that underpin the way that government works to improve outcomes for people. And those I spoke to talked about the different ways that this plays out from what we count (what demographic data do we have? How do we collect ethnicity data? What indicators do we use in health as markers of success?) through to what priority we put on the social and physical environment and, for example, the health impact of climate change.

There is also a sense of cautious hope – particularly that an appetite for reducing inequalities might lead to the more inspirational aim of achieving equity. An unintended consequence of reducing inequalities as an aim is that it can make it okay to get a small shift – for example applauding a change in the difference between regular diabetes testing for Māori compared to non-Māori – without asking bigger questions about where we might better focus to shift the big things like life expectancy. Every time I look at life expectancy figures it staggers me – life expectancy for Māori men is around seven years less than for non-Māori men and around six years less for Māori women than for non-Māori women.

Next week I’ll go into this discussion about equity more. And advice to the Minister which is essentially: “You’ve done a good job identifying and discussing inequalities, now it is time to identify how you’re going to achieve equity.”