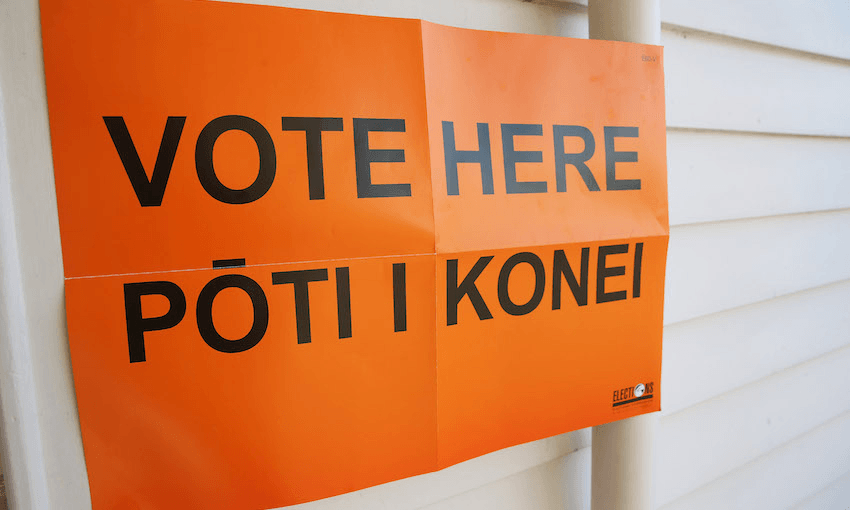 How to vote strategically in a Māori electorate

The Māori electorates hold the key to stronger Māori representation in parliament. Policy adviser and GP Bryn Jones makes the case for voting strategically to get more Māori MPs in the house.

The Māori seats were established to improve Māori representation in central government. That’s the main reason why I choose to be on the Māori roll, and I suspect that the same is true for many of those registered to vote in the seven Māori electorates.

Epsom voters have long used their votes strategically. In Epsom, this tactic has been designed, in my opinion, to reinforce (white) privilege. Strategic voting can work for Māori, too, but with the arguably more righteous goals of equitable wellbeing for everyone living in Aotearoa, and for Māori (and others) to have the opportunity to realise their full potential in life.

The Māori electorate MPs (all Labour candidates) are all well placed on the Labour list, and likely to return safely to parliament if they do not retain their electorate seats. What this means is that in addition to the seven Labour MPs currently occupying the Māori seats, there’s an opportunity to get another seven Māori MPs into parliament for the coming term. This will only happen if Māori are strategic in the way we vote, and only if we turn out at the polling booths over the next eight days.

In other words, a vote for the Labour candidate in any of the Māori electorates could lessen the chances of an additional Māori MP in parliament (I encourage you to look at Tina Ngata’s excellent and detailed analysis on the same topic).

In order to have MPs who can always put the interests of Māori first, there must be policy alignment with the parties that they represent. This means we need politicians in the Māori electorates who are independent or represent parties that, above all else, are committed to an equitable society in which Māori can participate fully.

The reality is that our current Māori electorate MPs are, to a large extent, bound by the policy of the party that they represent and aren’t in a position to criticise Labour’s policy, even if it’s wrong from a Māori perspective. For example, there’s considerable evidence that a capital gains tax would benefit Māori (and indeed most non-Māori too) so it shouldn’t be “off the table” just because it might upset a minority of New Zealanders who are wealthy enough to own several houses.

If you’re eligible to vote in a Māori electorate in 2020, and you believe it’s important to have the very best representation possible for Māori in parliament, then here’s my simple guide to help you choose how you vote.

Make sure you’re registered, and make the effort to vote! You have just eight days left to do so. It’s worth noting that you can’t switch from a general roll to a Māori roll at this point (or vice versa) if you’re already registered, but if you haven’t enrolled before you can put your name on the Māori roll either online or at the polling booths on the day. You also don’t need ID to vote, but if you’ve received an EasyVote card in the post, take it with you to ensure a speedy voting experience (but again, it’s not mandatory).

Encourage other eligible Māori to vote, and encourage them to vote in a way that strengthens Māori political representation in Aotearoa.

Vote for the party that you’d most like to see as part of the next government. If you consider your first choice of party is unlikely to make it to parliament by reaching the 5% threshold or winning an electorate, one strategy is to vote for your second or third preference.

This is the slightly more complex bit as you need to think which candidate is most likely to unseat your incumbent electorate MP.

For most electorates, the Māori Party candidate has the best chance of unseating the incumbent although this isn’t always the case. For example, Green Party co-leader Marama Davidson’s strong support in the hotly contested Tāmaki Makaurau seat means this might not be the case in Tāmaki.

Recent polling or local knowledge can help you to establish who would be most likely to win the electorate if your current MP did not.

Do what you can to learn more about that candidate. Compare them to the “average MP” in terms of how well you think they’d represent the things that are important to you. Don’t compare them against the incumbent because that’s actually not the choice you are making. All of the current Labour MPs in Māori electorates are on track to return to parliament and will continue to represent you regardless of the outcome of the electorate vote. The Labour party will not gain any additional seats in parliament as a result of winning seats in Māori electorates.

If you’re confident they’d represent your interests well (and possibly even provide support to the Māori MPs in the Labour party to advocate more strongly for Māori interests), then vote for them. We need more Māori MPs!

If you aren’t in the Tāmaki Makaurau electorate, the simple shortcut is “Vote for your Māori Party candidate”. And, as Tina Ngata points out, party vote Green may be the vote most likely to give us one more Māori MP (Dr Elizabeth Kerekere).

I’d argue that the best way to show your support for the Labour MP in your electorate is to put more Māori MPs in parliament with them. They’ve earned their high rankings on the Labour Party list. The experience they’ve gained as electorate MPs positions them well to represent Māori throughout Aotearoa as Labour list MPs.