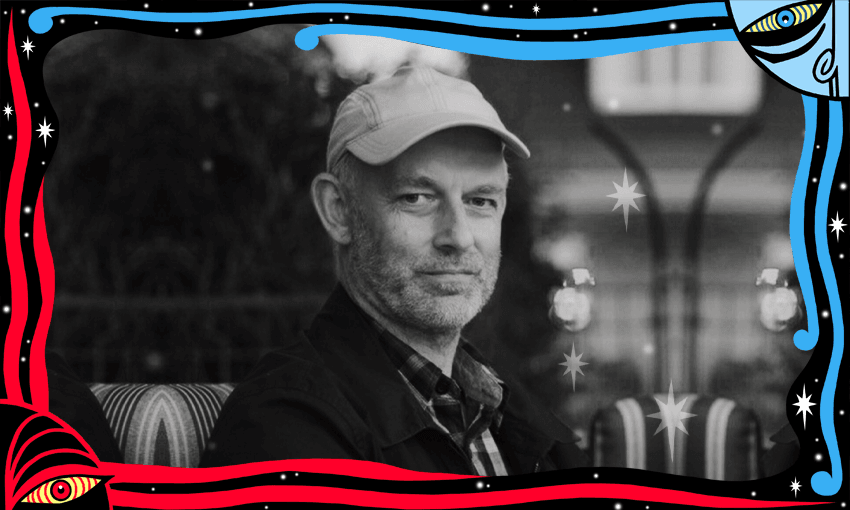 Andrew Robb, of Pākehā descent, was a rare breed. The life-long advocate for te reo and kaupapa Māori, who was known affectionately by his peers as Anaru, has passed away at the age of 66. Te Kuru o te Marama Dewes remembers him.

“Anaru joined the battle for te reo Māori when he was a first-year university student almost 50 years ago, and he never left us,” says Ngāhiwi Apanui, chief executive of Te Taura Whiri i te Reo Māori.

Andrew Robb was involved with Te Reo Māori Society, a kaupapa Māori-based student group at Victoria University, in the early 70s. One of their earliest and most notable successes was delivering 30,000 signatures to parliament in support of the petition of Hana Te Hemara, calling for Māori Language Day to be established. That in turn evolved into Te Wiki o Te Reo Māori, and sparked decades of political action.

“Anaru helped change history and the future of te reo in Aotearoa, its homeland,” says Apanui.

Anaru Robb was there. He would often speak in public of that period and the impact it had on his life. My grandfather, Dr Te Kapunga Matemoana (Koro) Dewes, was lecturing in anthropology at Victoria University at the time. He was a reo teacher to many, including Anaru Robb, and supported the establishment of Te Reo Māori Society, a kaupapa Māori student group. Robb was a lifelong friend and ally to many of his peers who were involved in Te Reo Māori Society.

A founding member of the group and a leader in Māori education, Dr Cathy Dewes, says that Robb was a staunch and loyal ally in the struggle to normalise the learning, teaching and speaking of te reo Māori.

“He worked alongside our Te Reo Māori Society for several years and helped promote the many different Māori Language Week activities that we were involved in, including radio advertising, radio and television programmes, high school kapa haka, a petition for Māori on TV, and a call for the establishment of a  Māori Television production unit and many others,” says Dewes.

Just last year, the late Anaru Robb spoke at my grandfather’s unveiling, recalling fond and triumphant memories of the political era and the relationships forged between members of that group. His entire address was in te reo. It might not seem like a big deal, but it demonstrates someone who has not only learned te reo as a second language in adulthood, but has maintained it and cherished it throughout his whole life.

“He worked with passion and humility, and right up until the day before he died, he and I communicated totally in Māori. He was a te reo Māori speaker of European descent who totally believed that Māori language should be spoken i ngā wā katoa, i ngā wāhi katoa – everywhere, at all times,” says Dewes.

He was involved in Ngā Kaiwhakapūmau i te Reo, who delivered the WAI 11 Te Reo claim, supporting late rangatira Huirangi Waikerepuru. That claim led to the passing of the Māori Language Act, which enabled te reo Māori to be legally recognised as an official language of Aotearoa New Zealand. It recognised te reo as a taonga, and paved the way for the government to uphold its obligation under Te Tiriti o Waitangi and allocate resources accordingly to support Māori to ensure its survival.

Through those engagements with the Crown, Te Taura Whiri i te Reo Māori, the Māori Language Commission, was established.

Broadcasting was recognised as a platform that has a vital influence on language, and those political efforts drastically changed the largely monolingual landscape of media in this country, leading to the founding of Māori broadcasting platforms such as iwi radio.

Ngahiwi Apanui says Anaru Robb was “a storyteller who ensured the stories of te reo included those of the battle to safeguard it for future generations of New Zealanders”.

Robb worked at Te Ūpoko o Te Ika as a journalist, the first iwi radio station ever established in 1987 in Te Whanganui-a-Tara. Later on, he worked as a reporter for Māori news show Te Kāea, at Māori Television.

He was a consistent contributor to E-Tangata, and articulated his thoughts on how Pākehā and non-Māori can be better allies.

“Anaru leaves a legacy of passionate, perpetual protest: he never stopped advocating for justice and tino rangatiratanga. Whether he was explaining to other Pākehā the need to understand trauma experienced by Māori people or whether he was demanding answers from politicians side-stepping his tough questioning. He was an ally and a very dear friend who is sadly missed,” says Apanui.