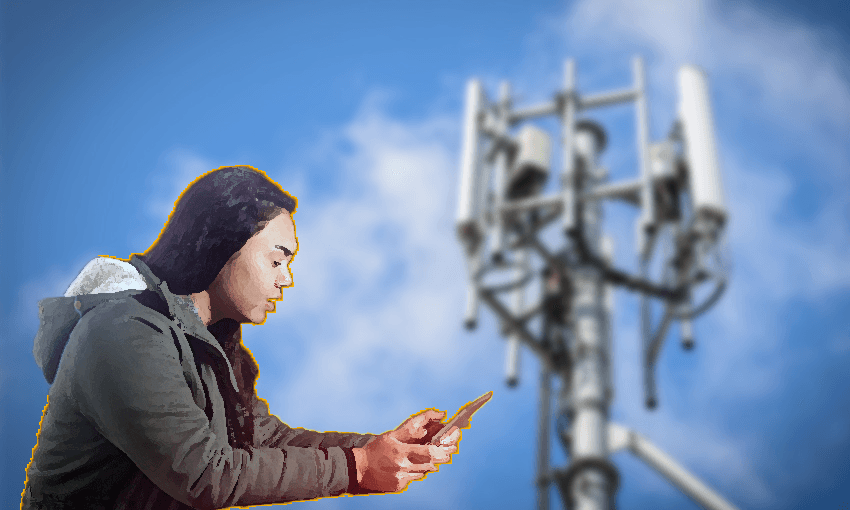 Why Māori communities are more vulnerable to 5G conspiracies

Mistrust in the government and generational trauma mean Māori communities are more at risk of falling victim to conspiracies relating to the 5G spectrum. Alice Webb-Liddall finds out what needs to be done to combat this dangerous misinformation.

The real danger of conspiracy theories can sometimes be hard to grasp. When comments on Facebook link Tom Hanks to a mysterious substance called adrenochrome, which is apparently a cure for the government-created Covid-19, it’s easy to laugh them off as “too ridiculous to believe”.

Conspiracies around 5G have been particularly prevalent in Māori communities, and academics believe that if iwi leaders and government don’t start working together to address the issue, it could be dangerous.

Karaitiana Taiuru (Ngāi Tahu, Ngāti Kahungunu, Ngāti Rārua) is a Māori cultural adviser in the STEAM (science, technology, engineering, arts and mathematics) area, and a doctoral student at Te Whare Wānanga o Awanuiārangi. He says Māori communities are vulnerable to believing these ideas because of widespread, generational mistrust in the government. The “broken contracts, theft and various other crimes against Māori” over the last 250 years have understandably resulted in a broken relationship between the two groups, he says.

“Historically, Māori have been lied to and taken advantage of by the New Zealand government, by the education system. There is plenty of research proving all of that, you just need to look at the Waitangi Tribunal claims and the implications, negative stats for education, police, court systems, social statuses.”

Technology is one area where this mistrust is concentrated, says Taiuru, who believes a severe underrepresentation of Māori in STEAM subjects means there isn’t enough knowledge of what these technologies can actually do within Māori communities – which means Māori often miss out on the benefits.

“It reminds me of in the late 1990s, there was a big backlash among kaumātua against using computers. Kaumātua in iwi were saying, ‘It’s against what we’re about, it’s against tikanga’. Now everyone needs computer skills. It’s hard to get a job or to function without knowing how to use a computer or a mobile phone.”

For Kevin Shedlock (Ngāpuhi, Ngāti Porou, Whakatōhea), PhD researcher at Victoria University’s school of engineering and computer science, 5G presents an opportunity for Māori representation and participation in an area that’s evolving exponentially. But he’s concerned that the government hasn’t yet specified what exactly Māori will get from the new spectrum.

“Māori have always wanted a piece of this spectrum… and they’ve been continually turned away. The ministers have given them an early allocation to the spectrum, but the concern here is that they have to come back in a couple of years and be a part of the application process again.”

Shedlock says allocation of the 5G spectrum needs to include ongoing discussion with iwi, and reassurance that the network will benefit Māori communities. He says it’s “not just a responsibility to the partnership and participation and protection of Māori, it’s a way for Māori to monitor how the New Zealand government is recognising those principles of the Treaty”.

If the government fails to include Māori in their discussions around the establishment of the 5G network here, Shedlock is concerned it will only add to the lack of trust many Māori already have. It’s this intergenerational suspicion that makes Maori communities vulnerable to anti-government conspiracies, and without clear guidance, Taiuru says this mistrust could lead to even more negative outcomes for Māori.

“[5G towers] are getting attacked in areas where predominantly Māori whānau live. There are risks that whānau may need emergency services and they can’t ring through. If we have activists who believe they’re doing something good, they’re going to either hurt themselves or end up in jail with criminal records.”

Taiuru says it’s important to focus on how to communicate the potential advantages of the network to these Māori communities. To do this, Māori need to be involved. There are ways to make the technology understandable to those who’ve never been taught about it before by using traditional Māori knowledge.

“In pre-European times, tohunga would sit around a fire and wouldn’t have to physically talk to each other, they had some sort of telepathy. Who’s to say that wasn’t some kind of radio spectrum? Our traditional knowledge tells us there are eight to 13 heavens above us, and we also know that the radio spectrum has all of these different layers as well. All of this traditional knowledge can be adapted to teach the technology of the spectrum. I think if Māori had those stories in the marae, it could help to debunk some of those concerns.”

By not allowing Māori to understand the spectrum in their own ways, they’ll miss out on the huge potential economic and educational benefits that the 5G spectrum could bring, Taiuru says.

“What you’re doing to the whānau and the haukāinga is you’re denying them access to develop skills and be more involved with technology… The opportunity is there for research, for development, so that in turn will create a more educated population of Māori who will go into the workforce.”