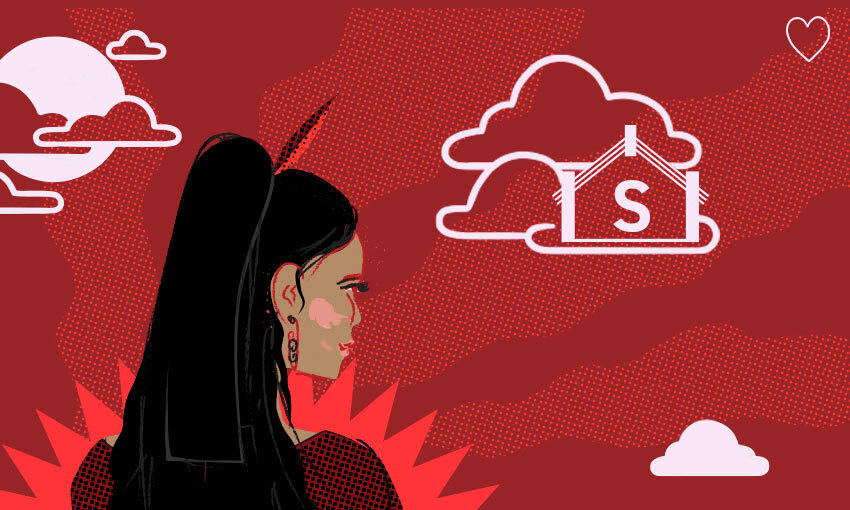 Over the past five years I’ve talked a lot about how there’s no money for Māori writers or written journalism; how we fell between the Te Māngai Paho and NZ on Air cracks and if we weren’t careful Māori perspectives would disappear from (or never find their way to) our front pages. And now all of a sudden that’s not true. It’s a strange time to be dropping out of the media, just as it’s flooded with public money for Māori reporting roles, and there are too few experienced journalists to fill them. For the first time in my life I could have my pick of amazing, high paid jobs and instead I’m gapping it. Typical.

This marks my last week as the editor of Ātea here at The Spinoff. I’ve been lucky enough to accept the opportunity to study my reo rangatira full-time, and beyond that, who knows? I’m putting my fate in the hands of the ancestors – they may lead me back to journalism, or I might go somewhere else entirely. Māori language dog grooming?

As I sit here, the questions and anxieties eat away: What if my crusty old brain can’t absorb anything new? What if I ugly cry in front of everyone? What if no one eats lunch with me?

But ultimately, I write this full of hope, satisfaction and yep, sadness for leaving behind the best job I ever had.

I’m so proud to have worked at an English language-medium organisation that hustled hard and invested its own money in Māori journalism long before everyone jumped on the public money bandwagon. The Spinoff has grown its cultural capacity so that tangata whenua are an integral part of all departments, not just “the Māori channel” Ātea. Interns, staff writers, editors, commercial team and video crew, the radar is always on because it’s our obligation to make sure our space looks and sounds like Aotearoa. We have an internal rōpu of staff that support each other and hold space for bringing our whakapapa Māori to work with us. I don’t take responsibility for all that, that’s just how we roll, the happy side effect of hiring good people. But back when we launched Ātea in 2017, when The Spinoff had a staff of about 12, that’s all I ever hoped for.

From day one I was given the reins to lead the space however I saw fit. No interference, no whitesplaining, no demands to be some kind of Māori oracle with all the answers. What a gift. I truly didn’t have all the answers, and I made a lot of mistakes. I’m not an expert in our tikanga or how it should be applied to media, but I learned a lot along the way and I was supported in every faltering step. All I knew is that the voice of Ātea, however small, would be unapologetically Māori – a log on the hearth to attract people to its warmth, whose sparks would eventually ignite the rest of the organisation.

My friend of 25-odd years Duncan Greive has always championed my work and trusted my goals, and I owe so much to him for asking me to build Ātea with him, along with then GM Kerryanne Nelson, a woman of monstrous capability and aroha. It’s not easy for me to admit how much of my career I owe to a white dude, dammit, but one must reflect honestly in times of transition. Duncan’s a big-brained visionary, but mostly he’s a really fucking decent guy who understands that its his job to drop a ladder down behind him. Similarly, working under former editor Toby Manhire and head of video Amber Easby showed me what leadership with a big, wide open heart looks like – how it’s possible to put your people first while you strive for excellence. Their example is now shining out of super saiyan editor Mad Chapman, whose brilliance terrifies me. Geniuses, brats and GCs all.

Back in 2017, before we had the support of our members or a big commercial team, roles and sections at The Spinoff were only created after the sponsorship to pay for them was found. In order to build Ātea we needed to find a way to pay my wages. And so myself, Duncan and Kerryanne trudged along to months of meetings with people we thought had plenty of money and might see an opportunity to attract iwi business or Māori customers. We shook a lot of hands and met a lot of dead ends. The kaupapa Māori organisations didn’t have enough money to get us off the ground, and the big guys didn’t see the potential.

Eventually the pūtea came from a philanthropist. Somehow we charmed/hustled/hoodwinked Peter Cooper, the Ngāti Kahu, Ngāti Kuri, Te Aupouri founder and chairman of Cooper & Company, who warmly agreed to give us the seed money for our first year. Without him we wouldn’t be where we are today, and although he asked not to to be acknowledged on the site, my last act of mischief will be to thank him here from the very bottom of my heart. Kei te mihi nui e te rangatira. Please don’t sue me.

Flying in the face of the racist myth that one must sacrifice capability for diversity, not once have we done so, and I truly believe it’s what makes The Spinoff the best in the game, and such a fun place to work. It seems to defy logic how much talent and kindness you can fit into one organisation, but there’s not one of my colleagues (past and present) I don’t also proudly call my friend.

In the nearly five years I’ve worked here I’ve witnessed all the other English-language media outlets mimic us in ways big and small, whether it’s been embracing the low-brow (food rankings, reality TV), aping our model for partner content or simply mining our front page for stories.

My final wish is for you all to mimic us in investing in hiring Māori and hiring diversely, and making it safe for those hires. Not because there’s free money or for the optics, but because it rules. It’s freeing. It’s magical. It’s interesting and challenging. Your stories will be better. Your workplace culture will improve. Your skin will clear up. All those good things.

Don’t give up because you can’t find someone right now. We need everyone to invest their time and energy long term because it remains true that there is a dearth of experienced Māori journalists. Many have left in the last few years to pursue more lucrative comms roles, and because mainstream media can eventually become hostile to the marginalised. Unchecked comments sections, abusive letters and emails, managers that platform the harmful views of white supremacists, it takes its toll. When you find a workplace that works its ass off to protect you from those things, man, it’s hard to leave.

As it is, I am leaving the role of editor without having found someone to fully replace me. We will be introducing some exciting new Māori writers (and The Spinoff will continue to be hungry for more so don’t be shy, pitch something) but what we don’t have in Aotearoa is lots of commissioning editors who have worked with news, opinion and feature writing in te ao Māori. Excellent moves are finally being made with the help of that public money to inspire a younger generation of Māori journalists, in the form of Mihi Forbes’ and Stacey Morrison’s Kōmiromiro programme, various cadetships and the establishment of Kawea Te Rongo, the Māori journalists association ­– but the gaps, for the time being, must remain. So you must be patient, and accept that change will come slowly, like planting a garden. And eventually you’ll look back at the last five years, as I’m doing, and say: “Look how big it is! How verdant and sweet!”

That’s the great thing about a garden, it continues to grow after you’re gone. I’m putting down the tools to tend to a different one for now.

This is not farewell, just mā te wā.

If you’re interested in writing or editing opportunities with The Spinoff, please email madeleine@thespinoff.co.nz