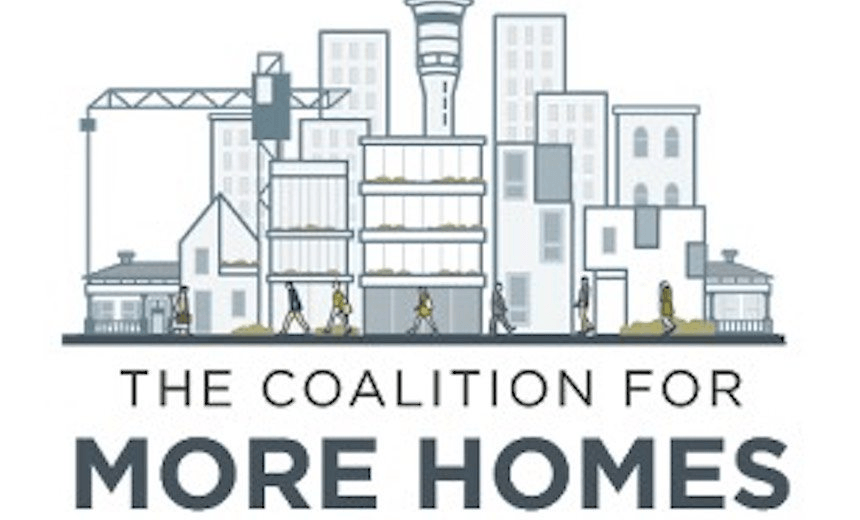 The Coalition for More Homes’ open letter to the Auckland Council

A group calling itself ‘The Coalition for More Homes’ emerged this morning, bringing yet more pressure on the Auckland Council to pass the Unitary Plan.

This morning The Spinoff received an email from a group calling itself ‘The Coalition for More Homes’, demanding, essentially, more homes. What’s interesting and significant about the group is its make-up: groups as diverse as Generation Zero, Unitec, the Property Council, Habitat for Humanity, The Salvation Army and Ockham Residential all uniting under a banner demanding that the Unitary Plan be passed. We will be following this story with interest, but have decided to publish their open letter below.

To the Governing Body of Auckland Council,

Everyone deserves a safe, healthy, and affordable place to live. But housing options in Auckland are becoming too scarce and too expensive. Auckland is in the midst of a housing crisis. The median income to median house price ratio has now exceeded a ratio of 1:9 making it one of the most expensive cities in the world. Rents have been increasing seven times faster than the rate of inflation.

Across the board, everyone is forced to spend too much on housing. It doesn’t have to be this way. Auckland’s culture and quality of life is being threatened by the high cost of housing. There is a growing divide between homeowners and those now locked out of the housing market. Unless we do something, we will lose our teachers, our new residents and our young people. Even middle-income families will be forced out, except for those lucky enough to already own their own home. These are just some of the many reasons we need to solve the city’s housing crisis.

The immediate cause of the problem is straightforward: we are not building enough housing to meet the demand. One reason for this is that former council planning rules unduly restrict housing development and a mix of housing types in places where people want to live.

On 20th of July, the Independent Hearings Panel issued their findings on the Unitary Plan. These recommendations include a range of strategies to allow for more housing across the City. The Unitary Plan is not the only action that is needed from Auckland Council and the Government to address the housing crisis – but it is an urgent first step.

The Unitary Planning process, including the Independent Hearing Panel review, has taken four years. The time for deliberating is over, the process has been followed, it’s time to get on with it. That is why the following signatories are calling on you to vote to pass the Unitary Plan as received from the Independent Hearings Panel and make it operative in August 2016.

The Coalition for More Homes