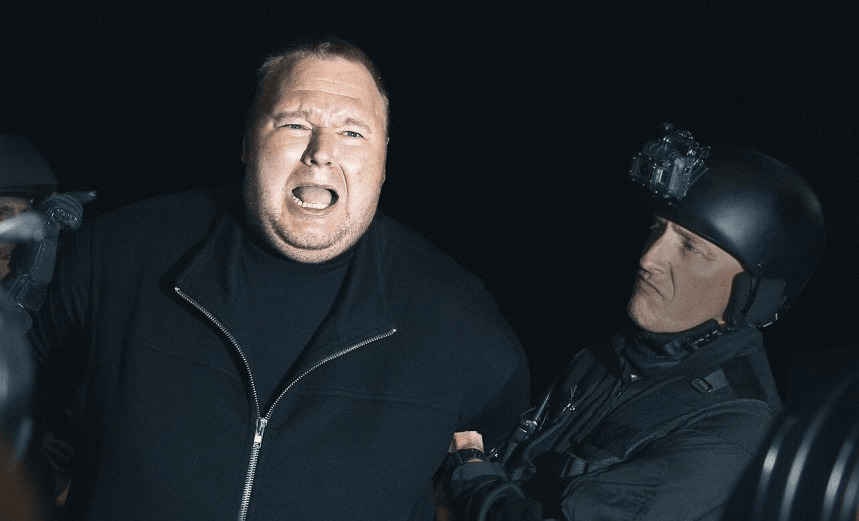 A still from the Kim Dotcom movie. Photo: Nigel Marple.

A still from the Kim Dotcom movie. Photo: Nigel Marple.

Director Annie Goldson introduces her Dotcom documentary and the one she calls its antithesis; and Julian Boshier talks about working with Wellington band Head Like a Hole for 15 years. Welcome to part five of our Film Festival filmmaker’s choice series.

I’m really keen to see Waru, possibly because it’s the antithesis of my own film Kim Dotcom: Caught in the Web.

Waru follows the lives of eight women all connected by the death of a Māori child at the hand of his caregiver, through eight self-contained vignettes. Each vignette follows a lead character, who, in line with instructions from the producers, is living in “the same moment in real time, and shot in a single take”. Each is directed by a different Māori woman director. The makers did a knock-out session at the Big Screen Symposium last year so I knew about its development.

Waru attracts me for a number of reasons. First, it’s another of the “only in Aotearoa/New Zealand” films that will be genuinely culturally unique. It sounds formally elegant, innovative and full of risk-taking, as the filmmakers explain in a great podcast recorded at BSS. And it’s made exclusively made by Māori women, who are, of course, majorly underrepresented in the industry at large.

Other things also strike me. Waru engages with a heart-breaking issue of profound importance, one our country seems incapable of addressing or even understanding. And it’s a collaborative effort that works against the usual ego-driven necessities of the film business, be it studio or independent. Collaboration is not always easy but it can be a relief.

Speaking of ego-driven necessities, I hope you won’t mind that I take this opportunity to promote our own film. It’s been a fascinating and nail-biting journey. Perhaps, despite its differences, it does share some things with Waru — a riskiness, at least. Kim Dotcom: Caught in the Web is part biography and part exploration of a series of issues that frame the infamous tech entrepreneur’s story. They go to the heart of our digital age: the struggles over how we consume entertainment and information; surveillance and privacy; and sovereignty.

I sometimes imagine the film being watched by many unidentified pairs of eyes, beaming and blinking through the bushes in a cartoon night: Dotcom himself, multiple figures in the New Zealand government, the US government, the FBI, the Five Eyes spying alliance, the Department of Justice, the Motion Picture Association of America, Anonymous and a brigade of tweeters ready to troll, etc.

I managed to access some brilliant commentators from around the world, including Glenn Greenwald, Jimmy Wales, Larry Lessig, Moby and Gabriella Coleman. These thinkers were so fascinating and I travelled far to interview them. My interviews were very long. When the excellent (and patient) editor Simon Coldrick and I began to knit the film together, we not only had to wrangle hours of in-depth and complex interviews, but also weeks of court footage and hundreds of hours of archive. And finally, at the last moment, a six-hour interview with Kim Dotcom himself which I was never sure I would get.

Added to this, a deluge from his extraordinary archive, which swung from jagged hand-held intimate home movies to super high-end footage, shot by three Red cameras suspended from helicopters circling superyachts. Crafting the central through-line of this crazy quilt of a film took time, effort and massive persistence, particularly because I chose not to use a narration or place myself in the film.

With so much passion, opinion and interest at stake, the “independent” in “independent filmmaker” became critical. Perhaps in the end you make a film that truly pleases no one. When the film premiered at SXSW in Austin, Texas, I was relieved audiences and reviewers seemed to understand. Ars Technica, an edgy and insightful tech magazine, said “Goldson has produced that rare thing: a documentary about a controversial Web personality that is balanced and informative”, while according to Rolling Stone: “Whether you think he is a hero or heel, you’re bound to leave the film with your preconceptions shattered.”

For any filmmaker, that’s praise indeed.

Quest is the ultimate documentary – intimate,  bleak,  affecting but ultimately positive. It’s a slice of life that my middle-class white ass will never experience, a study of an African American family living on the rough side of Philadelphia North.

The Rainey family live under the bright hope of the Obama administration, not that Obama policies have improved anything much for them. And even though Trump is on the campaign trail, the Raineys are numb to his evangelical TV message. On the verge of poverty, living in substandard housing and struggling with low pay, they’re captured in their rawest form, downtrodden, not least because of the colour of their skin, but striving to maintain some sense of dignity and generosity. Despite the hardship they’re engaged with and committed to their community.

As if the story isn’t already full of struggle, it intensifies as ill-health unfolds and a major event involving a child suddenly heightens the tension and hopelessness. When I saw it, there were gasps from the audience during this section.

Quest feels like it was made by one person and his camera, which lends to a very intimate and close-proximity telling of the story. That one person is Jonathan Olshefski who, to my eye, with his touch, restraint and empathy, has produced a masterpiece. Layered with powerful beats, affecting lyrics and immense atmosphere, Quest could be the best documentary I’ve ever seen.

As for my own film, Swagger of Thieves, it’s the story of the band Head Like a Hole and it’s my first attempt at documentary.

Filming took place over approximately 15 years in a very haphazard nature, so you see the ageing of the characters and the maturity that comes to them (or not). All past and present band members appear in the film, and the long-term nature of the project gives it a character that not many other documentaries possess.

I wasn’t interested in following a formula for this film, but wanted a unique and fresh approach. From the outset, I insisted it was going to be a warts-and-all film and there would be no censoring or editorial control by the band. Some people may find portions of it quite confronting, but it’s real and it’s what happened. What occurred or was presented to me by the band is what I have presented in this film.

This band is full of characters. Booga Beazley has a sparkle in his eye, he’s funny and natural, often incredibly open, and he tells it like it is. Nigel Regan wanders around looking like a haggard Keith Richards. He can be just as open, when the mood takes him. Between these two characters and the ongoing pathology of their personal demons and uneasy marriage in music, an undeniable positivity and Kiwi battler mentality shines through – sometimes.

My aim was to make a film with heart and to have a strong complex narrative and a healthy dose of grunty music. It’s a no-budget production and I hope it’ll resonate with fans and non-fans alike.

For bookings and more on the festival, visit the official site. Lots of trailers are here. And don’t miss The Spinoff’s top ten festival film picks, plus other filmmaker recommendations here, here, here and here.