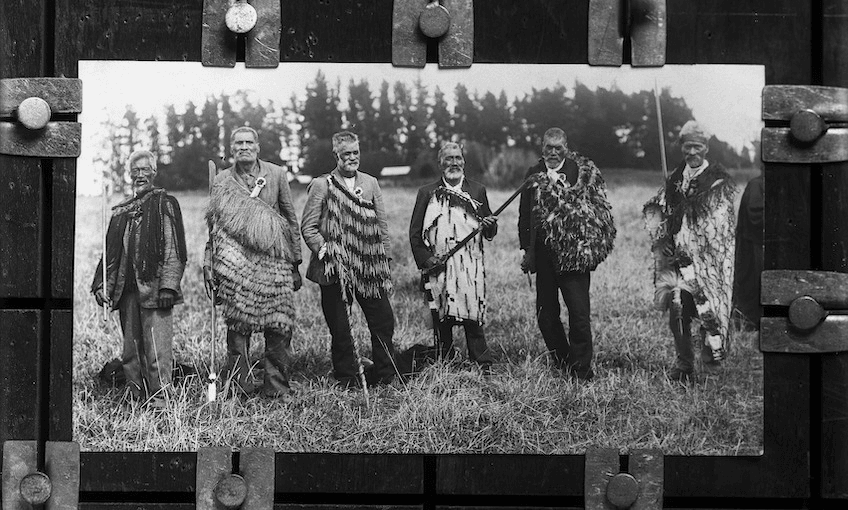 By Vincent O'Malley
Guest writer
Made possible by

Passed on December 3 1863, the New Zealand Settlements Act may sound innocuous – but as Vincent O’Malley explains, for Māori communities it had devastating, lasting consequences.

Friday December 3, 2021 is the 158th anniversary of the passing of the New Zealand Settlements Act – the primary legislative mechanism for raupatu, the sweeping land confiscations that punished Māori for defending their lives and their homes.

It was accompanied by the Suppression of Rebellion Act, passed that same day, and a strong candidate for the most draconian piece of legislation ever passed in New Zealand, including as it did provision for summary execution of New Zealand citizens tried by courts martial for aiding or assisting in acts of “rebellion”.

Governor George Grey and his ministers had drawn up their confiscation plans before invading Waikato in July 1863 and, by August, had begun recruiting military settlers who were to be offered a portion of the seized lands in return for their services.

Planting military settlers on some of the confiscated lands would ensure the conquest was permanent, while the sale of the remainder on the open market would pay for the whole scheme. Māori would effectively underwrite the costs of their own suppression.

But the confiscations were not without Pākehā critics. Former Chief Justice Sir William Martin pointed to the example of Ireland – where there had been a long history of land seizures – predicting that the subsequent “brooding sense of wrong” amongst the Irish, passed down from one generation to the next, would be replicated with Māori if confiscation was employed in New Zealand.

Canterbury politician and lawyer Henry Sewell was another critic. Writing in his private journal during the 1863 parliamentary session when these measures were being devised and debated, Sewell observed that the policy was corrupt, and advanced for the personal enrichment of various Auckland land speculators and politicians, notably Frederick Whitaker and Thomas Russell. Sewell’s forceful account, written by a political insider and member of the colonial elite, exposes the official rationale for the confiscation policy as (in his words) “a gigantic lie” – highlighting the value of the many first-hand accounts from Māori and Pākehā that appear in Voices from the New Zealand Wars/He Reo nō ngā Pakanga o Aotearoa. The following excerpts are taken from the full journal entries published for the first time in the book.

I am horrified by two Bills brought in by Government worse than anything I could have imagined. One for authorizing the Governor to take Native Lands anywhere for purposes of settlement, a distinct violation of our treaty with the natives and of every principle which has hitherto governed our relations with them. And this not merely as affecting those in arms against us, but throughout the Colony including friendly as well as unfriendly. It is an atrocious proposal, which will if acted on probably involve a general rising of the natives throughout the Colony, and compel Great Britain to send a dozen more Regiments. The other measure [the Suppression of Rebellion Bill] is equally insane. It suspends all law throughout the Colony and authorizes the Governor to try by Court Martial any person suspected of favouring the Rebellion (as it is called) and to punish the suspected person by death, penal servitude or otherwise. The Habeus Corpus Act is to be suspended and there is to be no appeal from the decision of Military Courts. It is the production of madmen, but the Bills will be carried and the Governor will assent to them and there may be atrocities committed under them worthy of Judge Jefferys and the Bloody Assize. And there will be a faint echo of them heard in England, but nobody will trouble themselves about them; and these unhappy natives will be exterminated such at least is the power – and there is real danger of its abuse.

[The Suppression of Rebellion Bill] establishes in short a machine for tyranny and oppression borrowed from the worst days of Irish History, from which the precedent is drawn. And this is to be used against a people to whom the Crown solemnly engaged that they should enjoy the privileges of British subjects – a people who are unrepresented in the Legislature and who understand nothing of our language or laws. The thing is a horrible invention of [Frederick] Whitaker, the Attorney General. It went through the House of Representatives with strong opposition, but the House submitted to it upon [William] Fox’s repeated assurance that the Bill was taken from an English precedent. The Suppression of Disturbances Act of 1833. Need I say that the statement is untrue? No man would have dared to propose such a measure to a British House of Commons. But here there is no lawyer in the House of Representatives, except those who are in the Government (there are four of them in the Ministry) and so private members were obliged to swallow the shameful misstatements of Fox and the others. I sicken when I think of these things. No doubt, as they say, they mean to use these powers mildly. Tyrannts always do, until something rouses them, panic, or some other passion and then of course such a seed produces its natural fruit. I am filled with horror, I cannot express my sense of indignation at the wrong done to this unhappy people whose doom may now be said to be sealed, for of course they will resist and resistance will be treated as rebellion, and bring with it confiscation of their lands, and final extermination. O that Great Britain would interfere! but I take for granted that she will look on patiently, leaving the Colonists to take care of themselves, and the natives. I write all this with shame and remorse as having been instrumental in placing power in the hands of men, whose first act is thus grossly to abuse it. Sir George Grey sits quietly at home, contented, if he can shift responsibility from his own shoulders.

Under pretence of equity it is said that European as well as Native land is to be subjected to the same rule! but as the object is to plant European settlements upon Native Lands of course the inclusion of European Lands in the scheme is a flimsy pretext only intended to palliate the flagrant monstrosity of the proceeding. Friend and Foe are to be treated alike – Pas, Cultivations, Burying Grounds, all are to be swept into one great scheme of confiscation… And by way of insuring the utmost possible amount of danger this is to be done by forcibly expelling the natives and driving them to desperation…No doubt the Auckland Lawyers who have invented this scheme for driving the Natives to desperation have counted, not without good ground on being able to by means of it to exasperate them throughout the whole Colony and then applying to them the confiscation law, the whole country will be swept clear. First to drive the Natives to desperation, then to confiscate their Lands, is the obvious chain in this Auckland Policy.

The gigantic wickedness of this plot against Native Rights is attempted to be supported by an equally gigantic lie. The preambles of these Bills alledge in fact, that the Natives, the whole body of the Waikato Natives, and generally the Natives as a whole have been engaged in a conspiracy to exterminate the white settlers. It is a shameful falsehood contradicted by every paper which has been set before us.

Although the 1863 Settlements Act was clear that lands could only be confiscated if they were eligible sites for settlement, whole mountains, hills, lakes, swamps and other lands were taken across Waikato, Taranaki, Tauranga, eastern Bay of Plenty, and Mohaka-Waikare. In all, it added up to more than 3.4 million acres.

And despite repeated and unambiguous promises that Māori who did not take up arms against the Crown would have their lands guaranteed to them in full, confiscation was applied indiscriminately, even taking in areas owned by those who had fought on the government side.

A few Pākehā got very rich off the back of the confiscated land as New Zealand’s pastoral economy boomed. Other, often large areas were never sold or settled, and remain in Crown ownership to this day.

For Māori, the results of raupatu were shattering. In the two preceding decades, Māori had emerged as major drivers of New Zealand’s economy through the production of food for both local and international markets.

That economy was delivered a near fatal blow as cattle and crops were seized or destroyed, flour mills and homes torched, and the lands that had been key to this wealth confiscated. Generations of Māori were condemned to lives of landlessness and poverty as a consequence.

Passed nearly 160 years ago and largely unknown to most New Zealanders, the New Zealand Settlements Act left a devastating legacy that endures for many Māori communities today.