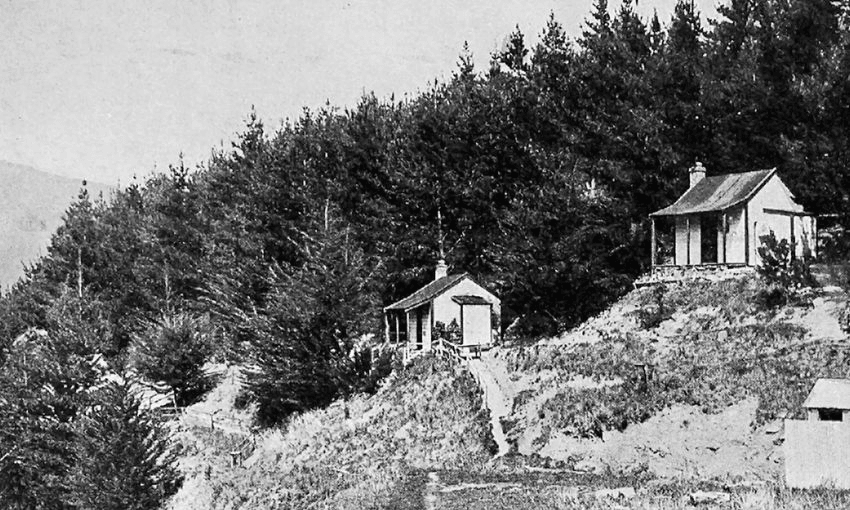 The cruelty – and small kindnesses – of quarantine 100 years ago

Benjamin Kingsbury is the author of The Dark Island, an account of New Zealand’s experience with leprosy in the early 1900s. Here he writes about what quarantine was like for those suffering from the disease.

Early in 1906, Christchurch Hospital admitted a man whose face and arms had become a mass of angry sores. Hospital staff hadn’t seen a case quite like it before. Could it be leprosy? The tests came back positive. The man was quickly put in quarantine, first in a local hospital, then in a nearby immigration facility. Media reports assured the public that there was no need to panic, but news of the case made people reluctant to get too close to each other on the pavement, and careful where they bought their food. The man himself wasn’t Chinese, but it didn’t help that fear of the disease had been amplified by widespread anti-Chinese sentiment.

Like other British settler colonies, New Zealand had been wondering what it should do with cases of this widely-feared illness. Unlike coronavirus, leprosy was only mildly contagious. Nevertheless, it was probably more severely stigmatised than any other disease. Public awareness of the risk of contagion had been heightened by the discovery of the leprosy bacillus in 1873, and the widely-publicised death in 1889 of Father Damien, the Catholic priest serving on Hawaii’s leprosy colony of Molokai. Doctors and administrators were worried that imperial networks of migration and trade might bring leprosy back to Europe, where it had long been largely absent. In settler colonies, the disease stoked fears of infection by Chinese migrants and indigenous populations.

By the early 20th century, a grim archipelago of island leprosy colonies had emerged across the British empire. South Africa’s Cape Colony had the notorious Robben Island; Canada had D’Arcy Island; Australia had Mud Island (also known as ‘Living Hell Lazaret’) and Peel Island. New Zealand’s first experiment in island isolation was the segregation of Kim Lee, a Chinese greengrocer, on a rocky islet near Somes Island in Wellington Harbour. Lee lived alone in a crude shelter, and had supplies rowed out to him or sent across on a flying fox. Despite the Health Department’s claims that he was making a good recovery, within eight months he was dead.

The Christchurch case of 1906 was thought to be the first time a European had been diagnosed with leprosy in New Zealand. The patient, Will Vallance, was sent to the immigration barracks on Quail Island, near Christchurch. This was the beginning of New Zealand’s leprosy colony. It was never a very big institution: only in later years did the number of patients exceed the size of a family “bubble”. But the experience of these patients – and others like them – still has much to say to us about the way we deal with our own periods of isolation, and how we respond to those in our midst suffering from loneliness, separation, or illness.

Leprosy was chronic and incurable (it wasn’t until the 1940s that an antibiotic treatment was developed). For most leprosy sufferers, diagnosis meant lockdown for life. They were separated from their families and friends, and lost their jobs and recreations. Even on the island they were subject to restrictions on their freedom of movement and contact with others. Social distancing became second nature. New Zealand prided itself on its modern, forward-looking Health Department, but visitors to the island were put in mind of the Old Testament’s prescription for the ostracism of leprosy sufferers: “he is unclean; he shall dwell alone; without the camp shall his habitation be”.

While the patients did have occasional visits from a doctor, Charles Upham, and help from a caretaker, most of their support came from each other. Some became comrades in adversity: in one remarkable instance, Jack Whakahi, a Māori man discharged from the island as a “burnt-out case”, returned voluntarily to look after his Pākehā friend – Will Vallance, who had become blind and unable to walk.

Yet isolation also put great stress on the patients’ bubble. When a relationship went wrong, there was no way of escaping it. In the confined, prison-like conditions of the colony, even a slight problem could grow into a serious grievance. Fist-fights broke out between some patients, and Upham was worried that something worse might happen: requests for a hunting gun were, probably prudently, turned down.

He is unclean; he shall dwell alone – An excerpt from The Dark Island: Leprosy in New Zealand and the Quail Island Colony

Some of this social tension was defused by visitors from the mainland. Family visits to the colony were permitted, but made only occasionally: it was all too easy to lose interest in a leprous relation. Local churches were responsible for most of the public support the patients received. Monthly services were held on the island: the patients participated from the verandahs of their huts, at least six feet away from the other members of the congregation. Concert parties also visited the island, and gifts for the patients were bought through fundraisers – valuable evidence that they hadn’t been entirely forgotten by the outside world.

The outside world, when it did pay attention, was just as often hostile. Residents of neighbouring towns, politicians, and farmers with stock in quarantine on the island made numerous attempts to get rid of the patients. Tradesmen were reluctant to work at the colony, and its buildings fell into disrepair. Even the colony’s staff, which increased in later years, were exposed to stigmatisation as “leper contacts”.

The patients did what they could to stay occupied, and created their own routines – a way of keeping some kind of control over their severely circumscribed lives. Many had pet birds: a talking magpie was known as “the comedian of the settlement” (they were still able to laugh). Some grew flowers, others chopped wood. Billiards and mini-golf were other popular pastimes.

Will Vallance was still on Quail Island when New Zealand decided to send its leprosy sufferers to the Fijian leprosy colony of Makogai – a convenient way of solving an embarrassing public health problem. Despite being badly disfigured, wheelchair-bound and blind, he was described by the doctor as “the most persistently cheerful patient we have”. He died in 1937, just a few years before a treatment became available: it had been a lockdown, for him, of over 30 years.

The Dark Island: Leprosy in New Zealand and the Quail Island Colony, by Benjamin Kingsbury (Bridget Williams Books, $39.99) is available from Unity Books