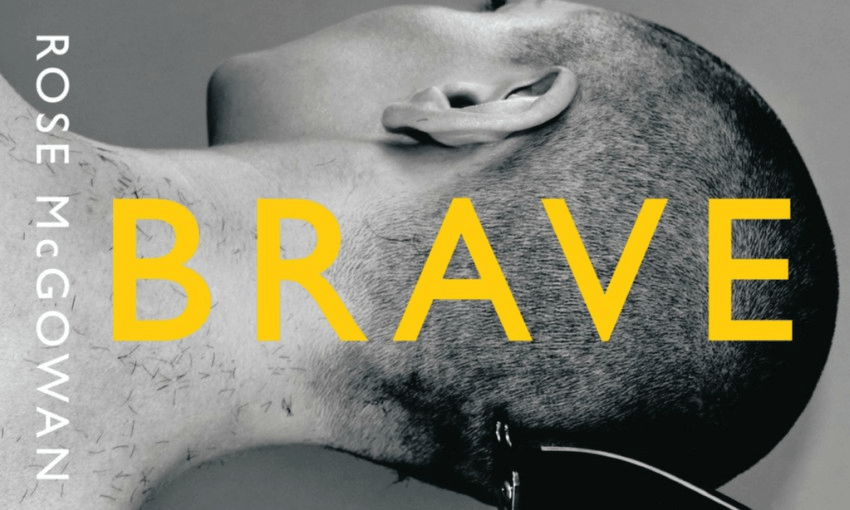 By Michele A'Court
Guest writer
Made possible by

Michele A’Court grapples with an uncomfortable truth about the Rose McGowan memoir – it’s a diatribe that tells us how to think.

It is a tricky thing to review a memoir, particularly one as dark as this. What you want to do is talk about the book – the writing, the storytelling, the structure and tone. But what you find yourself thinking most about is the person. And no-one should review a person. Yet my two strongest thoughts at the end of Rose McGowan’s Brave are that she needed a sensitive editor and, long before that, she needed a kind friend.

The context, in case anyone needs it, is the explosive sexual abuse allegations against Miramax’s Harvey Weinstein in October 2017 and the global #metoo movement which followed. Ashley Judd is often credited as the first silence breaker on the well-kept Hollywood secret that is Weinstein. Once the seal was broken, dozens more women were able to speak up.

In the wake of this, Charmed star Alyssa Milano helped popularise the Me Too hashtag as a way of establishing the magnitude of the problem of sexual harassment and assault. Women and men all over the world have responded. Weinstein is obviously not the only perpetrator – far from it – but he has become the symbol for men who use their professional, economic and social power to sexually abuse women, and for gathering around him people who will keep his secret.

McGowan, Milano’s Charmed co-star from 2001 to 2006, was among the first to detail their Weinstein story. His name doesn’t appear in Brave, though the story does. “I refuse to have his name in my book,” she writes. He is, instead, “the Monster” or “the Pig”. Her description of her first meeting with the Monster at the Sundance festival in 1997 is an incredibly harrowing and detailed description of a sexual assault, and how women respond – during and after – to that kind of trauma. A revelation, probably, for anyone who has never experienced it, and wholly authentic to anyone who has.

Also entirely authentic are McGowan’s descriptions of the way women are treated within the entertainment industry. The extraordinary pressure to look “fuckable”; the unsustainable physical and emotional demands; and also the lack of women writers and directors and cinematographers (and therefore the absence of stories with women at the centre).

This is Hollywood, so all of those factors are dialled up to eleven, though anyone who has worked in film or television anywhere (or who watches film and television) will recognise the fundamentals of the culture. Acting coach and director Rene Naufahu is currently on home detention for sexually assaulting six students. And there’s a New Zealand television producer and director who famously refers to their performers as “warm props”. “Props” are properties – the physical stuff an actor works with. The props department is in charge of cups and saucers, swords, books, and anything else an actor touches, carries, uses – any material thing that is not “the set” (the wall and doors and floors and major items of furniture like tables and chairs). So inanimate objects, moved around with no thought to their comfort or needs. Not spoken to, not empathised with. Things. Things that only exist to make the shot look good. Referring to performers as “warm props” is a way of saying they don’t matter, and are there to bend to your will.

So, you know, it would be naïve to think we were exempt from this kind of exploitation. We will have a clearer local picture soon – the newly formed Screen Women’s Action Group (SWAG) met this week in Auckland and Wellington to discuss exactly these issues within the New Zealand industry.

But “the Monster” is only one of the monsters in McGowan’s book. As a memoir, it is not so much stories from McGowan’s life, but a record of all the terrible things that have happened to her. From her childhood in Italy where her parents were members of a hippy cult, through her teenage years in America bouncing from one awful home to another, to life on the street, and then into what she calls “the cult of Hollywood”. There is no light to contrast with the shade. If a police officer turns up, he will crack her skull open. If she befriends a girl on the streets, that girl will be raped. If a man is standing in a window, he will be masturbating. If she falls in love with someone, he will be murdered. When she reconciles later with her father, he is diagnosed with a terminal illness.

Perhaps there have been no happy stories in the last 44 years, and her life really has been this relentlessly bleak. But I kept wishing an editor had found a way to help her reach into her memories for something good and kind and hopeful, just as respite from reader-empathy for the horrors she has had to survive. Or maybe I’m reading it wrong, wanting it to be a film script, with just one buddy, one bit of sisterhood, one mentor, one friend, and there truly wasn’t anyone there for her.

At which point it feels churlish to criticise McGowan’s narrative style. This is no fireside chat, obviously – it has the rhythm and tone of a speech at a political rally: short sentences, layered on top of each other as a pastor or a politician might. Her author’s note, preface, introduction and final chapters all sound as though they could be delivered from a lectern. There is much macro analysis followed by micro observations like this description of one of her mother’s boyfriends: “Lawrence Sr. was charming at first. But I wasn’t falling for it… I knew the hell this man could bring. He was truly evil, and he had my mom snowed. I kept desperately trying to tell her, but she wouldn’t or couldn’t listen to me. Despite the fact that she’d escaped Children of God and its patriarchal structure, the societal programming that a man was going to save her was so deeply embedded, she couldn’t see the truth. She was probably also lonely.” Often, I wished as a reader I’d been told the small story, invited to see the connections with the other small stories, and then left to draw my own overarching conclusions. But McGowan is always there, telling me what to think.

Still, as record of a moment in time – both the #metoo movement, and McGowan’s attempts at this point to process her own experiences – Brave has a place. It is compulsive, if persistently dismal, reading. And entirely her right to tell her story her way. Which is, after all, her point.