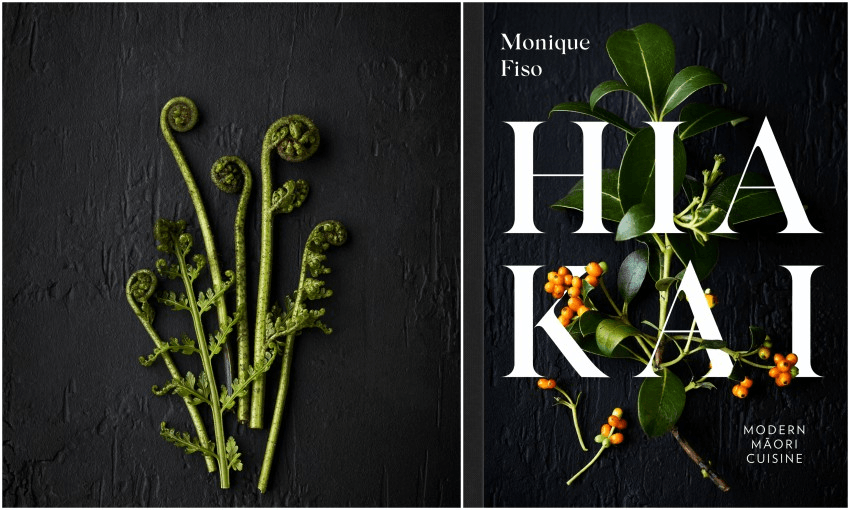 A review of Hiakai, perhaps the most important cookbook in the country

By Te Tangaroa Turnbull
Guest writer
Made possible by

Locked down in Brisbane, chef Te Tangaroa Turnbull finally read the cookbook they’d been waiting for – and was moved to tears.

Hiakai may be the most important cookbook yet written in Aotearoa. A foundation text for the use of traditional Māori ingredients, it deserves to be read alongside the likes of René Redzepi’s Noma or his series A Work in Progress, the elBulli catalogue, David Chang’s Momofuku, and African cooking odyssey The Soul of a New Cuisine. In Hiakai, Monique Fiso draws together diverse information not collected before into a single platform. Her book should be studied by every tangata who wants to cook in Aotearoa.

I asked Fiso three years ago whether a book like Hiakai existed. I never heard back. Like Fiso, I too am a Māori chef, having served an apprenticeship under celebrated chefs in Brisbane and honed my craft in the US. I have gathered every book I could find by chefs from Aotearoa or on Aotearoa, including the two pages Time Life saw fit to give to Australia and New Zealand in the seminal Foods of the World series.

Hiakai’s 272 pages are divided into three parts: a history of Māori food culture; a description of traditional ingredients; and finally, the recipes. There is also the oft-complained-about personal history of the writer, but in this case (it’s not always so) the bio is more than a branding exercise – it does actually help explain Fiso’s cooking. To understand any chef’s cooking – a form of communication through food, a loving act of succour – it is important to see where they have come from and hear them discuss the why of what they do.

I grew up in Australia as part of the diaspora. Reading about other Māori chefs and their experiences helps make me feel connected to te ao Māori … which brings me to my criticisms of the book.

Here I would like to acknowledge an elephant in the room: I have worked in a three-Michelin-star kitchen, but left on poor terms, and later worked hats (instead of stars, Australian and New Zealand use hats from the Good Food Guide) in both Wellington and Orange, New South Wales. Part of me worries that it may be a career-limiting move taking too sharp a sword to a chef of Fiso’s calibre. But, as I spend a lot of time talking about cooking, cookbooks and chefs and have gleefully, publicly accused a number of Aotearoa chefs of committing tax evasion, perhaps I am already beyond the pale and have nothing left to worry about. After all, I can always open a fish and chip shop.

I recognise the huge amount of mahi that has gone into Hiakai, but would have preferred that it did not extend to including the impressions of missionaries or James Cook. It is not clear how such discussion of early Pākehā takes adds to the understanding of Māori cooking. Similarly, I do not particularly see the point of the section on moa and their extinction. On the other hand, there are tantalising things mentioned (such as freshwater fermented lobster) that are not further explored. A technical criticism is that, in some parts, the book seems made for the western gaze and overly serious, without a sense of humour. For example, I find it slightly frustrating that no gentle fun is poked at “traditional New Zealand” cuisine. I was hoping for a playful take on local ingredients and mores; the absence of that feels like a shame. But then, I don’t have the obligation to employees to continue to bring in customers, nor am I the chef who ended up on an international top 100 list the first year they had a restaurant.

While I have a similar experience to Fiso, having gone to the US as a chef to learn, I spent more time in places like the Ozark Mountains and Seattle than New York City, so what is important to me as a chef is different to what’s important to chef Fiso. I can only imagine the difficulty of selling tītī, but I love the taste and at the moment am soaking ducks in fish sauce trying to get mock tītī. So seeing Fiso blanch the real thing to soften the taste is a bit disappointing. But I understand the reason behind the method.

Fiso has gathered information from both historical and oral sources, filling 70 pages with her details on ingredients, and demonstrating the care of both a skilled chef and loving relative. I consider being a chef a sacred task and approach my craft with awe, reverence and zeal. In several places Fiso drew tears to my eyes at the way she described a foodstuff – its flavour, environs and use – something Redzepi failed to achieve with his odes of love for Nordic cooking that are the Noma cookbooks.

What moves me is when Fiso brings te ao Māori into the book in unexpected corners. For example, after a matter-of-fact introduction to the entry on pāua, we get:

In Māori mythology, pāua began life without a shell. All the other sea creatures made fun of pāua for being unsightly and slow. Tangaroa, the god of the sea, saw the hardship pāua was enduring and decided to create a beautiful coat for it. He decorated it with shades of blue from the ocean and asked his brother Tāne, god of the forest, for the lushest greens. When the other sea creatures saw pāua’s new coat, they were jealous and destroyed it. So Tangaroa made the coat again, strengthening it so it would be impossible for any sea creature to break. He covered it with barnacles and moss to camouflage the ocean-blue and forest-green mosaic of the shell so pāua could live undisturbed.

This takes Hiakai beyond a book of foods. It’s a step back, to a philosophical perspective that centres the interconnecting web that binds everything, including people to our food. And it’s an example of why the stories we tell about food matter as much as the plating.

I’ve lost track of the number of European chefs willing to tell me that Māori can only boil or bury food. Hopefully, by beating them at their own game chef Fiso has silenced those people. Here she displays skill, passion and so much mahi: her book has a heft beyond its mere physical weight.

I consider the recipes to be Māori food through a western lens. But on balance, Fiso has written a tremendously important book, and all the more so for people such as me who are disconnected from their iwi. She has used her access to different people and brought their wisdom and skill together in one place. And while I know I will never use a single recipe from this book – my philosophy of cooking is of simplicity and skill – I already know I will never stop referencing her descriptions of ingredients (already I have used it to start to track down suppliers for my own experiments). This puts her work next to the 2500-page Modernist Cuisine, 2008’s definitive The Flavor Bible, crowdsourced from superb chefs, and Charles Wekselbaum’s Cured: Handcrafted Charcuterie as my go-to references.

With Hiakai, Fiso has built a foundation for Aotearoa cuisine that is both breathtaking in scope and a launching pad, the thundering Māori reply to Escoffier’s Le Guide Cuilinaire. Her book is a gift to every young chef in Aotearoa. I can’t wait to see what they might do with the information so well presented – and modelled – by a chef who is proudly Māori.

Hiakai, by Monique Fiso (Godwit, $65), is available from Unity Books Wellington and Auckland.