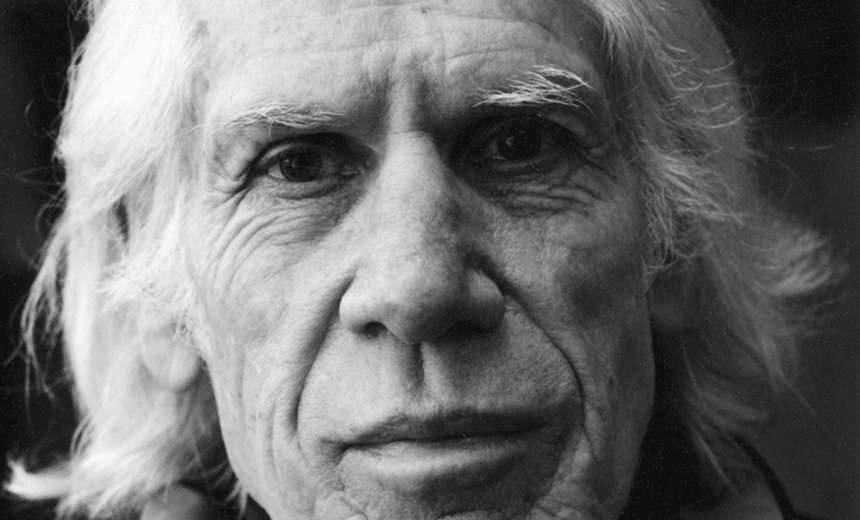 Book of the week: Finlay Macdonald on a posthumous work by the great maverick of New Zealand letters, James McNeish

An essay by Finlay Macdonald on a typically brilliant and impossible to categorise work of biographical art by the late James McNeish.

A journalist friend of mine once fell foul of the establishment so badly that he was forced to leave the country. It was an unhappy time, and he later suggested he’d like to make a documentary series about other people who had lived with the gut-churning anxiety of fighting for their careers and reputations.

He never got around to it, but in a funny way James McNeish did. When he first pitched the idea to me, in my then capacity as publisher at HarperCollins New Zealand, I was immediately intrigued. He already had a working title – Breaking Ranks – and its animating idea of “three interrupted lives”. Like so much of his non-fiction work, the idea was intriguing, idiosyncratic, surprising and fearlessly original.

The book takes three extraordinary New Zealanders and examines their brilliance and their downfall. John Saxby was a pioneer of mental health treatment, Reginald Miles a great soldier, and Peter Mahon (the best known of the three) a famous judge. They have little in common other than a heroic, arguably self-destructive, loyalty to concepts of truth and justice.

I was also reminded of another book that I’ve long admired, The Fatal Englishman, by Sebastian Faulks, published in 1996. It too takes three unrelated, relatively obscure and tragic 20th century lives, and weaves a subtle theme of wasted promise, both personal and collective.

Its power lies not in any false generalisations about the heroism of doomed youth, but in its sheer fatalistic gloominess. Refreshing my memory of the book I came across a line in one of its early reviews: “It will linger sadly in the mind like the flame of an extinguished candle.” Perfect, and not a bad description of McNeish’s book, either.

Faulks resisted drawing overt connections between his subjects – in part, perhaps, because he couldn’t really explain why he had chosen to write about them in the first place. As with Breaking Ranks, such an approach is open to the criticism of over-reach; three largely disparate biographies given a false thematic gravity by being lumped together inside the same covers.

I can’t speak for Faulks, but I know James was aware of the risks. As a publisher one is always looking for the ready epithet, the elevator pitch, the trite blurb, that will sell a manuscript or an idea at an acquisitions meeting or a sales conference. When I pressed him, however, he was candid about his own misgivings when it came to constructing a convenient précis.

I came to realise he was working it out himself as he researched and wrote. Bernard Brown addresses this in his epilogue to Breaking Ranks, recounting the author’s response to a suggestion he round out his studies of Saxby and Miles with another person who “rebelled against society and, like them, suicided”. James responded impatiently, “I’m not looking for that.” He was after something else – something about rebellion, for sure, but not a cliché to be summed up by the manner of death. He chose Mahon as his third man for more complicated reasons.

In our discussions, James spoke of an “anarchic” streak in the New Zealand character, an idea he owed to a chance remark by Eric McCormick decades earlier. James took it to mean a tendency, not simply to resist authority, but to take risks, to be foolhardy and bloody-minded; more than a lack of respect for establishment norms, a genuine moral and psychological struggle with them.

By the time he penned his short introduction to Breaking Ranks James seems to have embraced the idea. “In this sense the three essays, although quite separate, are not entirely random,” he writes. “All three men defy convention in a way that goes beyond mere dissent. A streak of subversion lingers.”

You can take issue with his thesis, but you also have to admit it is interesting. Similar caveats attended otherwise glowing reviews of Dance of the Peacocks, his study of five gifted New Zealanders who were students at Oxford in the 1930s and who never returned home. The biographical sketches themselves were stunning, but the identification of a pattern, some felt, was too much.

On the other hand, James’s talents as a researcher – as a journalist, essentially – always rooted his speculations in firm soil. He was a highly unusual blend of whimsical and scrupulous, someone with an inexhaustible fascination with the world and a consuming desire to tell people what he thought about it. He couldn’t have been anything other than a writer.

Is there a more eccentric bibliography in New Zealand letters? Aside from the plays and the journalism, what other individual could have written both a collection of anecdotal (and possibly partly fictional) vignettes of Kiwi pubs, and a biography of Sicilian poet and social reformer Danilo Dolci? Who else would write a novel based on the life of the outlaw James McKenzie, then follow it up with a biography of the same person? From his novel Lovelock (in which the famous athlete recounts his own death in the first person), to his early memoir of life in the remote community of Te Kuaka, and the almost obsessively argued dissection of the David Bain case, The Mask of Sanity, James’s writing migrated between subjects the way his beloved godwits migrate between hemispheres.

Years ago I interviewed him for television book show. Reading his back catalogue in preparation it slowly dawned that there was no common theme, other than the author’s name. If he was interested in something, chances are he wrote about it. If he wanted to do something, he did it – as a young man he went to Europe as deckhand on a Norwegian freighter, and later traveled the continent recording folk music; in London he worked at the Theatre Royal with “the mother of modern theatre” Joan Littlewood. He lived like a virtual recluse at times, at others in the heart of everything.

He was a maverick, and his writing is best approached with that in mind. When I chaired a session with James at the 2012 Auckland Writers Festival I watched him charm and seduce the crowd with his recollections of a life of action and the mind. At one point he welled up at a memory, and it was so unrehearsed and unexpected that he conducted a bit of impromptu self-analysis from the stage. It was both revealing and entertaining, but that was James – curious, in more than one sense.

We met again in 2015, when he was in Auckland researching the Mahon chapter of Breaking Ranks. I had to tell him I was leaving HarperCollins and would no longer be his publisher. He sipped his tea, said it was a shame, and offered me one of the complementary shortbread biscuits. We agreed to keep in touch, and off he strode – at 84 and with only a year to live, he seemed fit and lively, fully engaged with his work. It was the last time I saw him.

Reading the completed version of what turned out to be his final work has been a bittersweet experience. Mostly sweet, though, especially hearing that familiar voice again, elegant and precise, intimate and thoughtful.

As a biographer, James was always drawn to the mysteries of human motivation, rather than the austere recitation of verifiable fact. In Breaking Ranks this allows him to indulge in all manner of psychological asides: the relationship between risk-taking and exhibitionism, how bravery manifests itself in different people, why neurotics are good in wartime, where dissent comes from, the pettiness of the Establishment.

Most of all, James was a wise student of human nature, including his own. His writing is dotted with references to his own motives and doubts; he was happy to “break the fourth wall” as they say in the theatre; he didn’t mind raising big questions and admitting he had no answers. This made him hard to categorise, and one is tempted to suggest he shared with his last subjects an anarchic streak, a preference for the dissenting view, an iconoclastic disdain for conventional wisdom.

But that would be to succumb to the same temptation he identified in the writing of Breaking Ranks – to manufacture a convenient theme to unify disparate elements, to be seduced in a sense by the natural dramatic arc of other lives to the point of turning them into fiction. He faces this down in the opening pages, “preferring to let each life stand alone as a story in its own right.”

We should afford the writer the same courtesy, except to observe that from the aptness of its title to the generous humanity within its pages, James McNeish’s last book is his own best epitaph.