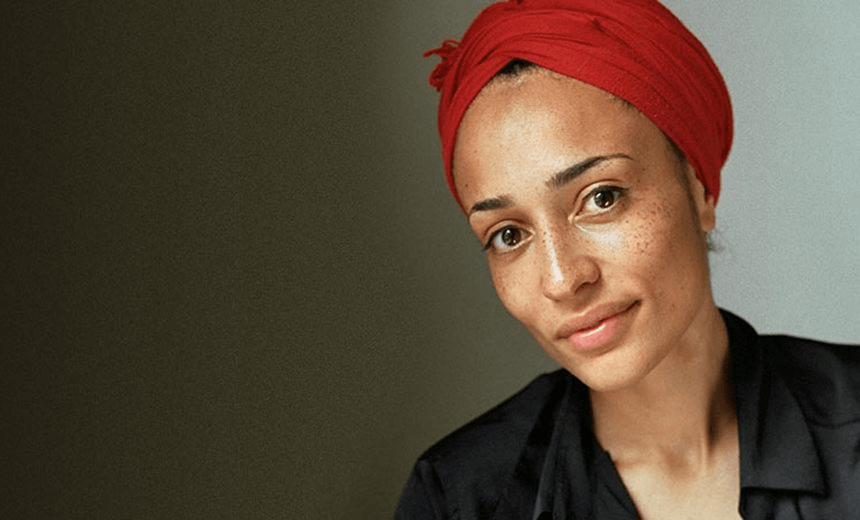 The Smiths, part two: Zadie Smith gets an unfortunate attack of PC-gone-mad hiccups

By Elizabeth Heritage
Guest writer
Made possible by

A cartoon in The Guardian last year suggested promotional stickers to put on novels. One of them read “By the author of a much better, more famous novel” and another “A bit like that other book you liked”. Both belong on Zadie Smith’s Swing Time.

The British writer’s fifth novel is written in the first person from the point of view of an unnamed female protagonist, telling her life story from her childhood in the 1980s to the present day. She grows up on a council estate in north-west London with a black mother and white father, and forms a close, complex friendship with Tracey (“Our shade of brown was exactly the same”) when they take a dance class together. Dance becomes their passion, but only Tracey has the talent to become a professional. As an adult, the protagonist gets a job as a PA to mega-celeb Aimee (think Madonna, or Angelina Jolie), and is sent to an unspecified West African country when Aimee takes a fancy to create a school there for girls living in poverty. Tracey, meanwhile, despite a promising start dancing for the stage, continues to live on the estates.

Much of Swing Time is the protagonist narrating and reflecting on her friendship with Tracey. This reminded me irresistibly of Elena Ferrante’s My Brilliant Friend (and subsequent novels), which also traces the intense, complex friendship between two women who grew up together in a slum. Here too, the story is told in the first person from the point of view of ‘the one who got away’; the girl who went to university and consequently moved upwards through the class system. In both works, the friendship is stretched by absence and diverging lifestyles but remains a central, fraught relationship, wherein the protagonist feels oppressively defined by her friend: “in my first term at my new school, I found out what I was without my friend: a body without a distinct outline.”

Although they have many similarities, Swing Time and My Brilliant Friend are very different in tone: Ferrante has written an immersive psychological drama, whereas Smith sets an ironic distance between herself, her characters, and her readers.

The other book that I felt constantly on my shoulder as I read Swing Time was Smith’s debut novel, White Teeth (2000). It created a huge stir even before it was published, when Smith, then an unknown writer barely out of her teens, was given a six-figure advance. Sure enough, the book was excellent and deservedly gathered many major awards. Like Swing Time, White Teeth is set in north-west London and is very concerned with race, immigration, identity, and British multiculturalism. Unlike Swing Time, I found White Teeth wonderfully entertaining and strange; there, the storytelling and sheer novelistic talent took precedence over intellectual discussions of political issues.

It covers racism, sexism, voluntourism, inequality, class divides, queerness, intersectional feminism, power imbalances (historical and present), political activism, slavery, religious fundamentalism, poverty – plus whatever the ‘ism’ is when rich white celebrities adopt black babies from impoverished parents in developing countries and take them to the other side of the world. Smith has lots to say about all of these issues and more, and while I share her politics and found myself agreeing with nearly all of her implicit messages, I did yearn for a bit more storytelling and a bit less moralising. (Swing Time would be catnip for students of post-colonial literature, though; I can easily see some Masters students having a field day.)

But Smith is an accomplished writer, and Swing Time is an enjoyable enough read. There’s no doubting Smith’s intense engagement with the politics of modern life, and many of the scenes are very funny. Also, every so often I would come across a sentence or image that I just loved: “[The light in the unnamed African country] buzzed and held you in its heat, it was thick, alive with pollen and insects and birds, and because nothing higher than one storey interrupted its path, it gave all its gifts at once, blessing everything equally, an explosion of simultaneous illumination.”

But in the end, Swing Time is a bit like My Brilliant Friend and a bit like White Teeth, and not as good as either of them.