In her young adult novel These Violent Delights, New Zealand writer Chloe Gong took the most famous play of the Western canon and set it in 1920s Shanghai, with knives. Here she is on diversity, and sticking with it for the long haul.

Since I was 12 years old I’ve lived and breathed young adult literature. I walked out of the library with a whole stack every week, and had usually torn through them within a few days. Reading those stories was the best escapism from the monotony of going through high school, and even now, as a university student, if I need a break from real life I’ll still open up a YA book and dive right in.

So perhaps it is unsurprising that I’ve spent a good portion of my undergraduate academic career tracing the origins of YA, and my professional career trying to pinpoint where the category is going next.

YA is defined not by its content or by its subject matter, as genres are, or even by the people who read it – but rather by the audience it is aiming to reach. By popular categorisation among professional industry agents and editors, YA is fiction written for readers from 12 to 18 years of age. But almost half of YA buyers are older than 18, and 78% of those buyers are picking up the books for themselves, despite not being the intended target.

Though YA by definition started with the intention of crafting stories fitting for teenagers, a sense of standardisation regarding what teenagers want has since swept through the category, and there are now rules (you might call them genre conventions) which a YA text must follow in order to fit in with its label.

During YA’s commercial boom in the 2010s the biggest-selling books became touchstone texts, copied and copied again as “successes” that spoke to the target audience. It’s not hard to understand why: in 2016, Harry Potter had sold more than half a billion copies, Twilight 160 million, The Hunger Games 100 million, The Mortal Instruments 50 million, and Divergent 32 million. The numbers have only skyrocketed since then. The stylistic choices of these series are all alike at heart. While some use third person and others use first person narration, they follow one protagonist throughout, unless the series further expands into prequel or spinoff territory, which we have seen with Midnight Sun (Twilight) and The Ballad of Songbirds and Snakes (The Hunger Games). Usually, though, the focus rarely wavers from, for example, Katniss Everdeen in the first three books of The Hunger Games, nor does the central storyline stray from Clary Fray in the six books of The Mortal Instruments. Compare this to phenomenal adult fantasy series George RR Martin’s A Song of Ice and Fire, which follows multiple characters, converging and diverging on different narrative arcs. YA prefers to keep the scope personal and centralised. In the same vein, YA tends to follow one grand storyline: toppling a regime, defeating the villain, surviving vampirism, and etc. While adult fantasy may tread down this same path, other genres written for adults commonly do not care for tight pacing around one main storyline, or will use the main storyline as a mechanism to move characters around for deeper musings on the meaning of life. YA literature fundamentally does not perform the functions that a large portion of adult literature prefers – because the purpose of writing for 12-18 year olds is to tackle a teenager’s place in the world. For this to be most effective, the convention is to remain in one protagonist’s head, with one goal that drives their character development.

The buzz around YA in recent decades, however, isn’t necessarily about the content. While the stories coming out from YA have been award-winning and worthy of study in academic classrooms, YA is a category that incubates “overnight sensations” and cultural zeitgeists, and when they break out, this often catches the interest of wider media. So when we talk about genre conventions in YA, we could say that the ideal story is one that could build a fandom and absolutely erupt.

And after the eruption comes the replication. Twilight, for example, drove the popularity of dozens of similar attempts in the paranormal romance genre. The series didn’t just usher in vampires, but a particular formula: ordinary human girl moves to a new town, is noticed by a mysterious boy of otherworldly essence, falls in love, and is pulled into a whole new world of mystery and intrigue. Subsequent books often introduce a second love interest, which incites intense fan debates. It’s no coincidence that word-of-mouth on Twilight only increased with time – and the beefing-up of Jacob.

There’s an assumption that authors pinpoint trends and write to them. But the truth is that it is usually the industry picking a winner and hoping like hell. Books take two years to acquire and put onto the shelves; when something like Twilight tops the charts, the industry searches through manuscripts that already exist for something to shove into the pipeline as well. But YA literature falls in love fast and falls out of love fast too. As trends become saturated, the industry keeps moving, looking for the next thing to crush on.

Marketing teams have learned that YA as a category is not stable. Where adult fiction may not break out with huge cultural markers as YA did with Harry Potter, Twilight, or The Hunger Games, it also will not wobble as everyone pivots to race after a trend, as was the case in YA when the industry embraced paranormal romance so thoroughly that, by 2012, new releases spectacularly crashed and burned. 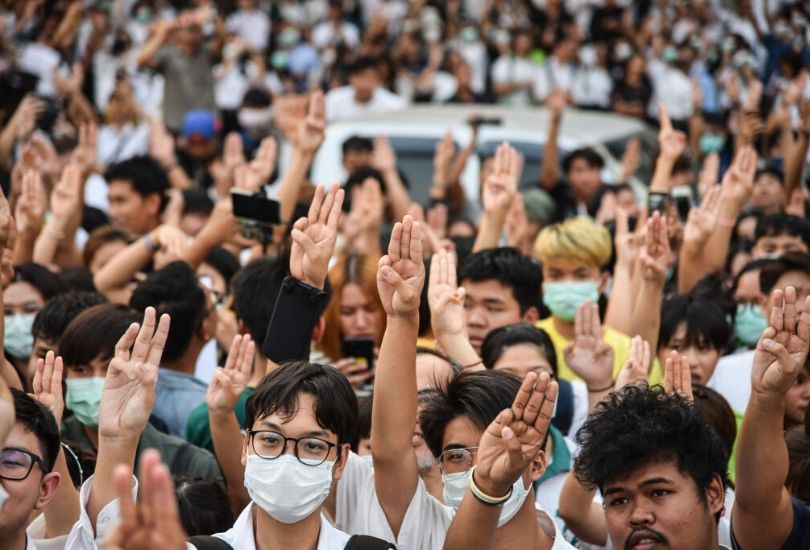 In recent years, the next-big-thing nature of YA has lessened. There is constant speculation about where YA is going next, but predictions generally rely on stability, and the Gen Z cohort is infamous for shaking up its own preferences, which makes trend prediction near impossible. One moment we hate love triangles, the next we think it actually kind of slaps again. One day TikTok declares that certain stories are overdone and the next someone else has argued that it’s a bad take. When social media is this fast-moving, influencing what today’s readers are picking up, it is almost satisfying that traditional media campaigns have less of a hand in deciding what should grow big.

In the wake of paranormal romance and dystopias, the closest to a new wave in YA right now is fantasy. A Court of Thorns and Roses author Sarah J. Maas has wholly consumed the bookish side of TikTok, while Leigh Bardugo’s Six of Crows and Cassandra Clare’s Shadowhunter Chronicles remain the largest fanbases on Book Twitter.

These three writers, like Rowling, Meyer, Suzanne Collins and most other top-selling writers in YA, are all white women. Such lack of diversity, especially in the series that build huge fanbases, has been flagged again and again. Authors can try to counter this by adding characters to broaden representation, but the lack of diversity at the creator level nevertheless leads to stories accepted by the straight, white status quo.

Of course, in the earlier years of YA, writers created stories running against that grain, but their books were not given the chance to rise to the levels of the other titles mentioned above. So when YA of the 2010s comes to mind, it is difficult to say it was anything other than stories that were straight and white – although in recent years, the gates seem to have been shifting and expanding.

I’m thinking of bestselling debuts like Tomi Adeyemi’s Children of Blood and Bone, and Sabaa Tahir’s An Ember in the Ashes. Released five years ago, these books paved the way for YA fantasy from underrepresented voices to enter into prominence too, right when YA fantasy is having its heyday. And so, on the New York Times charts for 2020 were Tracy Deonn’s Legendborn, Aiden Thomas’s Cemetery Boys, Roseanne A. Brown’s A Song of Wraiths and Ruin, and, without tooting my own horn, These Violent Delights. [Editor, tooting: Gong’s book has just landed a seventh week on the NYT’s Top 10 chart and is now the bestselling teen and young adult historical romance on Amazon.)

The danger of the industry positioning these releases to mimic the pattern of Fallen, Shiver, Captivate, and Hush, Hush – that “girl meets supernatural creature” formula in 2010 – is that these stories begin looking like a trend. In 2020 and beyond, the industry without a doubt found a marketing tool in the “underrepresented-voices fantasy” formula. Given the volatility of the category, I worry this will see marginalised creators pushed out of the market when it is deemed “saturated” and publishing latches onto something new, like what happened to paranormal romance. No matter how much underrepresented authors insist that our stories are not a trend, and are worthwhile to pick up simply because they are stories that are worth reading, how do we make our point if the industry seems to be saying otherwise?

It is my hope that YA is in fact expanding the sort of stories they are letting creators tell, and not merely clutching onto a zeitgeist. While it seems like YA is moving toward more diverse stories, the statistics we have show that the proportion of books by and about underrepresented voices remain shockingly low. The Cooperative Children’s Book Center in the US publishes annual surveys of diversity in children’s publishing. As an example, until last year it didn’t parse Pacific Island characters or writers separately, lumping them in as Asian/Asian American. Its most recent report, published last June, found that of 4034 books the centre received, only four were about Pacific Island characters or settings, and only five were by a writer or illustrator identifying as Pasifika. The report concludes: “Despite slow progress, the number of books featuring BIPOC protagonists lags far behind the number of books with white main characters – or even those with animal or other characters. Taken together, books about white children, talking bears, trucks, monsters, potatoes, etc. represent nearly three quarters (71%) of children’s and young adult books published in 2019.”

I’m very interested in the centre’s next report, as the industry continues moving forward in its diversifying efforts. There was a great boom in 2020 – now can we hold them accountable to continue along this path?

It will be hard to say that diversity is really a hallmark of today’s YA until we see reflective statistics on the charts and on the shelves – and until we’re sure these books are not about to dramatically flare out, as the eras of paranormal romance and dystopian did. As the YA fantasy wave starts to ebb and this pseudo-genre moves into what is coming next, the shelves will be most faithful to the diverse young readers it claims to nurture by supporting marginalised creators into the future.

These Violent Delights, by Chloe Gong (Simon & Schuster, $24.99) is available from Unity Books Auckland and Wellington.