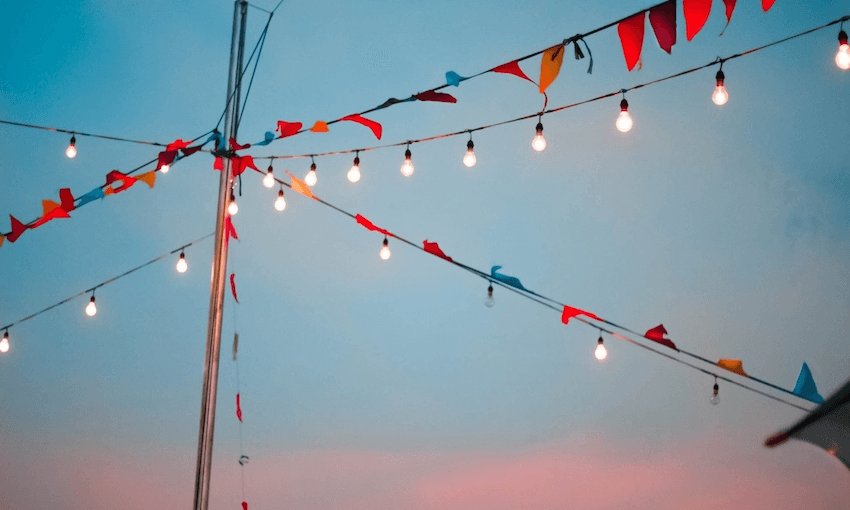 The Friday Poem: At the Fair by Tim Upperton

By Tim Upperton
Guest writer
Made possible by

All these people had come to an outdoor fair.

They were walking from one stall to another,

inspecting the goods for sale, picking up a jar

of quince jelly and holding it to the light,

tipping it sideways to test the set, putting it down

again. Everyone was eating instant noodles

from disposable cups. In one hand

they held the cup, and in the other they held

the sachet of flavouring and a plastic fork.

They were trying to sprinkle the flavouring

on their noodles, but what with walking around

and the fork and a light breeze blowing, most

of the dry powder drifted away or fell to the ground.

One man tore his sachet and shook it furiously,

‘Stop!’ I shouted to the crowd, and a few looked my way.

I waved the paper serviette that came with the noodles—

‘with this!’ I quickly made a funnel, poured

the flavouring on to the noodles. None was wasted!

More people gathered around. Some fumbled

with their flavour sachets, made funnels

with their serviettes, but they made them wrong,

and the flavouring missed their cups. I was losing them.

They dispersed, diverted by the many attractions,