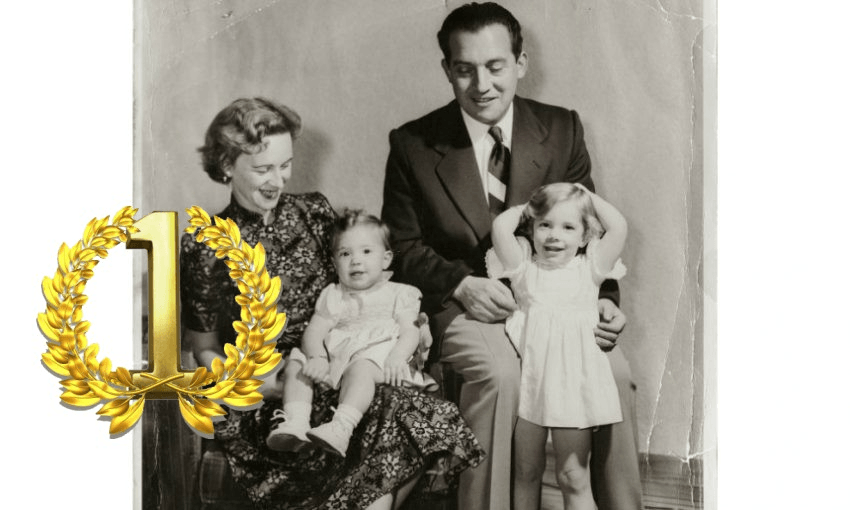 The best book of 2017: Driving to Treblinka by Diana Wichtel

All week this Christmas week we count down the best six books of 2017. Number one: Driving to Treblinka by Diana Wichtel. ‘It is a story that will make all who read it a better human being,’ says reviewer Dr David Galler.

We come into this world imbued with the spirits of our ancestors. It is history and memory that shapes us. Driving to Treblinka is a story of intergenerational trauma, of loss once and loss twice; about being found, and about becoming whole, and the redemption that comes along the way.

This is a story of sacrifice and pain but ultimately this is about a love and humanity that transcends the horror of the Holocaust, and the guilt that results from learning of the abandonment of a father; it is a story that will make all who read it a better human being.

In her deeply personal memoir, Diana Wichtel reveals so much about herself and her family that it is inevitable that the reader will respond in kind – with tears and with admiration, with awe and with wonder at this woman’s determination to find out about her father Benjamin Hersz Wichtel, who as a young man miraculously survived a certain death at the Treblinka extermination camp by escaping from a train; and then years later, another all-consuming search to discover what happened to him in the years after Diana’s mother whisked her young children away from Vancouver to New Zealand never to see him again.

This story is in part my story, too. My mother Zosia Minc was a survivor of Auschwitz and the Death March that followed; my father, Aron Galler, survived four years fighting for the Polish Army based out of London. Both of them lost their parents and families and friends during that terrible time. Unlike the many millions of Jews, gypsies, communists, homosexuals and so called “undesirables” who were exterminated during that time my mother survived, by luck she said. She, like Benjamin, experienced things no human being should ever experience and was, like him, forever defined by that. But how could life go on for them after what they were forced to see, do and endure? Changed forever, each of these survivors carried their own terrible burden that always needed to be managed in one way or another; never far away, skin deep.

My mother was forever haunted by those experiences and suffered from recurring nightmares and a constant anxiety but thanks to the enduring and patient love of my father, she was able to craft a parallel persona to become the generous, loving, glamorous, liberal minded woman and friend to many that we all remember.

But what happened to Ben Wichtel? How could life go on for him and what impact did that have on those that loved him? Sadly he was not so lucky and therein lies the kernel of difference that is at the heart of this amazing story.

It is abundantly clear to the reader that Diana’s search for her lost father was no easy matter and that over time it became an increasingly necessary obsession. It is also clear that this search took a considerable toll on her and her family. It took courage and commitment to go into such uncharted territory to confront the horror, feel the pain, understand the sense of incredulity and abandonment that her father, vulnerable and scarred by his wartime experiences, must have felt after the rest of the family moved so far away; and ultimately to come to terms with the sadness and guilt for leaving him alone with his demons.

Of course there can be no turning back once in this vortex of discovery, one painful disclosure after another which finally culminated in learning of his lonely death. Diana writes of her father, a Jew “having been given the last rites of a church of which he was not a member in the name of a god he didn’t believe in”, and that “to read this is like being an accessory to a crime.”

These admissions and discoveries, here for all to read, are stunningly brave and beautiful. The author’s intrepid courage stands as a challenge to me and I suspect to many that our stories are never ending and that in seeking them out and telling them as they were we will all become better but maybe too there is no gain without some pain.

Just this morning I received this email from a student in Israel.

i have read about your mother in a book which includes written testimony which was taken from children after the holocaust.

your mother’s testimony was taken by a woman called Aida Glickstein in an orphanage in Chorzow, Poland.

I recommend you to read her testimony. its very interesting and detailed, because of the fact that it was taken only 2 years after the end of the war.

the book is called “Children Of The War 1944-1948”. I’m not sure it has an English version but I can translate for you parts of it if you want.

Tears more tears – there is no end

As a younger person knowing of my parents’ past, knowing too the detail of some of their past, my first response was to hide like I did when I was a child behind the armchair during the scary bits on TV, taking sneak peeks round the corner and only coming out when the coast was clear. In some ways I am still that little boy walking through life with his eyes half shut, wishing to believe that none of what happened really happened and please can’t we just live our lives without having to think about all of that, the horrors of the past and the present, the plight of the poor, the homeless and the disadvantaged, but that is no recipe for the future, I know that and surely you must too.

Not everything that is faced can be changed but nothing can be changed till it’s faced, and that has been Diana’s story as it must be for all of us individually and collectively.

My parents never wanted to return to Poland, the home of their parents and their parents’ parents and more; they were forever thankful to have washed up on our shores at different times and quite by chance. I have been there only once many years ago and visited the house where my father grew up, Krakow University where he studied, the towns where his father took the waters to cure his ailments. I have visited the place where my grandmother died and my mother survived. For years I have harboured a distrust of the Poles for their generational antisemitism despite knowing too that some provided shelter to Jews fleeing for their lives. I share Diana’s sense that Poland is a place where we Jews still need to tread carefully and I too feel so much more comfortable in Berlin where their efforts to atone for the past is so obvious.

There have been times when I have wanted retribution and thought of launching claims in the Polish Courts to seek the return of all that our families lost – the massive iron foundry near Radom in Konskie, the assets and land of the hemp factory in Pzemysl, the monies lost in Swiss Bank accounts and more.

Still, I am overcome with fury and sadness at what was done to my mother and father and to their families, to Benjamin and so many more, but instead of doing all those things, I now use a Polish passport when I travel in Europe – at first glance a flimsier less red document compared to those of other European nations but one that still works – my one-fingered salute to the Poland my parents so disliked.

History is not the past, it’s the present. We carry it with us and in us. We are the sons and daughters of people displaced and traumatised – no wonder we are the way we are.

In the months before my mother’s death we spoke a lot about her own past. We talked about the world today – and wondered whether there will even be a tomorrow for much longer, and if there is – what it will be like for our children and their children. We confronted that terrible feeling of helplessness in the face of great challenges: poverty and desperation at home; global warming and the impact of Climate Change; the turmoil and conflict elsewhere; the horrors of places like Aleppo, and so many other instances of cruelty and hate that seem to be on the rise – all things that scare us and turn us inwards, away from each other.

Dear reader, read this book. The author has done us all a great service. Thank you, Diana Wichtel.

Driving to Treblinka: A Long Search for a Lost Father by Diana Wichtel (Awa Press, $45) is available at Unity Books.