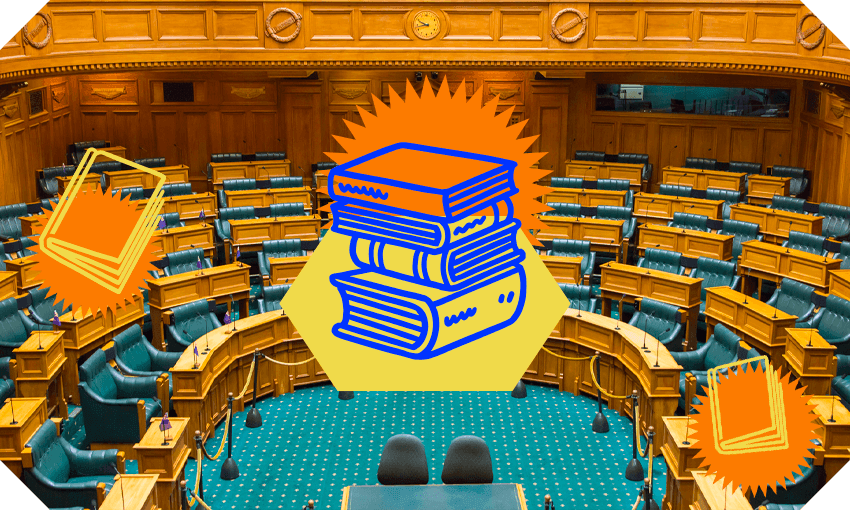 Revealed: the books most borrowed from New Zealand’s parliamentary library

And why there are no novels on the list.

Second on the 2022 list of books most borrowed by library users – whose number include MPs, their staff, and staff of the Parliamentary Service and Office of the Clerk – is former National minister Chris Finlayson’s He Kupu Taurangi: Treaty settlements and the future of Aotearoa New Zealand. Fifth is another topic of the moment, in the form of Information Wars: How We Lost the Global Battle Against Disinformation & What We Can Do About It by a former high-ranking US government official, Richard Stengel.

Disappointingly, the parliamentary library no longer stacks novels on its shelves. When I last undertook this exercise, nine years ago, for the Listener, the top 10 for the eight years to 2013 included titles by Marian Keyes, Lee Child and Alexander McCall Smith (Nicky Hager’s The Hollow Men was number one).

“The Library stopped collecting and loaning fiction in 2014,” a library spokesperson told me, with – I am choosing to imagine – a wistful sigh. “As the collection exists to support the work of parliament the library decided that fiction was outside our scope. We closed the fiction collection in 2014 and offered the items to New Zealand libraries.”

As all library lovers know, poets – Lee Child among them – are the unacknowledged legislators of the world. Just as there’s a parliamentary gym, there should be the material to exercise parliamentarians’ – and staffers’ – imaginations. The evacuation of the fiction collection is accordingly a terrible idea which can only impoverish our democracy and should be reversed immediately.

Memoir features highly across the annual top 10 lists, with Marilyn Waring topping the pops in 2019 and Holly Walker in 2017. Judith Collins makes fourth on 2020, but there’s no sign of Simon Bridges, who will have to convince himself that his colleagues simply had to buy a copy.

In 2020, parliamentary readers looked to history to understand what was going on, with the story of the 1918 pandemic and “New Zealand’s worst public health disaster” the most loaned book. In 2017, a collection of “great speeches in history” makes the list – reflecting, perhaps, the oratorical ambitions of the new intake. In 2018, Michael Wolff’s jaw-dropping Fire and Fury: Inside the Trump White House was first, ahead of Jonathan Boston’s study of social investment.

A couple of other titles that stick out: Workplace Bullying in 2017 and Beyond Burnout in 2020.

And a bouquet to everyone who put Scotty Morrison’s Māori Made Easy in the top 10 three years in a row.