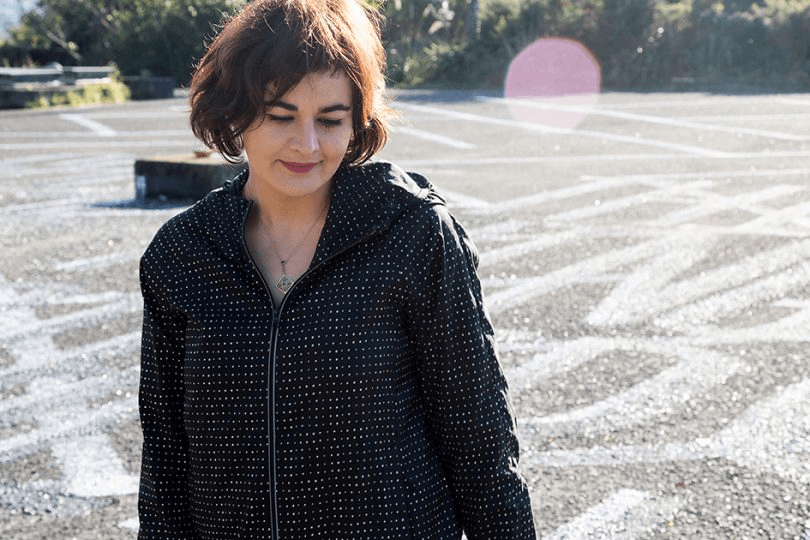 Ashleigh Young talks about her feelings as she steps into her new role as poetry editor at The Spinoff Review of Books.

Last week I read some poems from Gregory Kan’s poetry collection Under Glass (forthcoming in March with Auckland University Press). I tried to describe them to a friend, and said, “They’re amazing” in about six different ways, then I tried out, “They feel like … being underwater.” Then I defaulted to some exclaiming horse noises.

I find it hard to describe poems well, especially poems that have affected me in some way. It would’ve been slightly better to say that Greg’s poems feel like being underwater with goggles on and breathing apparatus. But I wonder if it’s that I’m reluctant to investigate further and risk breaking the poem’s spell. Or maybe I just don’t have the vocabulary to describe what’s happening when I like something so much. Whatever it is, because I am an editor, I’ve always understood this as a weakness. I read a lot of poems and often I have to have things to say about them. Why isn’t it easier?

I’ve been reading about the heatwave in Australia and one report was full of grave illustration – homelessness services working overtime, fishes dying in the rivers, tools that could blister gardeners’ hands. There was one detail that for some reason brought the picture into an even sharper focus for me. It was a woman saying how each night she would test the temperature of the concrete with her bare feet before letting her dogs out to run around, to make sure their paws wouldn’t get burnt.

I don’t know why it was that detail that stayed, but it’s true that we need detail to more clearly see what’s happening around us. I think it’s the same for a poem. I think of the eerie plastic bags at the end of Carolyn DeCarlo’s poem “Winter Swimmers”, and Geoff Cochrane’s mirrory sunglasses, and Fleur Adcock’s poor toad lying across her palm,  and a line in Oscar Upperton’s poem “Cross dresser”: “I was made strange, to a strange pattern.” When I’m asked to describe a poem, I often just come back to the detail that caught me and made me feel like my blood was flowing in the other direction for a moment.

Maybe feeling inarticulate after reading a poem means that the poem has gone somewhere new. Maybe the fact that it’s hard to describe shows that it exists somewhere else, somewhere with its own power source. More and more I want to enjoy art and be moved by it without having to defend it or argue about it or even describe it; I kind of want whatever descriptive abilities I do have to be defeated. I don’t care anymore that being good at talking about literature is seen as a prerequisite for any public-facing writer. Let’s all stumble around and allow each other to get the words wrong when we talk about things we love.

I remember being taken to task a couple of years ago by a critic [editor’s note: Peter Schimmel, New Zealand Books] who argued that something I’d said about poetry was a cop-out, because I began the sentence with “I feel like”. But I did! I did feel like. The work had made me feel something, so I had started with that.

When choosing poems for the Friday Poem, I’ll start and finish with that. All I ask is that the poem takes me somewhere and makes me feel something. The poems I want to share are the ones that, for whatever reason, excited me and stayed with me, and I hope they’ll stay with you too. Even if it’s because you found them annoying, since you won’t love everything I choose to feature.

Obviously, a poem strikes every person differently. For everyone who was changed by Mary Oliver’s “Wild Geese”, someone else was unmoved by it, maybe even felt embarrassed for being unmoved. For everyone who laughs their head off at a poem about zucchinis (me), there’s someone who doesn’t get why you’d even write a poem with piles of vegetables in it.

To that end, taste is personal, and often I will need to turn down people’s poems. Saying no doesn’t get easier. It gets harder, and every time I’ve done it I wish I could disappear into one of those cryogenic chambers for a day. It’s even harder to say no when you can see that parts of the work are good, are firing, but, for you, something in it hasn’t achieved exit velocity yet. If you send me a poem and I say no, a) please know that all I have to go on are my own fallible instincts, sensibilities, experiences, and reading, things which differ wildly between each of us anyway, and b) please send me the next one you write.