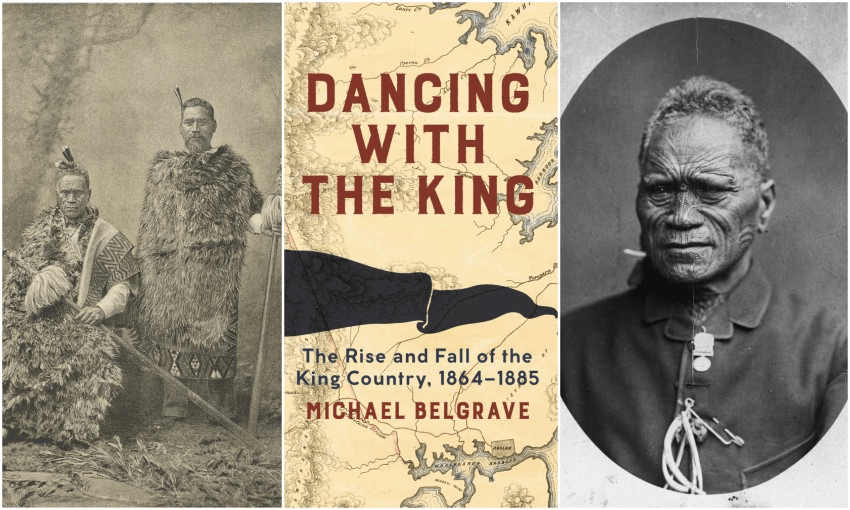 The Monday Extract: Tāwhiao, the second Māori King, goes to London to see the Queen

By Michael Belgrave
Guest writer
Made possible by

For 20 years, the second Māori King, Tāwhiao, governed Rohe Pōtae (the King Country) as an independent state. Tāwhiao also sailed to London in an attempt to see the Queen; the mission is described in this extract from a new study of that 20-year reign.

Going to London to see the Queen was a rare but far from impossible expedition for Māori during the first half of Victoria’s reign. In 1853 a small deputation of Whanganui rangatira had a friendly and informal audience with Queen Victoria and Prince Albert at Buckingham Palace, and then in 1863, during the height of the Waikato campaign, a touring concert party met the recently bereaved Victoria and two of her daughters at Osborne House.

Given Victoria’s mana and her role as guarantor of the Treaty of Waitangi, it was not surprising that in 1884 a group representing a wide range of tribes would take an appeal to London. What would have been surprising not many years earlier was that the delegation was led by Tāwhiao, as the leader of the Kīngitanga. In the 1850s the Kīngitanga had withdrawn from any direct sense of allegiance to the Queen, no longer offered prayers for her health and well-being, and at best considered her a remote and benign figure of little relevance. The Treaty of Waitangi had become similarly marginalised in the Kīngitanga’s political thinking and rhetoric. By 1884, Tāwhiao was moving closer to the Queen and at the same time bringing the Treaty of Waitangi increasingly into his thinking about the relationship between the Kīngitanga and the colonial government.

Prior to leaving, Tāwhiao, accompanied by Rewi and the travelling chiefs, visited [Governor] Grey on Kawau Island to receive letters of introduction to useful contacts in London. Grey shrewdly referred to the problems of alcohol and together the men drew up a pledge to be kept for 12 months. Grey, Tāwhiao, Rewi and Te Whēoro put their signatures to the pledge, and the King committed himself during his trip to London to act with the “propriety and dignity which became his position”. Grey’s niece and adopted daughter, Mrs Seymour George, then sewed pieces of blue ribbon onto the clothes of all those present as a public token of their commitment to temperance.

Given Tāwhiao’s often embarrassing liking for drink, Grey and his co-conspirators were as much determined to limit the likelihood of a drunk monarch turning up at a royal garden party as to deal with the problems of alcohol in the Rohe Pōtae. In this they were completely successful, and Tāwhiao’s royal tour of England became a mission for temperance without closing the door to the gaiety of London’s theatres and clubs. Everywhere he went he drank only ginger ale.

The group returned home until March 29 when, accompanied by 30 Māori, they travelled by train from Mercer with 300 more coming down the river, where the travelling group was given a formal send off.

They left Auckland on April 1, 1884. When they arrived in Sydney the Australian press treated him warily, lampooning his royal pretentions. The Daily Telegraph described him as “His Majesty King Tawhiao, Monarch of the Maoris and supreme ruler of the tribes, territory, independencies of the Waikato, accompanied by his leading chiefs”. Tāwhiao was friendly and confident, welcoming a journalist with a hongi. But when asked of the health of his family and his age they were puzzled by his responses. He had to count a number of times on his “imperial fingers” to remember the number of his children.

Their celebrity status had preceded them to Melbourne. In their hotel the party was forced to scuttle to their rooms to avoid more gentlemen of the press. Nonetheless, being in the public eye was essential to their mission. The highlight of their brief visit was being the royal guests at the Victorian International Exhibition. They were driven on a four-horse drag, and were dressed in blue frock coats with shiny silk hats and had large bouquets for their buttonholes.

Tāwhiao looked upon the exhibits with very different priorities than those of the organisers. This would be a feature of his many tours of zoos, museums and exhibitions. He rushed past much of the exhibition, barely noticing the grand examples of civilised and industrial progress, only to be stopped in his tracks by the sight of a tricycle, an invention that seemed particularly useful to him. While the journalists found it odd that a tricycle could be so much more engrossing than a train, they failed to appreciate that Tāwhiao was well experienced with trains, but a tricycle was a novelty and only a few were to be seen in New Zealand.

The attempt to ply him with champagne was met with a stern refusal and a reference to his blue ribbon. Tāwhiao remained content with his ginger ale.

When the King and his party arrived at Plymouth, the Times had a journalist waiting to meet them. Tāwhiao greeted the reporter courteously and shook hands vigorously. The King and his four colleagues were all dressed in tweed suits with blue mackintoshes. Their moko paraded their identities as Māori, but the blue ribbon demonstrated their commitment to temperance.

Tāwhiao and the rest of the party were [eventually] provided with rooms at Demeter House, 13 Montague Place, Russell Square, now opposite the Swiss embassy. It gave them a private drawing room, and smoking room and four bedrooms. Tents were also erected in the garden. For the next four months, Montague Place would be an alternative New Zealand diplomatic post, a Māori High Commission.

Tōpia and Pātara were taken to the underground station at Victoria to enter what the chiefs ominously referred to as “the pit” to travel to Westminster Abbey and to Parliament. They were diffident about entering the underworld of the underground, but were soon comfortable travelling beneath houses at speed, enthusiastically reliving the journey for Tāwhiao on their return. Chesson later took Tāwhiao into the pit from Mansion House Station to Victoria. The King was nervous and did not have the energetic enthusiasm that marked most of his other travels around the city and was very pleased when he reached the surface.

One Saturday evening they simply wandered through the West End, along the Strand and back again, exploring the entrances of the Italian Opera House at Covent Garden and taking refreshments at the Gaiety Restaurant. It was all hugely and dangerously exciting – crowded streets, blazing lights, and the ongoing flow of buses and cabs. The Strand on a Saturday night was a far cry from Whatiwhatihoe.

Much of the daytime was spent seeing the sights of London. Te Tuhi and Tāwhiao went to the Zoological Gardens, where they were entertained by the lions, seals and elephants. Afterwards, Tāwhiao gave “a most enthusiastic description of what he had seen. He imitated the roar of the lions, the vagaries of the elephants, the splashing of the sea lions, and in various other ways evidenced his pleasure at the thousand and one things he had seen here gathered together from all parts of the earth.”

Not all of these attractions were interpreted as their hosts intended as entertainment. Their visit to Madame Tussauds caused a cultural crisis as the party came face to face with wax effigies of the living and the dead. But this crisis was minor compared with Tāwhiao’s visit to the British Museum, when he found himself surrounded by the mummies of long-dead Egyptian kings. For a culture where the spirits of the dead were ever-present for the living, this was all but unbearable. He gripped his guide by the arm and was “led past the ghastly relics of antique humanity” to quit the building as soon as possible.

Tāwhiao eventually returned to New Zealand with Rōpiha, Te Tuhi and Skidmore. Te Whēoro was staying on. As the departing chiefs were “waving their handkerchiefs in farewell to the English friends at Tilbury”, the Queen received “two dusky envoys” from the embassy of King John of Abyssinia. The Queen had snubbed Tāwhiao. His mission was dismissed by the New Zealand government and much of the press. But on many levels the delegation had been far more successful than the establishment was prepared to admit.

Dancing With the King: The Rise and Fall of the King Country 1864-1885 (Auckland University Press, hardback, $65) by Michael Belgrave is available from Unity Books.