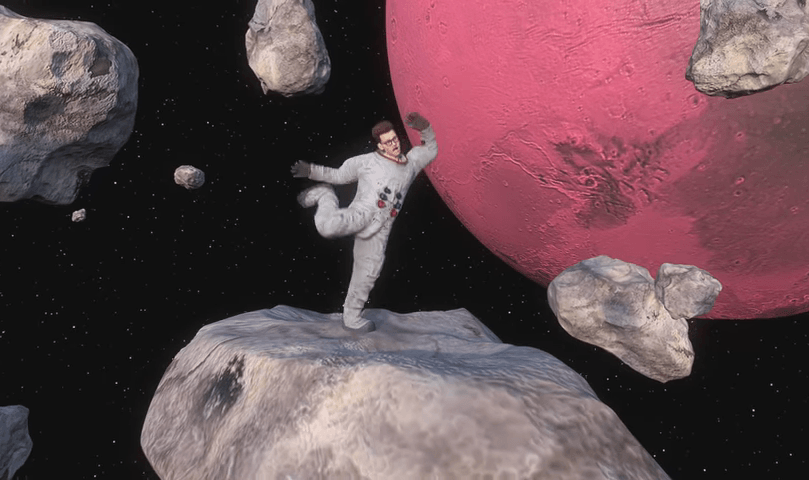 A still from Disaster Radio’s ‘Oh Yeah’, the lockdown anthem we need.

A still from Disaster Radio’s ‘Oh Yeah’, the lockdown anthem we need.

Today The Spinoff launches a new series, The Lockdown Letters, in which some of New Zealand’s best writers tell us what they’ve been up to in the days of Covid-19 alert level four. First, poet, essayist and Spinoff Friday Poem editor Ashleigh Young.

I want to know how far I can ride my bike, so I look at Cycle Wellington’s Facebook page. All of the cyclists are confused about how far they can ride. Where are the concise guidelines? How far can they ride? Can they go on rides around the bays? How far? Concise guidelines, where? Can they go to Mākara Peak? Then the people with the answers come sweeping in. No! They must stay in their own neighbourhoods! Or set up one of those stationary cycling desks! Mākara Peak is closed! If you do go on a ride, don’t blow snot everywhere! The comments are switched off. A man on a mountain bike and a full-face helmet is riding frantically up and down the steep hill outside my flat. He goes up and down like five times. He is the new god of Highbury. Yesterday I biked up that hill just once without stopping and nearly threw up. And so, it is decided. During the lockdown period, I too will go up and down that hill five times. I too am going to master that hill and I will have calf muscles that look like small but habitable planets.

I sit back down at my desk and message my brother in London to see how he’s doing. “I have bought a TV the size of an Austin Allegro,” he says, and sends a photo of his son and daughter bathed in a powerful glow. How did he get the TV? I don’t understand how lockdown in London works. Apparently police recently had to overturn a barbecue at a gathering, flinging sausages into the dirt. My brother also sends a picture that my niece drew of herself screaming out a window, her mouth all wavy like Barney Gumble burping. My other brother, here in Wellington, has two toddlers and is trying to hold back the tide of chaos. “It’s gonna be a long month,” he says. I have a flashback to when we were children and would built an elaborate fort in the lounge, only to demolish it in a frenzy as a tornado came blasting through. “It’s gonna be a long night tonight,” we would say to each other sadly, every night, before the tornado came. Then we would rebuild, and wait in earnest for the next tornado.

Maybe I should pop round to his place, I think idly now, like when there’s a power cut and you think, “Well, I might just make some toast.”

At lunchtime I take a yoga mat and go out to the flattish bit of grass outside the house. I open Aaptiv on my phone – it’s an app where fitness instructors yell at you through your headphones – and lay down the mat. Immediately a spider crawls onto it. I shake off the spider. I start to do push-ups and then a smaller spider comes to investigate. I’m trying to do a bodyweight workout with an instructor called Ackeem, one of my favourite instructors on this app. Ackeem often seems on the verge of losing his mind. Sometimes when you’re doing burpees he will just start howling – for ages. Then he’ll say, “I told you I couldn’t contain myself.” I’m not sure what it is, but the commentary to this particular workout feels a little more unhinged than usual, the same way everything ordinary in the world suddenly feels fragile; I have an urge to preserve it all, and Ackeem is right there with me. “I love it, I love it, I love it,” he cries after a round of jump squats. “You know, a lot of people say to me, Ackeem, how can I get those muscles? I think I want those arms! And I say to them, No you don’t! You’re not about this life!” Later on he drops his voice to a gravelly rumble: “When we get to that set of jab crosses – heh heh heh – I want you to break somebody’s jaw.” I do the jab crosses, punching the air while Ackeem wails and a tūī warbles peacefully into the Highbury trees. Gordon – neighbour in his seventies, tall, likes cats – walks down the hill and nods sympathetically at me. Gordon and his wife have been self-isolating for a while already.

Back at my desk, I try to read a manuscript about bees. I have been working at home since Friday last week, and I’m noticing an inability to filter information. Partly it’s because I normally have a neat division between my day job, where I edit books, and my side jobs, where I’m usually writing – but now all of my work has blended into an amorphous, all-consuming blob. The filterlessness reaches a crescendo today, this first day of lockdown, and I give everything my full and rapt attention for at least thirty seconds. I read a few sentences about bees. My coworker has sent everyone Ottolenghi’s recipe for apple cake. I must package this document. There are so many teas on this shelf, too many. Ashley Bloomfield is speaking. The fonts have stopped working again; everything has stopped to listen to Ashley Bloomfield. The VPN has frozen! The VPN has frozen! Send tweet. I need to decide on a poem for the Friday Poem, but what poem can truly speak to this moment? Ashley Bloomfield, Ashley Bloomfield. Bees. Here is an email – it’s my dad, asking questions about his self-published book: “How would I go about submitting my book for some kind of award?”

While waiting for the VPN to unfreeze I watch a clip of a cockatoo headbanging joyfully to Elvis while another cockatoo cringes in the corner. I think of my parents, who arrived back in the country from London last weekend, and I hope my mum’s suspicious cough has gone away. I realise I’ve been listening to Disasteradio’s “Oh Yeah” on repeat for basically the last hour and it is filling me with chaotic energy. I tweet about the song and, ridiculously, Disasteradio replies. “I really was trying to get a sense of ~the perpetual~ in the fadeout/arpeggio so the tune is in a way endless,” he says. “The greatest form has no shape and all that”. I decide “Oh Yeah” will be my lockdown anthem, to remind me that a feeling of endlessness and shapelessness doesn’t have to be ominous – maybe it can be joyful, and anarchic, and great.

But this is still uncharted territory. Even for someone who already stays home a lot. I am hugely grateful and relieved to have recently moved to a home where I no longer have neighbours stomping loudly overhead, and I worry for people whose home lives are already hard and precarious. I think of each of us setting out to cross into April 2020 inside our bubbles, like sailors in small ricketty boats that can only bob about uncertainly, forbidden to circumnavigate the Earth, or any planet.