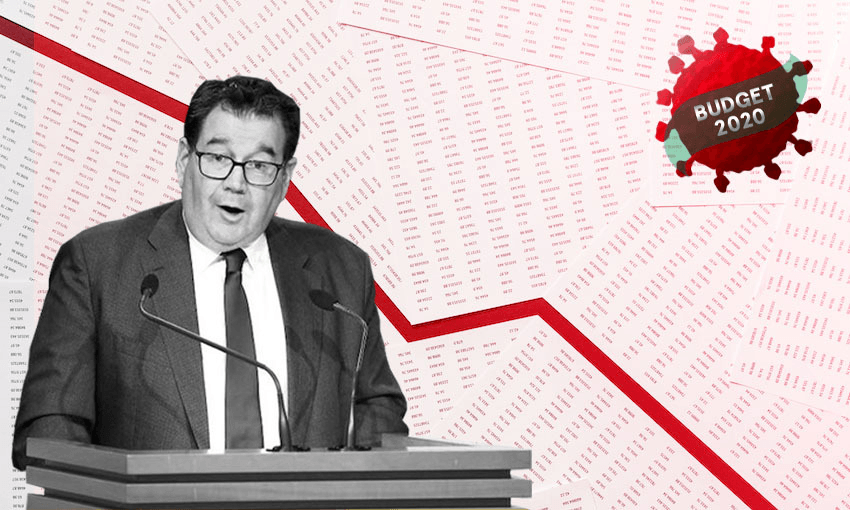 ‘The economy on life support’: Business leaders respond to budget 2020

Budget 2020: The government has unveiled a massive $50bn spending package, including an eight week extension to the wage subsidy. Duncan Greive asks the business community: is it enough?

The government this afternoon unveiled a massive new $50bn programme of spending – “much bigger than anyone expected”, according to Kiwibank senior economist Jeremy Couchman. The centrepiece for business is an eight-week extension to the wage subsidy scheme for the hardest-hit firms that are able to prove a loss of revenue of 50% or more over the previous month.

When presenting it to parliament, finance minister Grant Robertson was at pains to place employment at the heart of the matter. “This budget is about jobs,” he said. “Keeping people in their jobs whenever we can. Supporting businesses and sectors to create new jobs through infrastructure, housing and more. Directly creating jobs that help restore our environment and conservation estate. And training and retraining people for new jobs at a scale we have never seen before.”

Beyond the wage subsidy extension, key elements included a:

Economists and business representatives are broadly supportive of a budget they describe as “strange” and “non-traditional”, in part because it was “pulled together really quickly”. Yet KPMG’s Riria Te Kanawa described herself as “a bit underwhelmed” by the precision and ambition of its spending targeting Māori business.

While the scale of the budget, which projects an increase of debt to debt to 53.6% of gross domestic product by 2023, was generally thought commensurate to the challenge of the Covid-19 economic crisis, there was some disquiet about what was characterised as “putting the economy on life support”. Economists spoken to by The Spinoff wondered whether the support was too thinly spread, and too reliant on stimulus spending versus unleashing private sector investment.

“The government is projecting a government-led recovery,” said Eric Crampton of think tank the New Zealand Initiative, who expressed disappointment at what he saw as a lack of evidence that it is “looking for opportunities that New Zealand’s relatively Covid-free status can provide.”

Kirk Hope of sector advocacy group Business NZ was more positive, grading the budget at 7.5/10 from a business perspective, singling out the focus on infrastructure and education – “training and re-training” – and a continuing emphasis on R&D as critically important. He wondered whether the kinds of programmes targeted at growing businesses were large enough to make a difference, citing a $10m ecommerce transition scheme as seeming inadequate to the scale of what will be required of retail.

The scale of the challenge

Lockdown was catastrophic for the economy, particularly the retail sector. Stats NZ’s just-released Eftpos data for April revealed a drop in spending at once extraordinary and entirely predictable.

May will be less awful but still a long way down, with the first half operating under level three. June was set to be when reality bit – when the first tranche of the wage subsidy was set to run out and we got a sense of which businesses were fit to survive the winter. An extension to the wage subsidy, targeting those businesses which have suffered a catastrophic 50% drop in revenues, will push that date of reckoning out into the beginning of August, just weeks out from September’s general election.

Business NZ’s Hope said his membership would welcome that extension. “It gives you another two months’ cover,” he said, adding that “the big question is: how quickly will we get demand back into the economy?” He believes that will define the extent to which the most-impacted industries, like hospitality and retail, will be able to survive once the subsidy finally and inevitably runs out.

A vision for Māori business?

The budget’s targeted employment spending for Māori was largely contained in a $200m employment spend. “We have listened and today have announced the establishment of a $50 million Māori trades training fund, which is part of a wider Māori employment package of more than $200 million,” said employment minister Willie Jackson. “Government will work in partnership with iwi and Māori to help grow job opportunities in the regions together.”

KPMG’s Riria Te Kanawa says that despite a $33m expansion of MBIE’s Vision Mātauranga programme, she was underwhelmed by the budget’s business-focussed spending for Māori. “If you look at megatrends, like tech, there’s not a lot there. Some Pasifika spending for STEM, but I didn’t see an equivalent for Māori.” She wanted to see a focus on fostering entrepreneurship, and also believes the emphasis on cadetships is backwards-looking – “[Some of those jobs] are likely to be automated over time”.

At the other end of the employment spectrum, Te Kanawa says that many Māori were already “doing it tough before Covid”, and that rather than simply pushing towards job training, much more needs to be done on helping long-term unemployed gain work-readiness. “Some of our people aren’t job ready,” she says. “We need to teach them how to grow their own kai, repair their homes. That will build their self-worth.”

Little vision for the opportunities of elimination

The New Zealand Initiative’s Crampton was frustrated by a lack of vision for export-led growth, believing more consideration should have been given to sectors which could bring in export earnings as a result of New Zealand’s elimination of the virus. He cited the screen production sector as having huge potential to host major productions while much of the rest of the world battles the virus, and was curious about why the government was “still putting $12m in to promote New Zealand as a production destination” without any ability to bring key workers in to make those productions.

Crampton added that the projected migration numbers suggest that the government think borders should remain closed to overseas workers for at least a year before slowly opening up. Despite boosts to the education sector through major trades and retraining programmes, he said the lack of ability for international students to enter and quarantine would prevent our exploiting that opportunity.

The backdrop to the budget is a visceral disruption to economic life as we know it. The New Zealand economy is projected to shrink by 4.6% in the year to June, the worst such contraction since the 30s. The Great Depression is etched into our collective memory for good reason – it was the 20th century’s most profound period of human suffering to occur in peacetime. Poverty was abject, with few social safety nets around to catch the masses of unemployed.

In New Zealand, the real unemployment rate – women and Māori were then-excluded from official statistics – was thought to have reached 30%. GDP per capita collapsed, taking seven years to surpass 1929’s level. Riots broke out in Auckland, Wellington and Dunedin with unemployed men sent to remote labour camps.

This is what haunts today’s budget – a sense of government wanting to pull whatever levers it can to avoid creating a modern sequel to that level of pain. The 1930s saw the election of New Zealand’s first Labour government, with Michael Joseph Savage sewing social safety nets which remain to this day that are reinforced in some places and fraying in others.

The big difference between 1929 and 2020 is that rather than austerity, the prescription announced today is the country’s biggest-ever stimulus. This budget’s stated ambition is to protect as many jobs as possible, and lay the groundwork for the creation of tens of thousands of new ones to replace those lost.

Prior to the budget, prime minister Jacinda Ardern underlined this, describing employment as the government’s “number one priority”. She characterised its reasoning for this by leaning on another Labour government.

“It harks back to the sentiment of Norman Kirk, that all anyone ever needs is something to do, somewhere to live, someone to love and something to hope for,” said Ardern. “Employment helps form a foundation. It supports families, pays the bills, helps provide self-value and worth, and when times are tough like this, workplaces can provide an important support network.”

While the state employs hundreds of thousands, job losses will be almost entirely confined to the private sector, and thus any recovery depends in large part on how the business community makes it through the rest of the year. Based on the verdict of those well-placed to understand its fears and hopes, this budget is of a scale commensurate to the challenge. “What the business sector requires is certainty and confidence,” said Business NZ’s Hope. “This provides a continuation of the government’s view that business is going to be central to the recovery.”