First home buyers and investors compete as a record number of homes get snapped up. Businessdesk’s Brent Melville reports.

Almost 10,000 houses changed hands last month, a 29.6% increase on last November. Latest data from the Real Estate Institute of NZ showed that was the highest monthly sales in 14 years.

The frantic nature of house sales activity, motivated largely by record low interest rates and a “fear-of-missing-out” among buyers, saw the institute’s house price index increase 15.3% year-on-year to a fresh record. The index adjusts sales data for such factors as size of house to provide a uniform measure of the value of property in the market.

Auckland was again the driver, with annual house price inflation jumping 16.2% compared with the 14.5% increase across the rest of the country.

Extracting the biggest urban market from the mix, the number of properties sold climbed 18.3% to 6,157 properties.

The number of Auckland transactions ramped up by 53.9% year-on-year to 3,728, the highest level since March 2007. That’s the third month in a row Auckland’s sales numbers have ratcheted up by more than 50% compared with 2019 sales. 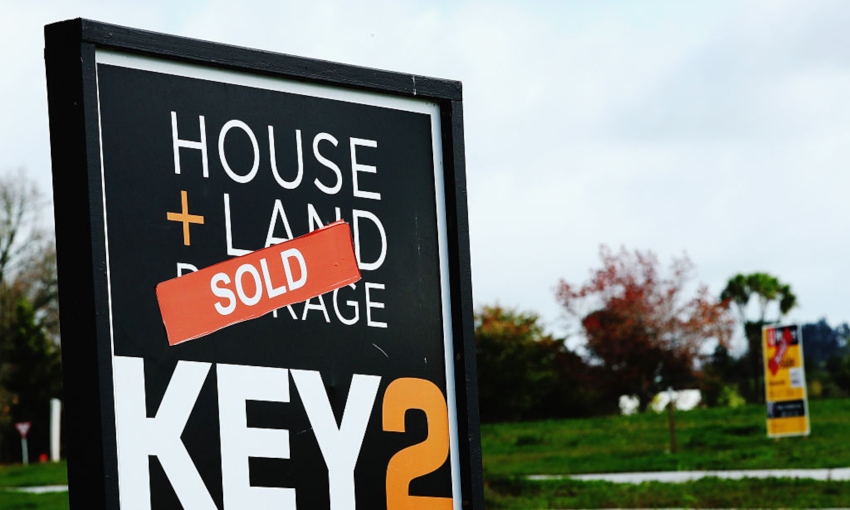 Institute chief executive Bindi Norwell said strong listing numbers had also been a key feature of the Auckland market with 5,195 new listings reflecting a 45.9% increase on listed stock in November 2019.

The total number of properties available for sale nationally decreased by 16.9%, or 3,730 listings year-on-year to 18,319. That fall was led by the Nelson region where the number of new listings tumbled 44.7%. Marlborough listings dropped 42.9% and Manawatu/Wanganui saw new house listings down 38.4%.

First-home buyers in the mix

Norwell said first-home buyers had remained an active part of the Auckland market, particularly in the new build, sub-$900,000 category, “with the help of low interest rates and KiwiSaver.”

Investors were also continuing to add to their stock levels, buying up to four new properties ahead of the reintroduction of loan-value-ratio restrictions and to take advantage of low interest rates.

That theme was echoed around the country. Institute regional director Neville Falconer said he expected the overheated Gisborne market to continue “in a similar fashion over the next few months.”

Mark Coffey, managing director of Tommy’s Real Estate in the Hutt Valley, said properties in the area through Kapiti Coast, Carterton and Lower Hutt, were “selling quick,” with median days to sell down to 28 days – the lowest level for a November since 2006.

The main issue, he said, is many first-home buyers and owner-occupiers were now missing out as they competed with investors to secure properties.

Getting access to finance in a timely manner continues to be an issue, he said, with most banks taking about 10 days to process applications due to the sheer volume of requests for loans. “On the other side, we are also seeing some investors exiting the market as the new tenancy laws approach.”

Liz Nidd, the institute’s regional commentator in Otago, said first-home buyers remained “particularly active” at the city’s open homes, with “mum and dad” investors also increasing their activity in the market, though declining new listings in that city had continued to add pressure to prices.

Norwell said the continued escalation of house prices wasn’t sustainable. The gap between those who own and those who rent was “just going to keep growing unless we can do something to start addressing the supply issue the country has”.

“Hopefully we’ll hear more news from the government in the coming months around their plans to reform the RMA and address some of the speed and cost issues developers and builders face when it comes to building residential property”.

Unless we can build at scale, and in an affordable manner, unaffordability is going to be something that “remains a significant issue for Kiwis looking to get into the property market,” she said.