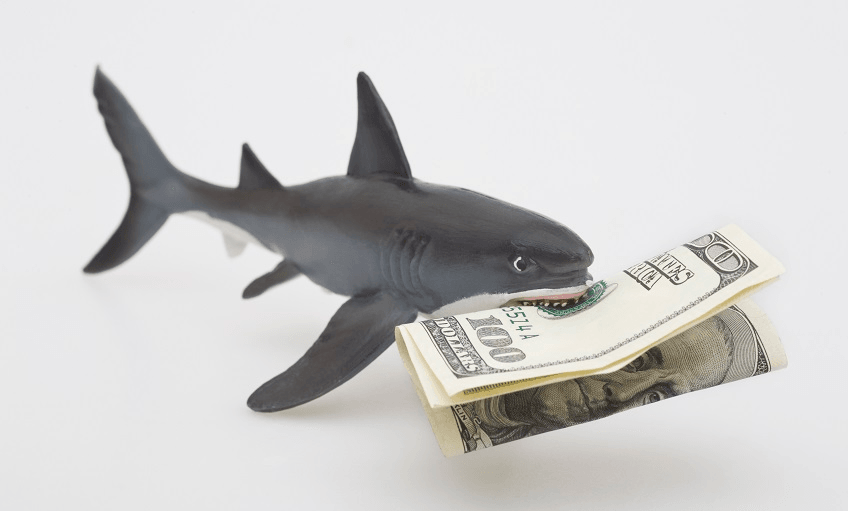 The UK has lessened the bite of predatory lenders by curbing interest rates. (Photo: Getty.)

If the UK can take on loan sharks, we can too

The UK has lessened the bite of predatory lenders by curbing interest rates. (Photo: Getty.)

Having to take out a loan to pay for food, bills, petrol and rent is the reality for many New Zealand families. With around one in seven Kiwis living in poverty it’s not surprising to hear that many have to take out loans for everyday expenses and to pay for financial shocks such as loss of a job, time off for mental illness, or a sudden bereavement.

Local finance and budgeting organisation Fincap has been in the news this week talking about the Credit Contracts and Consumer Finance Amendment Bill. The bill is an attempt to take on the high cost credit providers and make a change in how much interest they can charge to a borrower. Fincap says it doesn’t go far enough. It’s campaigning for a cap on the interest rates loan sharks can charge and a cap on the total amount a borrower has to pay back, and has started a petition to lobby the government.

In 2015 the UK Financial Conduct Authority (FCA) which has responsibility for regulating British financial services firms and service providers made significant changes to the law. This was in response to a growing predatory lending sector and a significant increase in the number of people who were never able to pay back their debt, leading to a cycle of debt and poverty which is costly for society.

The FCA made several changes, including placing a cap of 100% on the total amount that needed to be paid back  (so if a borrower takes out a loan of £100 they won’t ever be required to pay back more than £200) and capping daily interest rates at 0.8%.

These caps are important because they place a limit on the amount lenders can charge, giving borrowers certainty.

So if the UK made the changes that Fincap has spent the last four years lobbying for, why isn’t the New Zealand government taking similar steps?

One of Consumer Affairs Minister Kris Faafoi’s arguments against an interest rate cap is that it would lead to a gap in the market, and that the approach the government is taking offers a balance.

The UK’s cap on interest rates would have played some role in the collapse of predatory lender Wonga, which even the most ardent capitalists were happy to see the end of.  What the UK has also seen is an increase in affordable credit providers moving in to fill the gap.

Salary finance organisations, social enterprise lenders, credit unions and community finance development institutions are all setting up or expanding to meet the market need. Alongside this natural growth the UK government (including Treasury and the FCA) and partners including social investors, charities and businesses are setting out to stimulate a new kind of provider. They have also invested in finding out what works when it comes to financial capabilty building.

The End High Cost Credit Alliance led by actor and activist Michael Sheen has set up an investment fund to capitalise affordable credit providers, and the community including the government is coming together around this alliance to take on the problem from the grass roots through community based programmes and tech for good start ups.

Since 2015, the Financial Conduct Authority has proposed or made changes to regulation around store card and whiteware purchase interest rates, rent-to-own schemes and overdraft rates. Once all of these changes are fully implemented they will have created significant change in the sector and put it well ahead of New Zealand’s thinking in this space. The FCA is actively talking to whiteware suppliers to support them to offer affordable credit products. This is the type of work Kiwi regulators could easily do.

New Zealand legislators have been far too conservative over the last decades in fixing this sector. We can be concerned about disrupting the business sector, but it’s normal for government in modern economies to disrupt where industries do more harm than good. We shouldn’t shy away from change. The state can, and should, play an active role in stimulating markets and encouraging the right kind of businesses, and the affordable credit and finance market is a great place to start.

There is a global movement of mainstream financial institutions that are harnessing fintech for social good. I am currently working with a large high street bank in the UK on exactly this. Kiwi innovators who harness this market gap to provide ethical and affordable credit could well go on to sell their solutions world.

A more robust change to the legislation is needed, including a total cap and an interest rate cap. We must support those who are most vulnerable but also re-position ourselves as leaders, rather than followers, when it comes to social change.