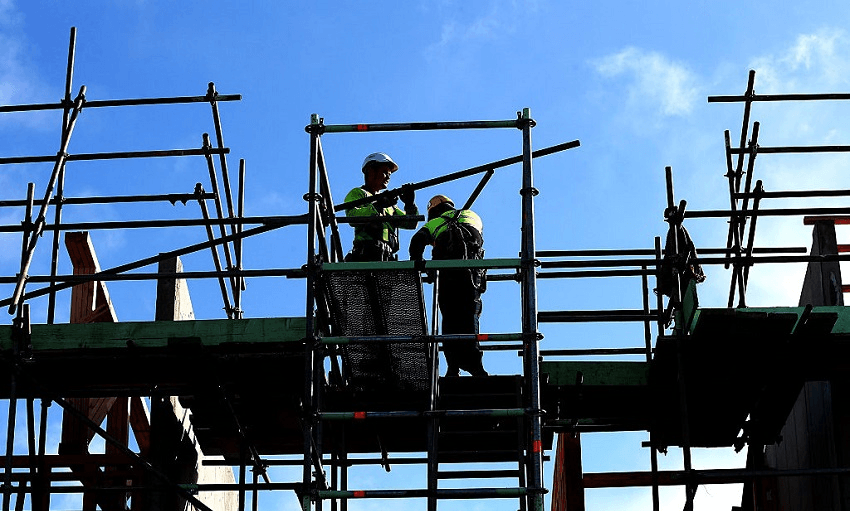 Why is building a house so expensive?

Everything from competition around supplying materials to how many lights you have in a room can determine the cost of building a house, says Box co-founder Dan Heyworth.

You’re not imagining things – the cost of designing and building really is going crazy. In February 2017, the McKinsey Global Institute studied the effect of implementing construction best practices throughout OECD countries (including regulation, procurement, design, engineering, technology and training) and it concluded that current construction systems are grossly inefficient. It then suggested that a potential cost saving of 27-38% on the final product (ie: a house) was achievable.

Building a house is a lifetime dream for many – and often the biggest investment the average person makes – so it pays to go into the project with eyes wide open.

Surely what goes up… must eventually come down?

In 2011 when we started the business, we were building at just under $2,000 per square metre; in less than 10 years these costs have doubled and more. Where will it end? Only higher in the short term.

There remains no standardised metric/definition for the building cost per square metre. So if you’re quoted one, always dig deeper. Factors such as how many lights are in each room, the home’s thermal performance, low VOC products or bog-standard ones all have an effect on the price.

Really make an effort to understand the cost of building. Factor in pre-construction expenses (consenting, council documentation and compliance and contracts), site-works (driveway and services such as power, telephone, waste and stormwater), the building itself, and finally, post-construction (landscaping, plants and pathways). The time it takes to build also has an effect: year-on-year costs rise between 3% and 17% and an average project for us takes 14 months to complete.

Why do we all go for bespoke and broke?

Off-site production and standardisation are two ways to lessen risk and cost. And repeatability should ensure a quality that’s durable and robust. But Kiwis are so sold on custom design that each house ends up bespoke, so gains from economies of scale and productivity are negligible. If you want to save, examine your allegiance to a home where everything is custom-made. Bespoke housing also increases cost at the front end – design, engineering and compliance can easily chew up 10% to 15% of your budget.

What type of design-and-build contract should I go for?

Before you sign on the dotted line, think about what the wrong sort of contract could cost you. Traditionally, you hire an architect to design your home and then a builder to construct it. This set up is predicated on risk-transference between the architect, contractor and trades who, incidentally, both include margins in their quotes to cover potential issues. It’s an adversarial way of working where the bills for any miscommunication, inefficiencies or grey areas of responsibility usually end up in one place: at the owner’s new front door.

One alternative is to employ a company where the architect and contractor are under the same roof – a set-up that relies on a strategy of risk mitigation. If something does go wrong, it’s in the architect/builder’s shared interest to find a solution. And for the client it’s very simple: there’s only one person to point the finger at. A longstanding team’s usually ironed out any inefficiencies but, nevertheless, the liability stops with the company not the owner.

If Kiwibuild succeeds in reducing the cost of sections and of houses, arguably, it’ll open up a bucket of supply to the economy end of the market. Those in the $500,000-$800,000 price range will suddenly find they have much better-quality alternatives for the same price. Since 1991, governments have left the supply of housing to market forces. Developers and architects focused on the business-class end of the market because, put simply, there’s no money in building for poor people. But you could be waiting a long time for any savings to kick in as it’s going to take more than 10 years for Kiwibuild to effect any real change in the sector.

It’s rare these days that homeowners don’t overcapitalise when they build. This is a function of the price of land, and the cost of consent, design and construction. What we don’t get is that our houses are not only expensive, but of sub-standard quality when compared with the rest of the OECD. We need better benchmarks to understand how we’re performing as a housebuilding nation – and more competition in materials supply because our construction industry is monopolised by a few big players. Overseas research shows that lack of competition, as well as a highly fragmented industry structure (the many thousand builders and trades with a couple of apprentices, a ute and a dog), is linked with a lack of innovation and productivity.

Clipping the ticket is inevitable

How to save money, room-by-room

Before committing to building your dream home, understand what level of mortgage you’re comfortable with then see where you can save:

Dan Heyworth is the co-founder and director of design-and-build company Box.