Google and Facebook’s media funding initiatives look good on paper, but the urgent issue of how to tax them is still far from resolved, writes Damien Venuto for NZ Herald Premium.

News that Google is gearing up to start paying local publications for stories sounds like a great development, but there are a few fishhooks attached to this olive branch.

The scheme, launched in Australia this year, has already seen Nine Entertainment sign a A$30 million deal with the tech company for its news to be used on the service.

Given our comparative populations, New Zealand media companies are unlikely to secure figures that high, but none of the local entities has so far complained about the promise of cash.

But before we pop the cork on one of our dusty bottles of champagne, it’s worth pointing out that this agreement exists outside the realm of any real regulation. It’s essentially a unilateral decision by a tech giant to distribute money back to New Zealand.

This agreement also does nothing to address the long-running issues of major tech companies avoiding full taxes by offshoring their handsome revenue figures in countries such as Ireland and Singapore.

Nor does it address the plight of smaller media companies that won’t have the scale to generate enough revenue from anything Google is offering.

As US-based professor and author Scott Galloway recently pointed out, the current complexity relating to tech giants is similar to climate change in that “it’s an emergent problem of long-ignored externalities, and those who benefit from our blindness have politicised expressions of concern”.

Broadcasting Minister Kris Faafoi has so far taken a softly-softly approach to the issue, encouraging local media companies to engage in commercial discussions with the tech giants.

In the background, the Government has also asked the Ministry of Arts, Culture and Heritage to look into what regulatory steps could be taken to address the financial pressures on local media companies.

There has, however, been no indication from the Government that New Zealand should expect legislation akin to what has been seen in Australia.

This could be seen as cowardice on Faafoi’s part, but it must be viewed in the context of what our small slivers of land represent to the tech giants.

New Zealand is little more than a blip on the balance sheet for either Facebook or Google.

The digital advertising revenue figures from the Interactive Advertising Bureau, out this week, showed that New Zealand companies spent $1.3 billion on digital ads during 2020.

That might sound like a lot of money, but remember that Facebook recently brushed off a US$5b fine from the US Federal Trade Commission with the nonchalance of someone dropping a few coins into a busker’s guitar case. Google has similarly brushed off huge fines for its offences around the world.

In the global financial context, New Zealand whining would be about as alarming to the tech giants as a fly buzzing around a cow’s tail.

With its much larger population and digital ad spend in excess of $10b in 2020, Australia always had more bargaining power. Our neighbours across the ditch also had the added clout of billionaire media magnate Rupert Murdoch, who pushed hard for a deal favourable to his media properties. As many analysts pointed out, Australia essentially became the chosen venue for a slugfest between the lords of old and new media.

Faafoi will also be aware that the OECD talks involving more than 100 countries on a major rewrite of global tax rules are coming down to the wire. Collaborating with this much larger group could result in the necessary change without the need for a public spat between New Zealand and any number of the world’s tech giants. 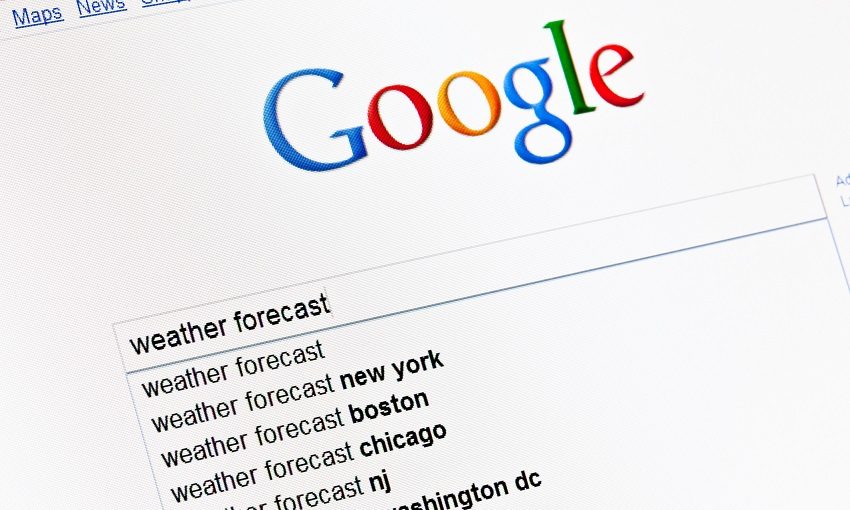 Google has brushed off huge fines for its offences around the world. (Photo: Getty Images)

A deadline for OECD talks has been set for mid-2021 and could result in the creation of a unified global corporate tax system under which multinational businesses are taxed where their profits are earned, regardless of their physical presence.

With the United States likely to put up a fight against parts of the agreement, it’s anyone’s guess when change could reach New Zealand. The timeline will also be pushed out even further on account of lawmakers having to incorporate the rule changes at a local level.

Given how slowly things are likely to move, it’s little wonder that France, Germany, India and Turkey have independently moved towards a digital services tax.

Meanwhile, the wait goes on for New Zealand, and the great tech vacuum cleaners – Google, Facebook, Apple, Uber, etc – continue to hoover up revenue in the local market.

The added problem here is that the longer we wait, the more integrated our lives become with these entities – and nowhere is that more apparent than with Google. Every message sent from Gmail, every document saved to Google Docs, every run recorded on your Fitbit, every search conducted in your browser embeds us a little deeper into a realm that exists well beyond the control of any national authority.

This is, of course, the price of convenience – and for most, it’s worth paying. But it’s also an incredibly powerful bargaining chip if you’re looking to keep the upper hand on politicians and regulators who live and die on the support of the public.

This story was first published on Herald Premium.