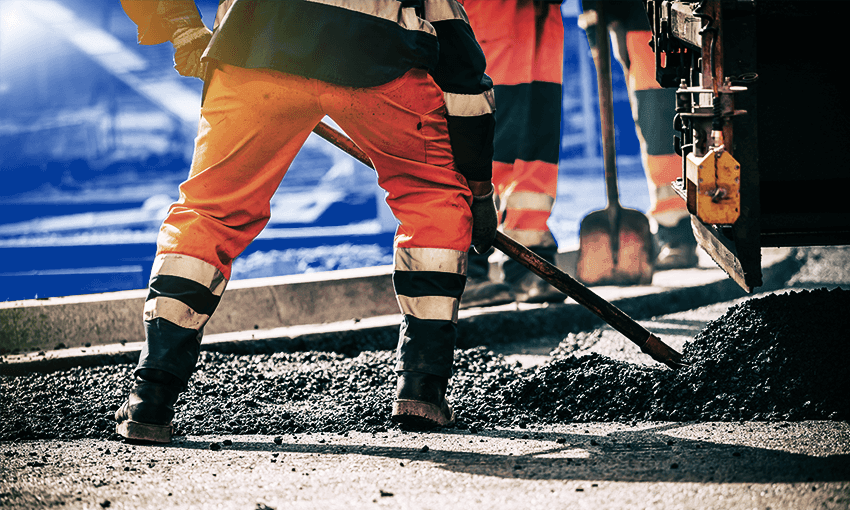 In NZ, Australia and the UK, emergency infrastructure investments promised to ‘build back better’ for a post-Covid world. But what did these transformational promises amount to? Three urban planning academics looked into it.

When it comes to infrastructure planning, there are plenty of promises, especially in times of crisis.

Covid-19 brought with it severe economic impacts and many governments quickly announced major infrastructure stimulus packages alongside legal reforms to fast track delivery. The promise was that these emergency infrastructure investments would “build back better”, responding to the immediate economic challenges of Covid-19, as well as spur societal transformation.

The possibilities sparked plenty of hope. There was no shortage of public opinion pieces calling for things like a “green recovery” or a reduction in the geographical inequalities in jobs and wellbeing the pandemic helped reveal.

Our research investigated the substance and the politics of these much-vaunted transformational promises in Australia, New Zealand and the United Kingdom. Each country had its own high-profile crises, as well as existing social, economic, spatial, ecological and intergenerational challenges.

While an increase in infrastructure spending was promoted as a universal solution, the urgent timescale meant there was little focus on the details. The urgency also limited any public debate and scrutiny of the proposed projects. Questions about their value, their purposes, and what communities would be affected and how, faced little examination.

Before the pandemic, all three countries had similar debates on infrastructure “deficits” and the need to reduce “red tape” from planning and public consultation. Recognising that infrastructure projects can become toxic and lead to electoral backlashes, politicians had also sought to depoliticise aspects of the decision-making process.

Each country established “independent” infrastructure commissions to develop national strategies and advise on priorities. Inevitably perhaps, these commissions confirmed the need for more infrastructure spending and for faster processes. With the need for emergency response at the forefront, these pre-existing arguments for reforms were quickly revived as the pandemic hit. Most of the decision-making power was given to technical experts and politicians.

In New Zealand, the Infrastructure Industry Reference Group was established to help select projects and bidders. Interested parties were given just two weeks to make submissions. In the UK, meanwhile, Project Speed was set up and led by the Treasury, again with urgency very much to the fore.

In the end, the economic impact of the pandemic was comparable to previous crises in terms of, for example, contractions in gross domestic product. The societal impact, on the other hand, was like no other crisis we have seen. In hindsight, insufficient time was given to understanding how the pandemic was reshaping the way we live.

Profound changes to how work is done, whether working from home, commuting less, or moving out of the major urban centres, ultimately had little influence on the stimulus plans. There was some progress in more transformational infrastructure investments, but this was limited by challenges over public acceptance. Initiatives to pursue low-traffic neighbourhoods and cycle lanes met with significant local opposition in some areas, for example.

Urgency played a role here too. The short timescale limited space for public consultation, high-quality designs, or to position these as part of a city-wide strategy. As research for the UK’s Local Government Association found, more stakeholder engagement was needed for these schemes, not less, to help identify and address community concerns.

In stark contrast to such faltering progress, much more headway was apparent in introducing reforms to speed up decision making on large infrastructure projects, not least by reducing opportunities for public feedback. The shift towards centralised and expert-led decision making facilitated a rapid “pipeline” of investment. Yet this pipeline curtailed the space for the necessary politics typically associated with more transformative futures.

So rather than allowing a major rethink of infrastructure priorities, existing reforms, narratives and projects all became entrenched, some of which were fast-tracked.

While well-intentioned, the promises of building back better did not constitute the radical rupture initially promised. This failure is in part due to the urgent, expert-led processes which were ill-suited to more transformative futures. A key message is that if we really want to be transformative in future we must hold those making promises accountable.

Accountability can be achieved by resisting the closure of political space that typically accompanies emergency claims and asking the question: “what infrastructure ought to be built, for whom, where and why?”

This invites us to question the normalisation of new infrastructure as a solution – almost regardless of the problem – and instead challenges us to unpick the existing assumptions of promoting high growth and productivity, not least where these negatively affect climate change mitigation.

There seems to be growing acknowledgement, from Australia’s Grattan Institute, the OECD and others, that rapidly building infrastructure is not the answer to the complex crises we face. Additionally, the infrastructure we do build should be limited in scale and localised – focusing on creating coherent networks of smaller infrastructure projects as much as headline-grabbing mega-projects.

This two-pronged approach would better reflect the more local ways in which life has been conducted in cities since the early years of the pandemic. We argue that to chart a different pathway, politicians will need to spend more time actively identifying “shovel-worthy” alternatives – projects that cultivate more equitable and climate-friendly cities and regions of the future.

“Shovel-worthy” means working with local communities and planning for infrastructure in an integrated way that centres climate justice and moves away from mega-projects. Engaging with local knowledge and allowing open public scrutiny will greatly assist policy makers in identifying the kinds of infrastructure that can better address current inequalities and facilitate the societal transitions that cities and regions desperately need.