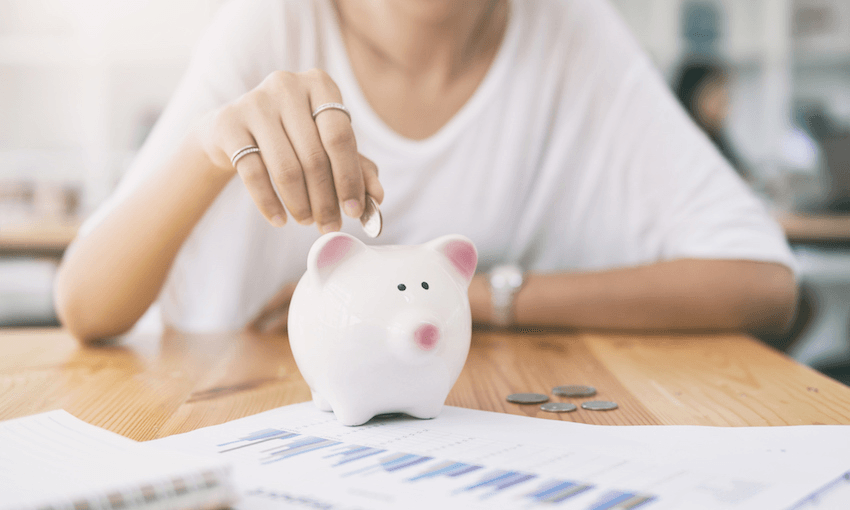 Kiwisaver is a long game, and people want to know where their money is going. (Photo: Getty Images.)

Beyond Capital Gains: other good stuff from the Tax Working Group report

Kiwisaver is a long game, and people want to know where their money is going. (Photo: Getty Images.)

Employee subsidies for public transport, less tax on KiwiSaver: There are some gems in the government’s latest tax report other than the capital gains distraction, writes tax expert Terry Baucher.

For over 50 years a variety of tax working groups have pondered the greatest philosophical question in New Zealand tax: Should we tax all capital gains? The answer has invariably been “yeah, but nah”. The Tax Working Group has now upgraded this to “definitely, maybe”.

As expected, the TWG’s final report recommends extending the taxation of capital by introducing an income tax charge (okay then Capital Gains Tax, or CGT) effective as of 1st April 2021 and applying to gains realised from that date (the so-called ‘valuation day’ approach). There would be no account taken of inflation and the gains would be taxed at the taxpayer’s highest marginal rate. Losses with some exceptions would be available for offset against a taxpayer’s other income.

This wasn’t a unanimous view. Three members, Kirk Hope, Joanne Hodge and Robin Oliver disagreed in varying degrees with the other eight on the issue of capital taxation. Their views can be seen in a separate report. A minority report is highly unusual, but it should be no surprise: Tax experts by their very nature are an argumentative bunch at the best of times, and are as divided over the issue as the general public.

Having said “definitely” to a CGT, the report then hedges its bets by noting: “The Government does not face a binary choice regarding whether or not to extend capital gains taxation. There is a spectrum of choices for the coverage of assets and the inclusion of each asset class will come with its own costs and benefits.”

At one end of this spectrum sits residential rental investment properties, for which the report says there is a clear case for taxing. At the other end are corporate groups, unlisted shares and business goodwill, the latter of particular significance to the SME sector.

It’s worth noting that what’s proposed is not a CGT in the sense of a specific part of the Income Tax Act covering all capital transactions. Rather it is, to borrow a phrase, a backstop, applicable if the transaction isn’t taxed elsewhere.

In recommending a CGT, the report stresses the risk to the integrity of the tax system from the present treatment of capital. It is also a matter of fairness as capital gains are generally realised by the wealthiest part of society. As the report illustrates, the net wealth of the top 20% at $602 billion is over four times greater than the remaining 80%.

The projected revenue from extending capital taxation over the first ten years shows the tax revenue rising from $400 million in the first year to $5.9 billion by 2030/31.

So what are we going to do with this extra tax?

The TWG estimates its proposals overall could raise up to $8.3 billion in additional revenue over the first five years. One of the TWG’s suggestions for redistributing this tax is to increase the current 10.5% income tax threshold from $14,000 to either $20,000 or $22,500 whilst leaving the other thresholds unadjusted. Another alternative is to increase the 10.5% band to $30,000 but increase the second marginal rate from 17.5% to 21%.  This last option would provide greater gains for those earning between $22,500 and $45,000.

The TWG considered and rejected a tax-free threshold “because of the risk that more of the increase in income from a tax-free threshold will flow through to higher income households”. It also recommends no reduction in the top marginal rate of 33% “because it is already low by international standards and it would not increase the progressivity of the tax system”.

The TWG’s Terms of Reference meant that it could not look in detail at the interaction of tax and benefits, as that is the role of the Welfare Expert Advisory Group.

Overall, the TWG concluded the options it raised around personal tax changes are only likely to have a minor impact on income inequality. In its view, “a material reduction in income inequality through the personal tax system would require broader income tax changes, including an increase in the top marginal rate. Such a change is beyond the scope of the Group’s Terms of Reference.”

Tax and the environment

The TWG has come out swinging in support of greater use of taxes to deal with “negative environmental externalities”. Most notably it advocates the existing Emissions Trading Scheme is made more tax-like, specifically by providing clearer signals over price and auctioning emissions units (measures also recommended by the Productivity Commission). It suggests all emissions should be priced, including agriculture. The group also recommends greater use of congestion charging as congestion “is likely to be the largest unpriced externality in road transport”.

The TWG suggests using tax to tackle water abstraction and pollution but only once Māori rights and interests have been addressed. Separately, the group considers input-based taxes could be introduced on fertilisers and recommends extending the existing Waste Disposal Levy. The TWG specifically recommends some of the increased environmental taxes be hypothecated (pledged).

In his pre-release overview of the report, Sir Michael Cullen was forthright in stressing the need to move quickly on environmental issues. There should be no repeat of “the 1980s cold turkey approach” and instead environmental taxes should be recycled to help the transition to a low carbon economy, he said.

The TWG report sets out a framework for taxing the negative environmental externalities and also proposes that the Parliamentary Commissioner for the Environment should be resourced to be able to provide independent advice on environmental tax policy.

One interesting suggestion the TWG made was for the government to consider allowing employers to subsidise employees using public transport without incurring fringe benefit tax. This would address the counter-intuitive position at present where employers can provide parking without FBT but subsidising environmentally friendlier public transport does attract FBT.

This TWG is very different from its predecessors in that it has considered in detail Te Ao Māori perspective particularly in conjunction with Treasury’s living standard framework. The influence of Te Ao Māori has gone largely unremarked on so far but it is significant, particularly with the decision to not recommend a land tax, a reversal of the position of the last tax working group in 2010.

The TWG recommends keeping the current 17.5% tax rate for Māori authorities and extending this rate to any subsidiaries of Māori authorities. If the government proceeds with a CGT, then it will need to consult with Māori as to how such a tax would apply to collectively owned land and other assets.

Surprisingly, it also suggests the government “give favourable consideration” to exempting the New Zealand Superannuation Fund from tax. This would be a big step because the NZSF is the largest single taxpayer in the country, paying over $1 billion in the year to June 2018

The TWG report covers the entire ambit of the current tax system and more juicy morsels will emerge as everyone drills down into the report and its supporting papers. Although farmers and residential property investors might feel they’re being unfairly targeted, if there’s a sector which should be particularly nervous it would the charitable sector. The TWG is “concerned about the treatment of private charitable foundations and trusts. These foundations and trusts benefit from the donor tax concessions but are not required to have arm’s length governance boards or distribution policies. The rules around these foundations and trusts appear to be unusually loose.”

Coupled with the current government review of the Charities Act 2005, any charity holding residential property, or a farm might want to have a careful look at its operations and distributions policy if it wants to stay ahead of Inland Revenue.