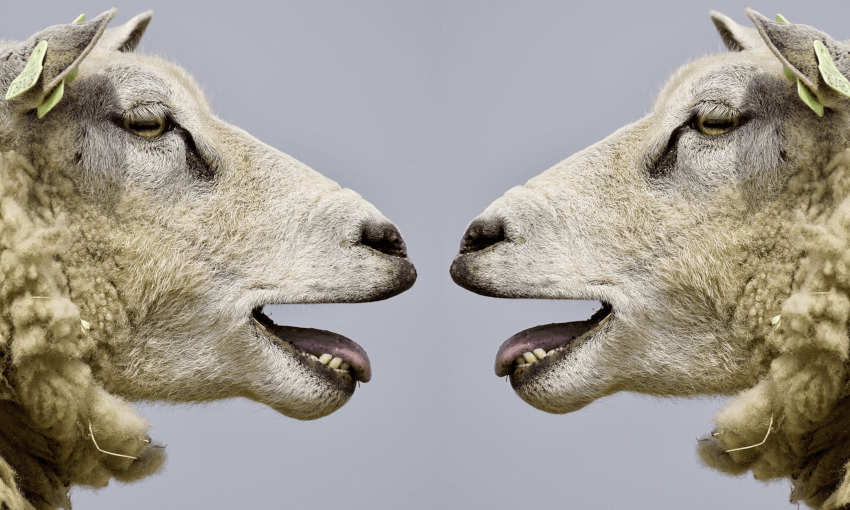 On the Curran-Handley debacle, and what NZ really needs in a CTO

Entrepreneur Derek Handley looks set to be appointed as New Zealand’s first chief technology officer. Whoever gets the job, the mission needs to be clear, and the T in CTO can’t stand for talk, writes Nat Torkington

Looks like NZ will get a CTO real soon now. It’s hard to avoid the word “debacle” in describing how it came about: a false start at making an appointment, a whiff of impropriety in the appointments process that resulted in a ministerial demotion.

This is a shame because there are very real reasons that NZ should be increasing its IT heft in government. There’s the potential to do a lot of good at the intersection of IT and government: preventing blowouts, giving informed advice to the civil service, and being a trusted advisor to politicians. Other countries are tackling these problems, with and without a person whose job title is CTO.

In the government version of “adding a person to a late project only makes it later”, the risk of IT project failure rises with every dollar budgeted. The last government had Treasury monitoring progress of important projects, but that wasn’t continued in this administration. Someone with political power needs to be keeping the IT suits honest, be it Treasury or a CTO. In the UK, financial sign-off on large projects only happened when they followed modern risk-minimising practices (ie incremental vs big bang, agile vs waterfall, etc).

A lot of civil servants are trying to get their heads around the recent flood of technology. It’s not easy because Silicon Valley hires a lot of masterful marketing spin doctors to dress their technology in robes of golden bullshit. The policy wonks have told me they need someone on the inside who they can trust, who will help them understand what’s possible and when. America has the Office of the CTO which led a bunch of public and behind-the-scenes work on everything from big data to autonomous killing drones, to raise the awareness of the public and of the civil service.

They also need a trusted and informed advisor. They are besieged by lobbyists who feed them plausible stories. Do the claims stack up? Are the promises credible? Ministers are also somewhat at the mercy of their “officials”, the civil servants who help and support a Minister’s office. Ministers need to find their own way of navigating this trust labyrinth, and a CTO could be a bright light in the darkness.

It’s not a surprise to most people that government adopts technology slowly. This is generally fine, nobody wants their passport application on the dark web because the developers had a fetish for shiny new untested technology. But there’s room within government to apply forward pressure to use newer technology to make government services more responsive and accurate. A handful of departments have labs. Perhaps that forward pressure would be strong with coordination and leadership. Other countries have teams that can act as contract developers, showing how well things can be done.

And that’s not including the bridge role between private and public sector that Rod Drury and others have talked about. Government can affect the deployment of technology by business, whether 5G or identity services, and it’s safe to say that the private sector isn’t always convinced that those decisions are made with the appropriate amount of forethought and discussion. A CTO could bring the parties together to help everyone find common ground on why, what, and how.

(Yes, these functions only somewhat overlap with the role of a CTO in a technology company. I’m unfazed by this. I care more about what the position accomplishes than what it is called, as I have since 1993 when VUW and I had to agree on a job title for “person who runs the web site” which involved inventing it because it didn’t exist in NZ before I did it.) (My job title was not “Executive Corporate Vice-President for Digital Communications Affairs (Global)”, nor CTO.)

Why do we need a CTO? “Because we promised a CTO” isn’t a useful answer. There’s a profitable consulting career to be made just by asking clients “what is it that you’re trying to achieve?” (also pronounced “what problem are you trying to solve?”) and letting that conversation unfold. I don’t think anyone in the hiring process has articulated a singular specific problem for the CTO to solve, other than unfulfilled campaign promises.

The job description didn’t identify which problem that the CTO was to solve. It hand-waved at all of them, but didn’t clearly identify any one of them as The Mission. Clarity matters for a number of reasons.

Without a great problem description, you can neither recognise success nor prepare for it. Is the CTO adequately resourced to achieve their job? They have a salary and a travel budget, and will get some shared operational support from a ministry. Can they hire a dev team? Commission research? Build prototypes? Do anything but go to conferences? How does is role separate from that of the GCIO, GCDO, and the other Government Chief Anything Officers within DIA?

Similarly, you can’t identify the characteristics of a successful candidate without knowing the problem they’ll need to solve. The job description was a catch-all, and that’s resulted in one abortive effort to appoint (in which I was caught) and another protracted search. As I write this, we have an almost-appointed candidate: Derek Handley.

The one thing that is shared by each of the problems that a CTO might solve: technical nous. All three finalists last time were technical, but I think that counted against us in the hiring process. I’ve heard whispers from within the technology world similar to those in The Spinoff’s article that Derek is insufficiently technical for the role of CTO: he founded two marketing companies (one of which may have disgruntled investors), his education is in architecture and management, and he’s undertaken a lot of activities that some describe as resumé padding.

I’ve not met Derek for any length of time, I have no opinion on his abilities. If it’d been me appointed, I’m sure there’d have been a chorus of people with opinions on my shortcomings.

It’s entirely possible that Derek can make a success of this. But if this CTO is to be anything other than lipstick on the pig of government technology, they will need to have strong opinions about the change they can make. They’ll need to pick a problem and tackle it. They’ll need to be sharp and be able to separate bullshit sales hype from near-future potential from present actual capability. They’ll need to get shit done and fast.

I wish the successful candidate good luck and all speed. The clock’s ticking and, whichever problem you choose to have an effect upon, the tech industry hopes you’re swiftly successful. Those problems in government will still be there after the next election, and the performance of this first CTO will determine how those problems are tackled.

My biggest fear isn’t that Derek does nothing. Nothing is relatively benign. I’m not that concerned that NZG would sign up for a blockchain VR AI private cloud solution. My biggest fear is that an ineffectual CTO engagement after a fraught appointment process might put government and the tech industry off the idea of working together.

The problems to be tackled by tech savvy people in government aren’t going away any time soon, and they’re bigger than one CTO appointment. Let’s keep our eyes on the prize here: better functioning and more responsive government, less waste, stronger policies, stronger delivery of policy goals. Whatever happens with the CTO, I hope we keep trying to find a way to put tech-savvy people closer to the decision-makers so the decisions can be better.

This post was first published on Nathan Torkington’s blog.