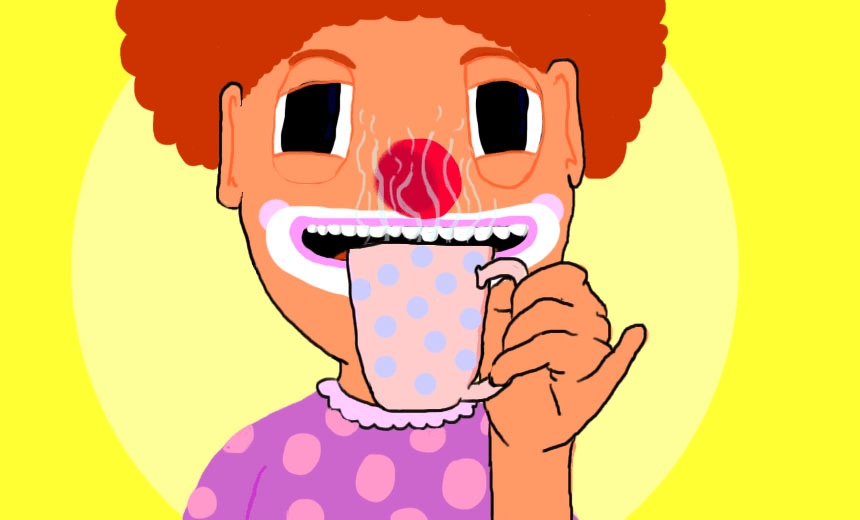 The Spinoff guide to being a good comedy festival attendee

By Sam Brooks and Natasha Hoyland
Guest writer
Made possible by

Sometimes you don’t know what to do when you go to comedy shows. Is it okay to heckle? What do you do when you get thirsty? What if I hate it? Luckily for you, our comedy co-editors have got the answers to these hypothetical questions.

What if I arrive late?

Be a better person.

But seriously, just come into the space, cause as little disruption as possible and sit down and enjoy the show. Don’t come in and talk to your friend who was there on time, asking them to catch you up on what you’ve missed out on. That usually results in the comedian calling you out, and you don’t want that, do you?

What if I want to heckle?

Learn how to be a better person. Why would you want to heckle? Who hurt you?

Don’t heckle. No matter how drunk you are, no matter how many people in your office think you’re the funniest (or just say out loud that you’re the funniest person because you decided that was your role in the office and it’s easier to go with it because they don’t have to see you outside the hours of 9-5), there is no good reason to heckle.

People have paid to see a comedian talk. They haven’t paid to hear you talk. If someone wanted to pay you to talk, chances are they would’ve done so already! Or you would have a show in the Comedy Festival, in which case, you probably already know not to fucking heckle.

There are two ways a heckle goes down. The first way is that the comedian feels like shit and the audience hates you, and if you’re the kind of person who heckles, you’re probably used to fifty-to-a-hundred people in the same room hating you, so you know that it’s not a nice feeling.

The other way is that the comedian completely destroys you because you’re absolutely not the first heckler they’ve had, a room full of people are laughing at you rather than with you and a room full of fifty-to-a-hundred people hate you anyway.

Don’t heckle. There’s nothing to gain from it.

But what if the comedian says something offensive/something I really disagree with and I feel like I have to say something?

The usher wants me to sit at the front.

That’s because you came into the venue as soon as they opened the door! Also the usher has been told to make people sit at the front, that’s their job. I can guarantee you it’s a lot less awkward sitting at the front than it is to sit at the back with two or three rows of empty seats between you and a comedian.

Think about it from an usher’s perspective: You make the seating process a lot harder if you don’t fill from the front, providing the show is general admission and not allocated seating. In a GA show, if you choose to sit in the middle of a row or decide to just sit wherever, you end up leaving gaps!

For example, there are three seats beside you but a group of two people sit next to you to try and fill the gaps, leaving one chair empty. Also if you sit down in the middle of a row while people are trying to get past you to fill up the other remaining seats in the row, that brings you almost to the same level of hatred people have for hecklers.

But what if the comedian picks on me in the front row?

You won’t die. (Or you might! I don’t know, I haven’t seen David Correos’ show this year yet.)

The nicest thing to do is just play along. Or if you truly, truly don’t want to or can’t interact (which is fine! And I understand it) then shake your head violently and pass it along to the person you came with.

Most comedians don’t pick on people unless they’re being a dick. So don’t be one and they’ll most likely leave you alone.

If you’re truly worried about being picked on, don’t go into the venue as soon as they open the doors. Wait around for a bit. Let the first two rows fill up, and then go in.

What if I want to buy a drink during the show?

Don’t. What’s wrong with you?

Buy two before you go in if you need to drink that badly. If the bar won’t let you get two because it’s a bar, buy one for your friend and make them hold it for you. (I am a bad friend and a worse person.)

What if I need to go to the bathroom during the show?

Go before or after. High school and road trip rules.

If you absolutely must go, any awkwardness is on your own head.

What bathroom should I use?

Can I take photos of the comedian while they’re onstage?

No! Sit there and laugh. Don’t give yourself extra things to do.

(Unless the comedian asks you to take photos, and I can think of only one exception, which was in the past. So unless you have a time machine to see this specific show, don’t do it.)

What do I do if I really like a show and want lots of people to see it so the comedian I laughed lots at can pay their rent?

Tweet the comedian! Tell them you liked their show. People like to hear that people liked them, generally. Don’t be weird or a creep about it, but a compliment and a thanks is fine.

Tell people about it! Nobody believes reviews. I don’t believe reviews and I write them. People trust people they know, so tell people to go see shows. There’s a bunch of shows and the programme can be quite overwhelming, so people tend to trust their friends.

I don’t know where to buy tickets to all these shows because somehow ended up here without knowing how to use the internet?

We’ve got you covered right here.