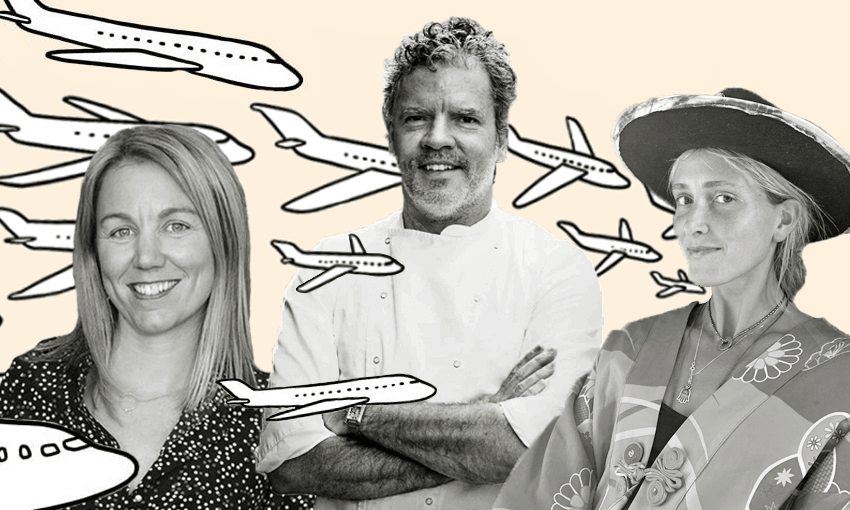 Coming Home: The push and pull bringing New Zealanders back from overseas

In the third part of Coming Home, hosts Duncan Greive and Jane Yee talk to recently returned New Zealanders about the different factors that brought them home this year.

Subscribe on Apple Podcasts, Spotify or wherever you usually listen to podcasts.

We’ve heard a lot so far about the factors that have for decades driven New Zealanders to live and work overseas – including the strong magnetic pull of the big city. But this year, with the pandemic, subsequent lockdowns and economic and political uncertainty, it was almost like the polarity of that magnetism reversed.

So what were the factors that led so many New Zealanders with established lives and careers in other countries to decide to come home? Was it push or pull – or a bit of both?

For blockchain entrepreneur Mahoney Turnbull it was mostly push – being laid off from her job in San Francisco during a wave of Covid-19-related redundancies had grave implications for her visa status and health insurance. For editor Rachel Morris, it was a bit of both, with a job in New Zealand forcing her to reconsider her life in the US, and where she ultimately wanted to live.

Others, like HP strategist Julia Arnott-Neenee and top chef Peter Gordon, felt a pull to return. For Julia it was to co-found People For People, a social enterprise with a goal to bring more Pacific people into tech. For Peter, who had been based in London for more than three decades, it was time to set up his new restaurant and cooking school Homeland.

Their energy and motivation for starting these projects is invaluable to New Zealand, and hints that not only can we make it out of this bad year, but, if we handle this right – we could even end up better off.

Coming Home is brought to you by The Spinoff and Kiwibank. Subscribe now on Apple Podcasts, Spotify or wherever you usually listen to podcasts.

Coming Home
Made possible by

Coming Home: A brand new podcast series on the New Zealanders who returned home during the pandemic

Thousands of highly-skilled New Zealanders are returning from overseas as a result of the Covid-19 pandemic. But why did they leave in the first place? Listen to episode one of Coming Home now.
By The Spinoff
Staff writers
11th November, 2020

In our new podcast series Coming Home, we talk to some of the many highly skilled New Zealanders who’ve returned in 2020 and explore what it means for us as a country.
By The Spinoff
Staff writers