Bars and liquor stores seem to be bursting with different beers from local producers, but many are actually owned by big multinationals – though you’d be hard pressed to figure that out from the labels. Gareth Shute sorts through the confusion to bring you a list of truly local breweries.

The craft beer scene has seen an explosion of local beer brands over the past decade, but beer lovers who also want to support small local businesses may find it tricky to know where to put their money.

Case in point: the sale of Tuatara in 2017 to Heineken-owned DB; Founders being purchased by Asahi-owned Independent Breweries in 2012; and the Kirin-owned Lion buying Emersons in 2012, Panhead in 2016 and Harringtons in 2018. Further back, there was the purchase of Macs by Lion in 1999.

To add more confusion, the multinational-owned alcohol producers have also created their own craft brewing wings. Boundary Road was started by Independent Breweries/Asahi, Black Dog was created by DB/Heineken, and sustainable brewery The Fermentist by Lion/Kirin. These sit alongside supposedly local brands already within these bigger companies, such as Speights (Lion/Kirin) and Monteiths (DB/Heineken).

In 2017, Garage Project’s Jos Ruffell told The Spinoff it was unfortunate that some local drinkers “think they’re drinking an independent brewery’s beer, not realising it’s owned by a multinational”. He also pointed out that when small breweries are sold, it also means that any taps they’ve put into venues become owned by the bigger breweries.

In order to rectify some of this confusion, the list below collects together a dozen-and-a-half local breweries that are still independently owned and operated. It’s certainly not every independent brewery in New Zealand, but there are options that should satisfy everyone from price-conscious drinkers through to craft beer aficionados. 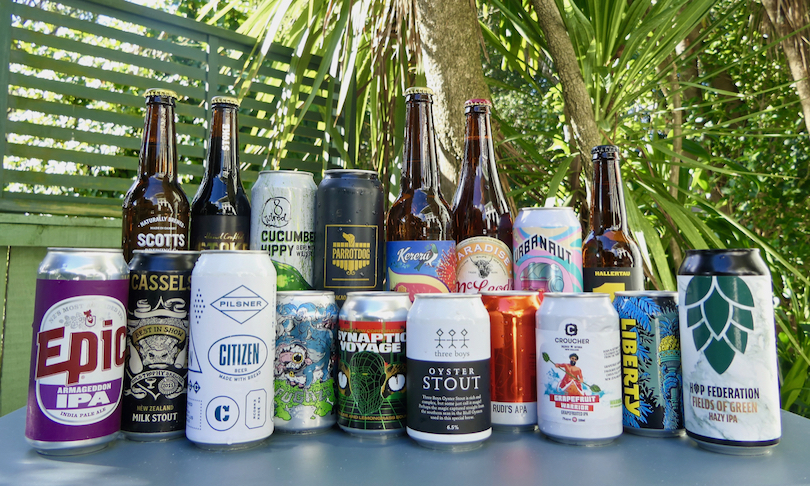 Former biochemist Søren Eriksen initially brewed 8Wired at long-running Blenheim brewery Renaissance, but 8Wired now has its own site in Warkworth, north of Auckland, as well as a taproom in nearby Matakana. Eriksen and his wife Monique financed 8Wired with his winnings from the national poker championship (in 2009 and 2010).

Known for: For 10 years, the iStout has been among the top-rated NZ beers on US website ratebeer.com, while 8Wired’s Wild Feijoa is a surprisingly successful fruit beer. Eriksen makes some of New Zealand’s best sours, with a comprehensive barrel-ageing programme.

Joe Shanks, Zak and Alasdair Cassels’ family-run Christchurch brewery suffered significant damage in the February 2011 earthquake, but used the rebuild as an opportunity to grow bigger and better.

Known for: Their Milk Stout has won two awards at the World Beer Awards.

Donald Shepherd and his team use waste bread to replace 25% of the malt in the beer brewing process. That’s not all – leftover mash is used to make sourdough bread.

Known for: Their pilsner is most popular, but they also have an IPA, pale ale and a mid-strength lager all produced at independent Matakana brewery Sawmill. Paul Croucher and Nigel Gregory started Croucher in 2004 along with accompanying brewpubs in each of their hometowns, Rotorua and Tauranga. Croucher has a PhD in chemistry and it shows in their well-balanced brews.

Luke Nicholas has injected a huge amount of energy into local brewing since he started in 2006, encouraging other brewers and pushing the limits by taking hop intensity to extremes or upping the alcohol content to bring out new flavours. Epic is based in Auckland.

Known for: Epic’s regular collaborations with other breweries are always worth discovering, though their key brews are Hop Zombie and the Armageddon IPA (the most-awarded NZ IPA). 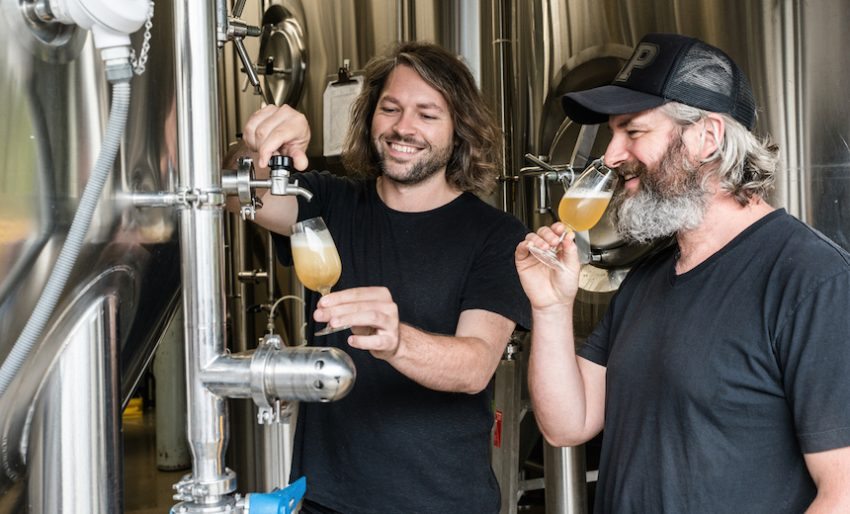 Over the past 10 years, Garage Project has produced hundreds of different beers, which you can order online or try in their tasting rooms in Wellington or Auckland.

Known for: Their core beers include a lager called Beer, a mid-strength ale (Fugazi), and session ale (Hāpi Daze), though serious beer nerds may be tempted to blow the budget on their 18-month aged porter, Cockswain’s Courage – Double Barrelled Edition.

Hallertau’s reputation led a podcaster from the Brewing Network (US) to visit their tasting room straight from the airport, not realising a taxi out to Stephen and Hayley Plowman’s Riverhead brewery, north-east of Auckland, would be such an expensive endeavour!

Known for: Their core beers are simply named 1-9 and all are excellent representations of their style, while braver drinkers will enjoy their sour beers Funkonnay and Primal Descent.

Simon and Nicki Nicholas started brewing in Riwaka, near Motueka in the heart of the top of the South Island’s hop-growing region, in 2013, then in 2020 became part of Kono, a Māori-owned food and beverage business that grows hops nearby.

Known for: Hop Federation aren’t as obsessed with hop-heavy beers as the name might suggest – in fact it’s their lager that’s won gold at New Zealand’s two main beer awards. Known for: Kererū produce two varieties of gluten-free beer (Auro and Apex), as well as other award-winning beers – notably their Feijoa Weisse and Imperial Nibs stout.

Joseph and Christina Wood’s Liberty brewery (in Helensville, north-west of Auckland) joins 8Wired and Garage Project in having some of the highest-rated NZ beers on ratebeer.com.

Known for: Liberty’s bold-flavoured approach is exemplified by their Citra Double IPA, an intensely hoppy but dangerously drinkable 9 percenter.

Geoff and Clayton Gwynne were pizza restaurant owners before moving into beer in 2014. Brewer Jason Bathgate (formerly of 8wired and Renaissance) joined in 2017. They’re based in Waipū, Northland.

Known for: Tasty session beers (like their award-winning Longboarder lager) through to more full-on brewing experiments (Black Sour Aged in Pinot Noir Barriques). Keep an eye out for the excellent 802 limited series of unfiltered IPAs.

Known for: Highly drinkable beers often with unique flavours – Joy is a hazy IPA “juiced up” with passionfruit and pineapple, while Synaptic Voyage is a Thai lime and lemongrass sour.

In August 2016 the three Matts (Warner, Kristofski, and Stevens) launched a PledgeMe campaign to expand Parrotdog. The Wellington brewery’s strong reputation saw them raise two million – almost twice their target – which allowed them to open an expanded brewery and bar in Lyall Bay.

Known for: A great core range of an IPA, APA and pilsner, which have all won local awards. The very reasonably priced six packs of Birdseye Hazy IPA have been hugely popular, deservingly so. 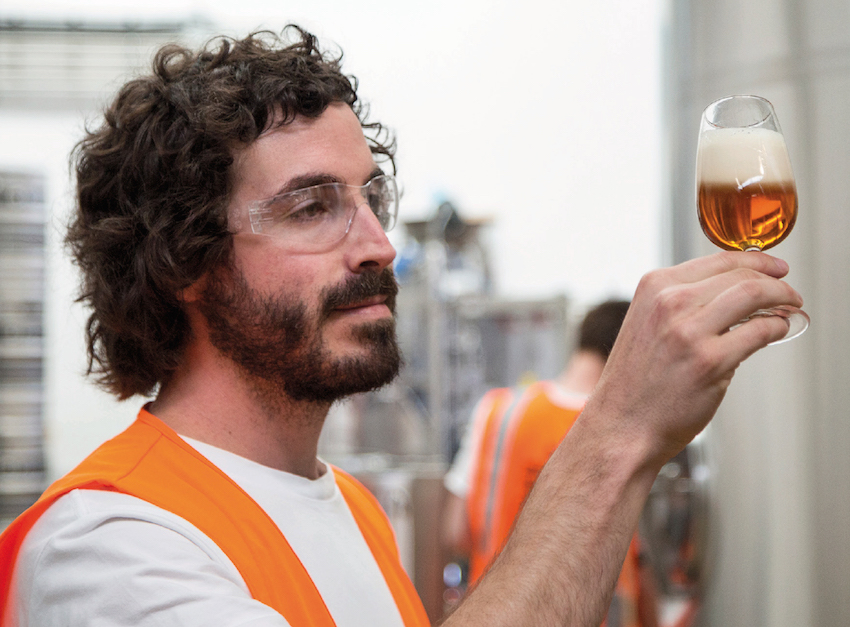 Known for: A very price-competitive lager ($29 per 12pk), as well as a hops-packed APA.

Phillip Scott has coeliac disease so started out brewing only gluten-free beers. Scotts is part of a thriving little brewing scene in Ōamaru which also includes Belgian beer specialists Craftwork.

Known for: One of the most widely-available gluten-free beers.

Dean McCashin got into brewing through his father Terry, the original founder of Mac’s Beer. The McCashins also brew Wakachangi in a joint venture with comedian Leigh Hart.

Known for: Sessionable craft brews, a flavourful mid-strength beer (2Stoke), and straight-up lager Wakachangi all at a very reasonable price (around $20-25 per dozen).

Ralph Bungard and Brigid Casey returned from the UK and weren’t impressed with the local beers so started this Christchurch brewery back in 2004.

Known for: Their Oyster Stout is legendary (oysters might seem an odd ingredient, though not as out there as Choice Bros’ Stag Semen Stout).

Simon Watson, Thomas Rowe and Bruce Turner have their brewery and tasting room in Morningside, Auckland, which is also where Yeastie Boys brew their legendary Pot Kettle Black (as well as in Hong Kong and the UK!).

Known for: Along with their very sessionable pilsner, they also have a “beer blender” range, two-packs of 250ml cans to be tasted separately then poured together to make a third brew.