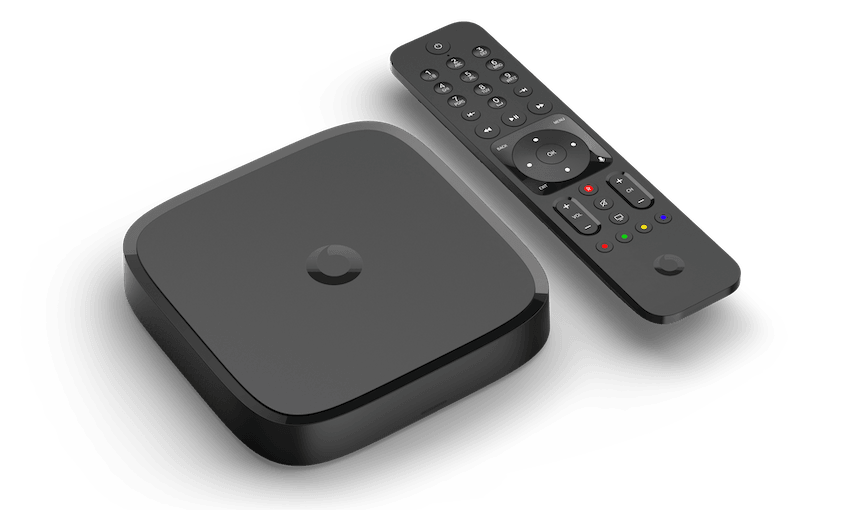 This box is different. Image: supplied

Review: the new Vodafone TV is the last box you’ll ever buy for your telly

This box is different. Image: supplied

Vodafone TV is yet another damn thing to plug into your television – but one you really should take a look at, says Duncan Greive.

A small box – about the size of a sandwich – which you plug into an HDMI port on your television, along with a simple remote to operate it. The idea is that it takes all of your television products, from Netflix to Māori TV, and puts them in the same place. It’s an updated version of a product which didn’t have the greatest reputation – and is (based on a five day run) a vast improvement.

As the prior owner of an Apple TV, multiple Chromecasts, an HDMI splitter, an external hard drive, two Blu-ray players and three different generations of Sky box, I can relate. But this box is different. This is the end of boxes. The one box to rule them all. A box which contains all your (legal) streaming services, all your linear channels, plus Sky. All that, and space for 500 hours of recordings. Sounds pretty good! But that description radically undersells it.

It’s the interface. Linear and streaming are fundamentally different propositions, and don’t necessarily play well together. A litany of failed Sky TV products over the past few years have shown how hard this is to get right. Vodafone TV feels like it was designed to solve that problem, and is likely what was planned to be the product of the Vodafone-Sky merger which the Commerce Commission denied a couple of years back.

You start on a neat black screen, with shows you’ve been watching to the right, linear channels stacked in the middle and streaming services to the left, accessible either combined (useful, but thin) or separately (ie the way you’re used to).

I don’t really watch linear, so…

Me either, at least not nearly so much as I stream – but this makes linear far more accessible than it has been. This is because you have the ability to restart any show from the last three days, any time, and fast forward the ads at lightning speed. Having used it for five days now, this is where most of its utility comes from – I’ve found myself watching far more linear than I have in years. And because it’s all internet-delivered, there’s no need for a TV aerial or satellite dish. As a result, a box with two cables (one power, one HDMI) allows you to take all your television wherever you go. This is particularly useful when taking Sky to a friends to watch the cricket or Succession – previously a deeply frustrating and risky move, now made extremely easy.

How much of my life will I lose setting it up?

It’s a breeze. From unboxing to couch potato took around 15 minutes, including getting onto wifi (on fibre it runs perfectly over wifi, slower connections will likely need an ethernet cable) and logging into Netflix, Lightbox, Neon, TVNZ OnDemand and ThreeNow. I also subscribed to Sky – instead of waiting days for an installer, you can have a fully functioning sub up and running within seconds. This accessibility will be a huge advantage to Sky if the box takes off, as it fights to make itself relevant to younger consumers.

The UX is very good. There is a logical complexity to handling the differing dynamics of live and on demand television, but the slightly cramped homescreen handles it well without favouring one or the other. Once up and running I found channels changed as seamlessly as with an aerial, and faster than with Sky’s current box (more on this shortly). The combined streaming interface is fairly basic, but the apps are very accessible, so it’s not a major issue. There is a bit of learning to do around how to start a show which is already playing, but it’s mostly pretty intuitive. And being able to move back in time is extremely compelling – as a media nerd, watching the first ten minutes of both news broadcasts has already become routinised for me, and there’s no urgency around remembering that a show is on anymore.

It’s even better for Sky subscribers – Vodafone TV is genuinely a far better interface than the current MySky. It’s faster, more portable and much more comprehensive thanks to the three day catchup window. Sky will rightly be mortified that an outsider has a better interface than its own product – but the commercial upside of making its product more accessible easily outweighs that negative.

Not quite. There are a few fairly low-impact bugs rattling around. White dots along the top of the screen on some Sky channels. A beeping sound when coming off pause on delayed shows. When I tried to stream Pen15 for the first time it started on the last episode, rather than the first. Fast-forwarding ads is a bit of a guessing game, as the picture stays on the last frame – but it’s so fast that it’s not too hard to shuffle around within a show anyway.

How will this impact New Zealand’s TV industry?

This is where it gets really interesting. It has the potential to become a major player very quickly. Before Vodafone TV I’d regularly switch between an HDMI for Sky, a Netflix button and various apps within an Android homescreen. This takes them all out of play.

It also feels like a big win for linear in some respects, taking the best of it – it being live, and the throwback intangible pleasure of watching with the rest of the country – while making it far more accessible.

The danger is that ads are even less visible than before. Now, Nielsen may well simply report the watching numbers, which will thus be reported to advertisers irrespective of whether people actually see the ads. But this feels distinctly different from MySky, wherein you see the ads even as you fast forward them. Within Vodafone TV, they’re entirely invisible.

Add this to the accessibility of previously played programming, which encourages less appointment viewing, and you have another blow to the ad-funded model. Ratings are significantly down this year, and the whole industry is struggling – the last thing it needs is for a wildly successful product which makes advertising even less effective. Yet for users, ad-free is one of the best selling points. (Update: a Vodafone rep says this will change in the coming weeks – so might not be as perilous as it now appears). It’s also a way into streaming for older New Zealanders who might have been holding off – the best bridge between the two styles I’ve seen. Between this, the advertising bypass and its potential to revive Sky, Vodafone TV has the potential to have a huge impact on television in New Zealand.

Should I buy one?

Probably. The portability, the speed, the dual functionality and its working over wifi all make Vodafone TV the first new piece of hardware in some time which feels really essential. Even if you currently have the various parts working independently, it’s surprising (and instructive) how much an interface can change your consumption habits.

For those who have cut the cord – anywhere from 6% to 27% of households (and half of The Spinoff’s readers, according to UMR), depending on which surveys you believe – it’s even more useful: a small, portable, easily setup and relatively cheap device which merges multiple subscriptions, logins and gives you access to linear. If that sounds useful to you, it’s well worth the cost of entry.

Vodafone TV is available nationwide and priced at $179