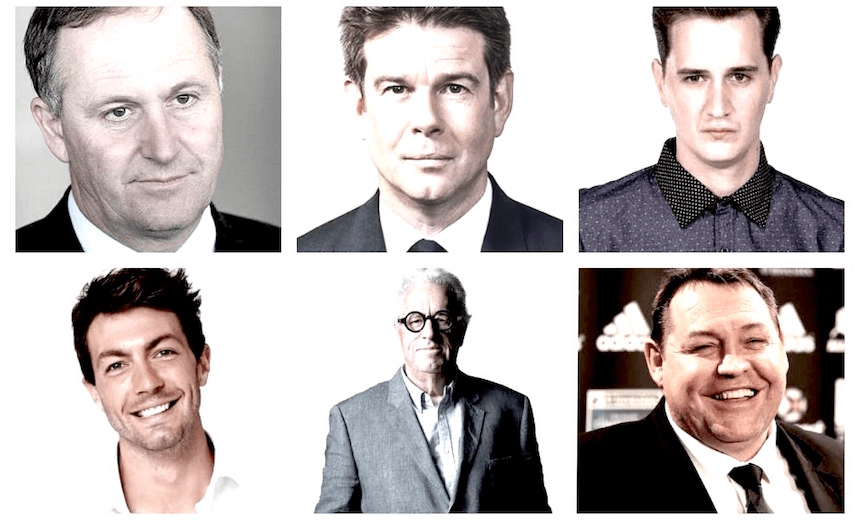 Are New Zealand’s Quotes of the Year Really All By Men?

Earlier this week Massey University released their list of the quotes of the year. They were all by men. Alex Casey finds that a little odd.

This week Massey University has released their list of contenders for 2015’s Quote of the Year, with competition organiser Dr Heather Kavan pointing out that 2015 has shown a notable lack of quotes by politicians. It doesn’t take a magnifying glass to see that there is something else missing as well: women.

Of the ten contenders put forward for this competition, only one of the quotes came from a woman. Only it’s her recollection of a man’s words. And it’s one of the most powerful men in the country, whose weird statement of harassment will probably be printed on a bumper sticker someday. Other than that, we have broadcasters, rugby players, reality heart-throbs and students – all of one gender.

My concern, if my memory of high school exams is correct, is that history only tends to remember quotes, and that this damn piece of crap list might get printed off, shot into space, and picked up by alien life as the only surviving piece of evidence of life in New Zealand in 2015.

It’s a shame people in the future won’t see the reality that, in 2015 and ALWAYS, there are just as many women pinging out zany one-liners or making important, breathtaking statements. The only difference is that no one making our very important lists seems to be paying any attention.

I decided to try and analyse a few of the nominated quotes to see if they really warranted a slot on such an era-defining and representative list.

Amanda Bailey’s recollection of John Key’s drop dead creepy zinger before he pulled her ponytail in a long-running stint of physical harassment. Yes, we found out this year that our Prime Minister pulls women’s ponytails and we are all good with it, at the end of the day he’s just a larrikin bloke and that’s what real New Zealanders want.

ACT MP David Seymour, the world’s oldest boy, was explaining that some countries love national logos but don’t necessarily put them on their flags. His example was France, and that they adore their national logo of The Gallic Rooster, also known as le coq. What our leaders of academic industry found particularly enticing about this was that coq sounds like cock, which is another word for penis. Also, incidentally, a key piece of anatomy needed to secure a place on this list.

After Poppy Salter popped out a surprising and ultimately watershed fart on The Bachelor NZ, I was sure it would be remembered in the annuls of history forever. The fart spoke volumes. Poppy did all the leg work – at what I’m assuming was a massively lower pay rate – and yet Art Green sweeps all the accolades. This is a very niche corner of mansplaining, which I hereby declare ‘fartsplaining’.

“We’ve been asked to vote for the tallest dwarf.”

This is literally an extremely popular saying straight from the halls of Urban Dictionary. Hate to play Devil’s advocate here, but where’s my luxury prize for dropping clichéd idioms at the drop of a hat? We’ve had the wool pulled over our eyes on this one: this is not only lazy but exceptionally dwarfist. Oh well, no point crying over spilt milk just because someone isn’t playing with a full deck.

“I survived the Kills!”– Joe Irvine

No disrespect to Joe Irvine, but this electric television moment shouldn’t be remembered by a TWEET, but with Kills’ killer line of venomous assonance. “I personally find it artistically atrocious” is a far more resonant, punchier memento than this, which is essentially a slogan ripped from the dusty Fear Fall merch at Rainbows End. Also, can you ever imagine anyone admiringly quoting this aloud?

“No man should have his wife’s brain on his shirt.” – Philip Morgan

This is a casual as quote from a domestic murder retrial, because we live in a country where one in three women will experience abuse from their partners in their lifetime. It’s particularly grim that the only representation of a women’s brain on this list has to be so unrelentingly literal.

All I can hope is that, along with this reductive list of the New Zealand experience in 2015, people in the future might also see this Boot’s Theory list of women’s quotes, or the hashtag #quotewomen2015. There’s so much more to us than farts and ponytails, and it’s about time that people stopped burying their heads in the (squeaky) sand.

Read more from Alex Casey on feminism and television here