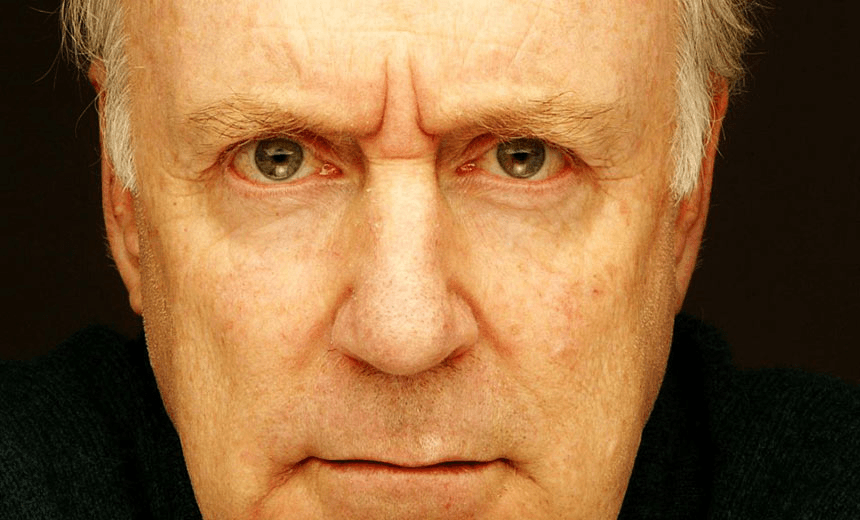 The 5 best non-obvious things John Clarke ever did

So there he goes, a titan of New Zealand comedy has left us. Has any other satirist caught the ridiculousness of New Zealand life better than John Clarke? He’s famous for Fred Dagg and We Don’t Know How Lucky We Are of course, but here are some lesser know classics.

Written for his website in 2014 this short essay contains truths in nearly every crevice. “During the early 1980s however, the New Zealand economy was put in the hands of finance ministers due to a filing error, and authorities are still looking for the black box.”

For someone who hadn’t lived in the country of his birth for decades, Clarke still had a handle on what we were up to. And he wrote perhaps the most accurate thing ever written about Aotearoa: “The country works a lot better during the weekends than it does during the week …”

4. Announcement of the All Blacks

Clarke understood that New Zealand life was a crucible in which burnt both the sparks of Rugby and The Arts. Clarke brilliantly highlighted the two sides of this bung old coin of a country in his 1995 announcement of a World Cup All Blacks side comprised of artistic practitioners: “Props: K Hulme, West Coast; M Mahy, Canterbury. Hooker: J P Frame, Horowhenua.”

The sketch burbled to prominence again in 2012 after Toby Manhire noted the introduction in a leaflet for the New Zealand Literary Heritage Trail written by the then prime minister, John Key. In his endorsement Key made a strange back swipe indicating that our “… literary heroes may never challenge the glory and respect given to our All Blacks …” A sentiment clearly written by someone who’d never heard of Clarke’s Arts-based squad.

3. The Things She Did

Published as an essay for Overland, Clarke’s eulogy for his mother is beautiful and touching.

Many years ago when I was working for the Auckland student radio station 95bFM one of our hosts was interviewing the great man himself. I can’t remember why or what the interview was about, but it no doubt involved something about the death of NZ satire, which was a line of questioning the country’s media inflicted upon Clarke again and again.

After the interview we kept him on the line to record a sting for the station, which was very nice thing for him to do. It started off fine: “You’re listening to The Wire on 95bFM”, but immediately it devolved into something else. “I don’t know why I’m doing this, it’s all pointless, isn’t it?” That final statement delivered with the air of a man dragged over the coals of a miserable life.

I was so happy.

This is basically Clarke trying his hand at abstract ambient soundscapes via the recreation of a session of Parliament. It’s remarkably effective, the only fault being it perhaps underplays the real life cacophony.