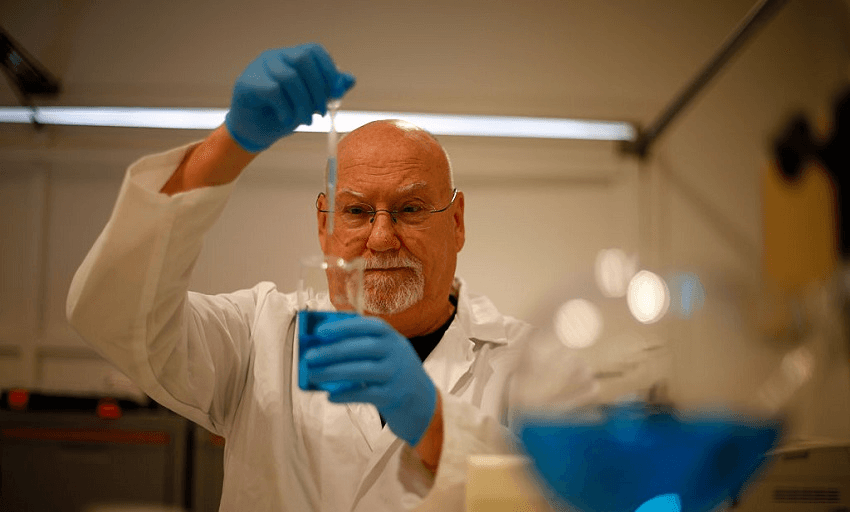 Why is Sir Ray Avery trying to take down the news?

Unhappy with Newsroom’s coverage of him in recent weeks, scientist and philanthropist Sir Ray Avery has filed a complaint with NetSafe alleging that its stories contain false allegations that have caused him emotional harm. Andrew Geddis explains why Netsafe’s decision will be a landmark one.

Since launching last year, Newsroom has shown a willingness to stay on a story even after other media have forgotten about it (see its coverage of Todd Barclay), publish on things everyone knew about but wouldn’t say (see its coverage of the Russell McVeagh intern scandal), and question matters that everyone else seemed happy to accept as gospel.

Into this latter camp falls its ongoing coverage of scientist and philanthropist Sir Ray Avery. In a series of articles, Newsroom has raised doubts over some of Avery’s widely praised past and promised contributions to people’s health in the developing world. As Newsroom itself pointed out, this somewhat sceptical approach to Avery differed markedly from the glowing praise that our media generally lavished on him and his stated achievements.

It would be fair to say that Sir Ray was not impressed with this challenge to his public profile, and he’s got at least one faded star of the internet past on his side. But if Sir Ray thinks that Newsroom has done him wrong in its coverage, there are ways to rectify that. There’s the Media Council and its standards for good reportage, and there’s the High Court and an action for defamation.

And there’s always NetSafe, which can field a complaint that Newsroom’s coverage is a harmful digital communication that has caused Sir Ray Avery significant harm.

Well, apparently that’s what Sir Ray is trying to do. As Newsroom reported today, he’s filed a complaint with NetSafe alleging that five of its stories written about him were “written with the purpose of harassing him and contain false allegations” that have caused him emotional harm.

Netsafe is now in the process of trying to resolve the matter through mediation, but it clearly won’t be able to because Newsroom has no intention of removing its stories or ceasing its ongoing coverage. That means that after NetSafe admits defeat, Sir Ray will go to the District Court and ask for a binding order that the stories be removed, that Newsroom doesn’t publish any more stories about him, and that it publishes a correction and apology.

If such orders were ever actually granted, it would be an incredibly concerning development for media freedom in New Zealand. Already Greens MP Gareth Hughes and ACT MP David Seymour – both of whom voted against the law because of fears such as this – have been on Twitter effectively telling us “I told you so”. But how likely is Sir Ray going to get what he wants out of his complaint?

To my mind, he’s pretty much sure to lose. Because countering any claim he may have that his situation can somehow can be brought within the legislation’s technical wording is Newsroom’s right to freedom of expression and the undoubted public value of the genuine journalism it’s carried out on this issue. The Harmful Digital Communications Act must be applied in a way that doesn’t unjustifiably limit this right.

Indeed, I’d go so far as to say that the fundamental importance of that right makes it “inappropriate” for NetSafe to take any further action on Sir Ray’s complaint, and so it should refuse to do so under s.8(4). And should Sir Ray subsequently complain to the District Court, it should use its power to dismiss the proceeding under s.12(3).

If it doesn’t do this, the Harmful Digital Communications Act will become a pathway for anyone upset by how they’ve been covered by digital media (which, let’s face it, is all media these days) and seek to have that coverage scrubbed from the internet. Even if they don’t win – and I think it’s almost unthinkable that a challenge to genuine news reporting could ever do so – the costs in time and money will be yet another drain on already strained news organisations.

Sir Ray’s case is thus an opportunity for NetSafe and the District Court thereafter to set a precedent. They can make it abundantly clear that the Harmful Digital Communications Act will not be able to be used to either take down or prevent genuine news reportage. After all, as I’ve already noted, the Media Council already exists to assess and rule on precisely the issues Sir Ray is complaining about.

And if these organisations don’t take this opportunity to make that clear? Well, as Jacinda Ardern said in her third reading speech when the Harmful Digital Communications Act was enacted in 2015: “[Labour has] massive reservations about whether this is the right way to [prevent harm], but on balance we have agreed to see where it takes us. But let us, at least, as a Parliament, be wise enough to accept that this is new territory and that it would be wise of us to keep a very watchful eye on the way that this legislation works.