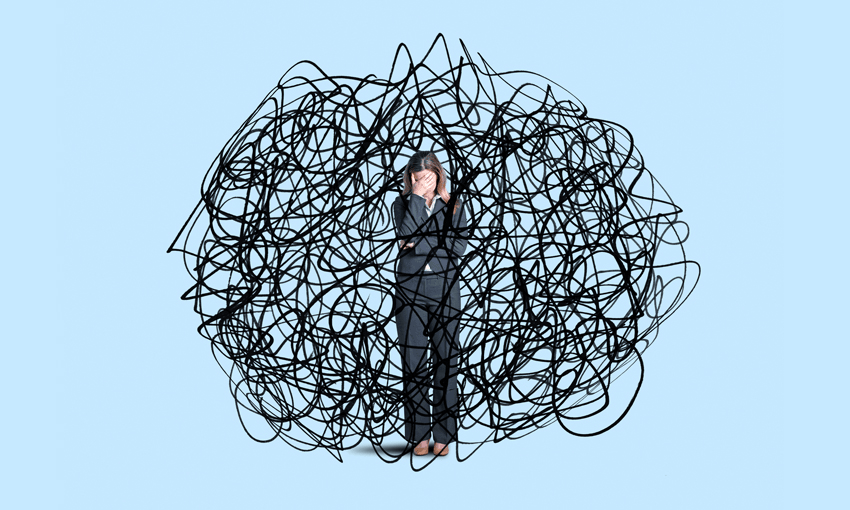 Fears of failure, sickness, injury and many other negative ideas become impossible to ignore without the right tools (Image: Getty Images)

A third of us feel financially strained, and it’s hurting our mental health

Fears of failure, sickness, injury and many other negative ideas become impossible to ignore without the right tools (Image: Getty Images)

A new report measuring New Zealanders’ financial wellbeing highlights how key sectors of our population are feeling stressed over money, and how Covid-19 has made that worse.

Money can’t buy happiness, but it sure can help. After all, it’s what puts food on the table, a roof over our heads, and the power to buy and do what we like. Whether we have enough of it can impact the quality of our lives not just materially, but mentally and emotionally as well.

Released this week, Kiwi Wealth’s State of the Investor Nation 2020 report found that nearly a third of New Zealanders felt less wealthy in June. The survey, which tracks New Zealanders’ attitudes towards saving and investment, is usually conducted annually in February, but with the dramatic events of Covid-19, an additional survey was commissioned by Kiwi Wealth to measure the country’s post-lockdown mood.

While the downturn in financial optimism could be considered unsurprising, the flow-on effects of economic uncertainty into the general wellbeing of New Zealanders is confronting. This year, the report featured questions on how New Zealanders felt in order to get a holistic picture of the way the country’s wealth and health interact.

“I think it’s really important to measure people’s stress levels and we felt like we didn’t get a good view of that from the last survey, so we made sure that was taken into account. Because when you don’t have financial wellbeing, it can really amplify other stressors in your life.”

For the February report, more than 2,000 New Zealanders were asked to describe their lifestyle; while the majority (48%) said they could afford to spend on some luxuries on top of basics like food and accommodation, more than a third of respondents said they were either just managing to get by (23%) or struggling to make ends meet (8%), particularly those from some of our most financially vulnerable groups, such as Māori and Pasifika and renters.

Several of those groups also registered the highest levels of emotional strain. The report found that younger New Zealanders (18-34-year-olds), lower-income earners (less than $70k a year), renters, and those without savings had significantly higher levels of unhappiness and stress.

Then when the survey was conducted again in June following the Covid-19 lockdown, those who felt they were either just managing to get by or struggling to make ends meet had increased from 31% to 33%. Those who said they were unhappy or had poor overall wellbeing also increased from 24% to 29%, and 31% to 33% respectively (although interestingly, fewer people said they felt stressed in June, which could come down to the effective health response and the waning threat of Covid-19 in New Zealand).

The truth is, mental health and money are often linked. Together, they can form a vicious cycle with poor mental health making money management harder and poor money management making your mental health worse. For example, if you’re depressed you may need to take time off work, but taking time off work could, in turn, worsen your depression. And while feelings of stress or unhappiness don’t necessarily indicate mental illness, they can still seriously affect your ability to make things better.

“If you’re in a ‘fear state’ and a ‘stress state’, your decision-making ability is questionable. Everything that you filter in, interpret and respond to is all based on that fear state rather than actually seeing the situation [for what it is],” says Angela Vale, a life and career coach, whose interest in financial health and personal wellbeing inspired her to start Footprint, a digital provider of online wills.

“Everything is connected to our mental wellbeing,” she says. “For example, an employer might provide outplacement support (a support service to help former employees transition to new jobs), but that barely touches the surface of the issue because when a person loses their job, yes they want to replace that income, [but they’re going into the job market] in a fear state.

“The way to help people is to lift their confidence and empower them, because the more we can prove to ourselves that we’ve got this, that we can do this, the more that improves our decision-making ability.”

It’s an interesting point considering our current Covid-19 climate, with job losses, business closures and pay cuts proving increasingly common. Unemployment, for example, has led to more people under financial strain, but it’s also led to more feelings of loneliness – particularly under lockdown – with many New Zealanders losing a key form of social connection through their colleagues, as well as a sense of self and identity in their everyday lives.

As our economy recovers from the impacts of Covid-19, prioritising our mental health is more important than ever. Feeling stressed and unhappy can often lead to lower productivity and increased absenteeism, which can have a flow-on effect on our businesses, many of which are already struggling to get by. Fortunately, the government pledged billions of dollars last year to fund mental health services, which, if it successfully follows through, could help not just our financial wellbeing, but the wellbeing of all areas of our life, too.