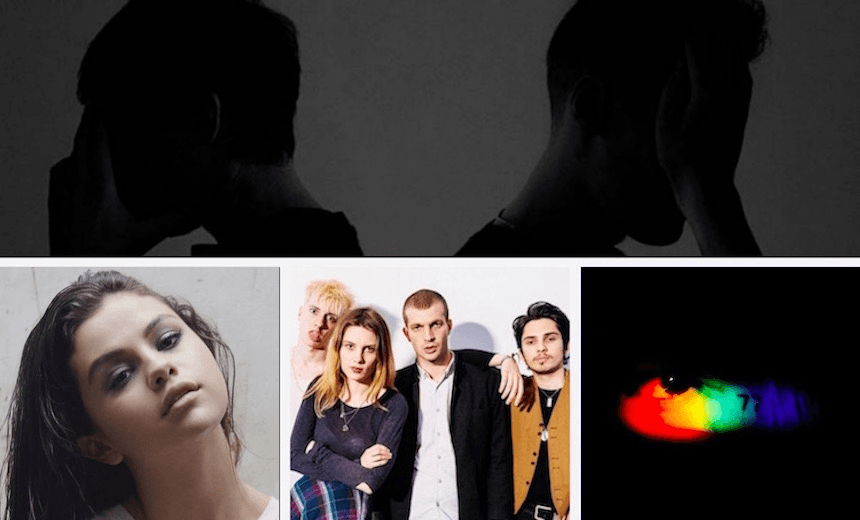 Starting with ‘The Heart Wants What it Wants’ in 2014, Selena Gomez embarked on a streak of hot singles as good as anyone currently active. Discounting ‘It Ain’t Me’ and ‘Same Old Love’ – neither of which are awful by any means – everything else from 2014’s ‘The Heart Wants What it Wants’ on has been exceptional. ‘Fetish’ continues that trend using much the same elements which have proven so durable for her through that period: a breathy, rhythmic delivery, earworm hooks and superbly cast production. It takes more than 30 seconds for the first drum beat, which brings with it a blasting wash of quasi-industrial synth that sinks claws into Gomez’ vocal, and perfectly deploys Gucci as a chaser near its conclusion. ‘Fetish’ is a slow, druggy rush of desire, evidence that despite her being situated a ring or two out of pop’s centre, Gomez is locked in as one of its most consistent and musically coherent artists. / Duncan Greive

Rhye make the type of music that you can’t sing along to, you can’t really dance to, but you can certainly groove to. Their latest release ‘Summer Days’ is no different. With minimalist drums and fluttering synths there’s not a whole lot going on, but it’s enough to get you nodding along. And at 2:39 it’s extremely short by modern standards which means if you’re not paying attention it’ll pass you by… just like those Summer Days we’ve all forgotten about in our current frozen states. It’s classic Rhye which means it’s inoffensively listenable. / Madeleine Chapman

Diaz Grimm has long been a big fish in the small parochial pond that is Cambridge. Throwing heavily Messianic vibes in both song and conversation, he’s spent the last five years looking to create music with which to spawn a movement, and for a time his collaboration 7 Gang briefly brought together most of the creative talent in Hamilton, birthing raves, fashion lines and production companies alike. Now he’s looking abroad.

Foreigners comes on the back end of Grimm’s foray into the sanctioned chaos of SXSW, a trip which had him bumping shoulders with everyone from the A$ap crew to Chance the Rapper. Lyrically it continues the overall theme of his work – breaking down doors, taking over the scene, et cetera ad infinitum. Iva Lamkum’s chorus is a tasty little earworm and breaks up the heaviness of the trappy beat and aggressive verses. But the highlight of Foreigners is easily the sign off, which is one of the best in rap:

You’ve got to respect a band whose name and cover art tells you exactly what they’re gonna sound like. Widowspeak’s new album cover is a photograph of a house window at night lit up by a lava lamp; the band name and album title are written in the top corner in a kind of spidery handwriting. Chances are extremely high this record is going to feature sad guitar with a lot of reverb and maybe a singer who sounds a bit like Hope Sandoval out of Mazzy Star. And ‘Dog’, the first track released from the New York band’s forthcoming album Expect The Best, absolutely delivers. Perfect inside-on-a-freezing-winters-day music. / Calum Henderson

Takes Chrystal Chenery’s famous hashtag (I know she didn’t invent it, but she did deploy it perfectly so shush) and lazily stretches it into a chorus which sounds a lot like Xtina circa ‘Lady Marmalade’, aka not great. It’s a true shame, because the verses are excellent, Demi “out her looking like revenge”, while her ex is “looking like regret” over this throwback production with big piano chords and screwed vocal interludes. ‘Sorry Not Sorry’, then, is Demi coasting, which would be fine from most, but unfortunately for her she lives in the shadow of an imposing peak – the supple power of ‘Give Your Heart a Break’, a single with about five potential choruses, any one of which could have bested this one. / DG

I am living for the shift between whispered verses and shouted choruses in this song, and living even more for the slow build in the middle-eight to the last chorus. With it’s persistent drums and sparkling guitars, this song is dying for a savvy music supervisor to use it in a trailer for a not-quite-mainstream-but-not-quite-indie-coming-of-age drama or at the moment in the film where the girl walks into the prom, and the only lighting on her face is coming from the anachronistic disco ball, and it goes slow motion but not quite, and then she sees the dude/girl she’s in love with and her entire world changes. It’s that kind of song. / Sam Brooks

Dizzee Rascal – ‘What U Gonna Do?’

I’ve always wondered how artists handle the existential crisis of being hot one minute, then gone the next. That frustration of failing to replicate the ungraspable environment of a moment in which a hit song was created. Hip hop’s world of fast excesses seems especially vulnerable to this sugar crash. Dizzee Rascal’s contemplation of someone else’s failure on ‘What U Gonna Do?’ is a graphic and rather sad imagining of a rapper’s fall from fame and fortune.

“Sitting there trying to write the same old songs, trying to work out where it all went wrong/ What u gonna do when your fans don’t care, because they all grown up, and they all moved on?” the English grime artist asks. As a partially grown-up former Dizzee fanboy, listening to a song that sounds like I’ve heard it before feels somewhat ironic. / Simon Day